What would you do if you saw someone breaking the law? Would you report the offender to the police? Confront them? Or would you do nothing?

We recently asked more than 2,000 fishers in seven countries what they would do if they saw a poacher in a protected marine area.

Read more: How to tackle the rising tide of poaching in Australia's tropical seas

A key problem is the lack of enforcement resources. An increasing number of governments and management agencies are encouraging fishers to help, by understanding marine protection rules and reporting poachers.

Yet little is known about how fishers respond when they witness poaching.

If you see something, say…nothing

We surveyed more than 2,000 fishers near 55 marine protected areas in Kenya, Tanzania, Madagascar, Indonesia, Papua New Guinea, Costa Rica, and Australia, asking if they had recently seen someone poaching – and if so, what they did.

We found nearly half had witnessed poaching in the last 12 months, and the most common response was to do nothing.

This was particularly prevalent on Australia’s Great Barrier Reef, where nearly 80% of fishers did nothing after observing poaching. In six of the seven countries we surveyed, fishers said their inaction was because they wanted to avoid conflict – a sensible strategy in places such as Costa Rica, where illegal drugs are commonly trafficked on boats from South America to the USA.

Read more: Why poachers persist in hunting bushmeat -- even though it's dangerous

However, avoiding conflict was rarely the rationale around the Great Barrier Reef. Fishers in the Reef cited three main reasons for inaction:

Given the growing concern over the health and future of the Reef, it’s important to enlist fishers in the fight against poachers. Encouragingly, many of the reasons for inaction can be fixed with better education and community outreach efforts. 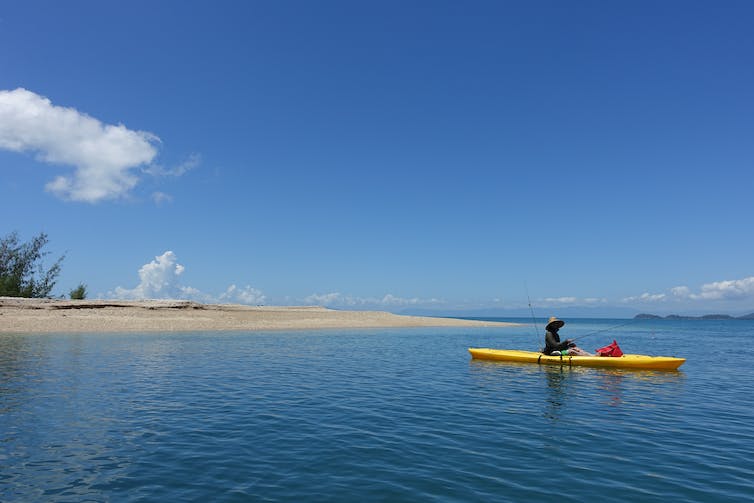 Poaching plagues the world’s marine protected areas, largely due to a lack of enforcement resources. Fishers like the one above may be able to provide much needed surveillance and reporting, but care needs to be taken to ensure they are not put at risk in doing so. Brock Bergseth

For instance, the Great Barrier Reef Marine Park Authority already has a hotline that fishers can call to report suspected poaching. But we found fishers regularly said they did not know how or where to report.

Promoting the hotline – perhaps by publicising times when it led to a poacher being fined or charged – would serve a double-purpose. It would be more accessible to legitimate fishers, and act as a deterrent. Our past research has found that a perceived low risk of detection acts as a motivation to poach.

It’s important to remember the vast majority of all fishers on the Great Barrier Reef do not poach. Almost all fishers think poaching is both socially and personally unacceptable.

But previous research suggests poachers do tend to over estimate how common poaching is. This is called “false consensus effect” in psychology, and helps poachers to justify their poaching behaviours because they believe “everyone else does it”.

By promoting understanding of anti-poaching rules, and actively enlisting fishers as environmental stewards, we can reduce the (false) idea that poaching is common, justifiable and harmless.

Read more: Why it's so hard to fight fisheries crime

Defending environmental rights can be a risky business and can expose fishers to potentially harmful retaliation by poachers; we certainly don’t suggest fishers take the law into their own hands if they witness poaching.

But there are many non-risky ways for fishers to report poaching, such as hotlines in the case of the Great Barrier Reef. Promoting these avenues can help address the enforcement shortfall that is severely limiting the success of marine parks around the world.