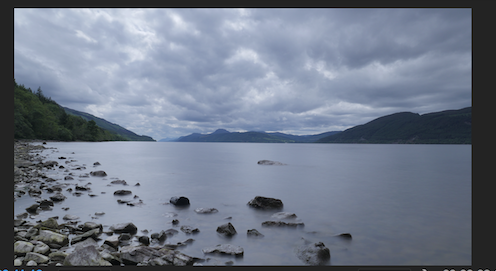 With the help of environmental DNA, scientists are compiling a census of life in Loch Ness, which should establish if there is any scientific basis to the centuries-old legend of the Loch Ness monster.Supplied, CC BY-SA

Reported sightings of the Loch Ness monster go back to the Dark Ages, but now our Super Natural History team is using the...

Reported sightings of the Loch Ness monster go back to the Dark Ages, but now our Super Natural History team is using the 21st-century technology of environmental DNA to survey all life in the famous Scottish lake.

The premise of environmental DNA (eDNA) is simple. Life is messy, and living things leave behind skin, hair, feathers, poo, bark, pollen and spores as part of their day-to-day activities.

These traces result in a potpourri of organic material in our soil and water from which DNA can be extracted and sequenced. Our aim is to produce a census of life in Loch Ness and to establish if there is any scientific basis for the centuries-old monster legend.

There have been more than 1,000 registered sightings of the Loch Ness “monster”, including two in the last month. They have sparked various theories. Some say the loch is home to a prehistoric relic, while others believe it’s a giant sturgeon, catfish, or just a log or a boat wake.

Obviously, the hook here is that if Nessie is present in the deep, dark and mysterious waters of Loch Ness (for the record I am not a believer, but open to being wrong) then we might find DNA sequences that will help us figure out its biological basis.

We have now finished two weeks of field work for this project, having collected 259 water samples from various parts of the loch, including its chilly depths, more than 200 metres down. 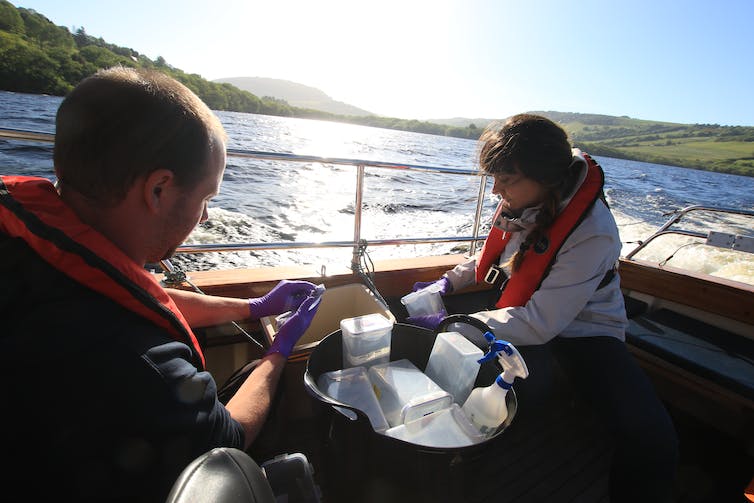 The team took water samples from several sites on the lake, as well as from deep waters. Kieran Hennigan, CC BY-SA

Miraculously, for the Highlands, the wind stayed light and the rain stayed away which meant we were able to send teams out to sample right around Loch Ness by car and small boat, as well as several nearby lochs as controls. We have also used the Loch Ness Centre boat to sample up and down Loch Ness, particularly targeting the loch’s depths.

Our days were long, frequently starting as early as 6am and finishing as late as midnight. Our project was also hard on equipment – we broke two of our three sampling devices deploying to depth. Now, with sample collection behind us, we are onto the next phase of work.

The DNA is currently being extracted from our filtered water samples at the University of Hull. From there it will go to French and Swiss laboratories to be metabarcoded and sequenced.

What will we find? Well undoubtedly there will be DNA sequences derived from bacteria, protists, algae, invertebrates, and the traces of fish, birds and other vertebrate life known from the loch.

What we’ll get is a comprehensive survey of the biodiversity of Loch Ness, but whether we’ll find anything unusual, such as a giant catfish, sturgeon or eel, or a species unknown to science, who knows. Nessie believers will have to wait a few more months for the final results.

Read more: Bigfoot, the Kraken and night parrots: searching for the mythical or mysterious

About two years ago Darren Naish had just published a book, Hunting Monsters, which included a section on Loch Ness. Over a few tweets I asked him if, in his research for the book, he had stumbled on anyone who was using eDNA to search for evidence of Nessie. The answer was no, but we both thought it a splendid idea.

I was becoming increasingly enamoured with the power of eDNA as a means to monitor the natural environment. Our team at the University of Otago was undertaking eDNA work that demonstrated amazing accuracy at identifying the species that resided in the marine ecosystems we studied.

Based on this, I was already thinking about how we might use eDNA to search for and identify the creatures that live in areas of our planet that are hard to investigate using traditional approaches – deep oceans, subterranean water systems and the like. Loch Ness seemed a perfect fit for that sort of project.

As with many science ideas, that tweet ended up going into the “this is quite interesting” basket and there it sat until I got an email from Scottish journalist John Paul Breslin. When his article appeared in early April, many took it for an April Fool’s joke, but the story rapidly spread from Scotland to the rest of the world.

The media interest was overwhelming but I wasn’t sure if this was something I really wanted to do. At the time I was the head of a large department at a respected university, with an international reputation for doing quality work in the areas of molecular ecology and evolution. Some colleagues suggested the idea might be a career killer.

The turning point arrived one morning when I was dropping my son off at school. A large posse of eight- and nine-year-olds told me they thought the idea of hunting for the Loch Ness monster was the coolest thing ever. It resonated with me and led to this opportunity to engage the public, particularly kids, in the scientific process. 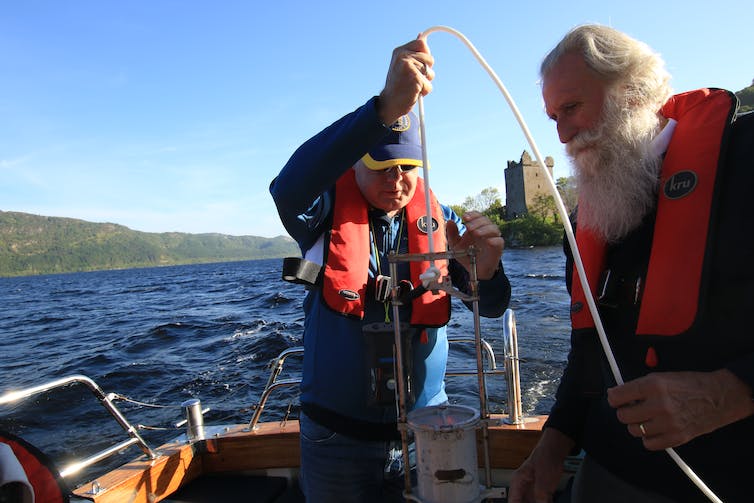 One of the first stops was Loch Ness expert, Adrian Shine, who had dredged Loch Ness many times with nets and other devices and agreed to provide a boat and skipper. Several other colleagues all agreed to join the project and the team grew as we realised the Loch Ness monster hunt would describe the biodiversity of the lake in unprecedented fashion, add information about the movements of migratory fish species such as salmon, eels and lamprey, and be a hell of a science communication platform.

So, our project is not a simple monster hunt (although wouldn’t it be amazing if we did find something extraordinary during our investigation). Rather it is an amalgam of basic science, linked to major current initiatives, with a strong science communication aspect. Ultimately, we may find no DNA evidence that explains the monster myth, but I doubt that will ever dent belief. As Adrian Shine quips, absence of evidence is not evidence of absence, and those that wish to will continue to believe in monsters.