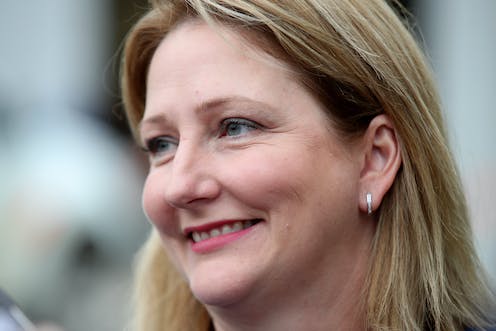 Longman and Mayo are two of the five seats that will be contested at byelections on July 28. ReachTEL polls for the left-wing Australia Institute had a 50-50 tie between Labor and the LNP in Longman, and a massive 62-38 lead for the Centre Alliance’s Rebekha Sharkie over the Liberals’ Georgina Downer in Mayo.

These polls represent a two-point gain for Labor in Longman since a late May ReachTEL for Sky News, and a four-point gain for Sharkie since early June. Both polls were conducted with 720 to 740 respondents on June 21 – the day the Coalition passed its complete income tax cuts package through the Senate.

I believe this is the first Longman poll that has asked for candidate names, rather than just parties. Labor’s MP Susan Lamb resigned over the citizenship fiasco, but will recontest. The LNP’s candidate is Trevor Ruthenberg, former MP for the state seat of Kallangur, which is close to Longman. Both major party candidates are likely to be well-known to Longman voters.

The ReachTEL Australia Institute polls for both Longman and Mayo repeated a question on the company tax cuts that I criticised in the above article.

Labor’s 54-46 lead in the post-budget Ipsos was an outlier, with other polls showing better results for the Coalition. This week’s Ipsos is in line with other polls by 2016 election preferences.

50% (down one) approved of Malcolm Turnbull’s performance, and 44% (up five) disapproved, for a net approval of +6. Bill Shorten’s net approval was -13, down one point. Turnbull led Shorten by 51-33 as better PM (52-32 in May). Ipsos gives Turnbull stronger ratings than other pollsters, particularly Newspoll.

Turnbull led Shorten on nine of 11 attributes; the exceptions were on social policy and confidence of his party. The largest Turnbull leads were on economic policy (67-48) and foreign policy (64-45). Since April 2016, attribute scores have moved in Shorten’s favour.

On Saturday, the Liberals won the byelection for the Western Australian state seat of Darling Range by a 53.3-46.7 margin against Labor, a 9.1% swing to the Liberals since the 2017 state election. The byelection was caused by the resignation of Labor MP Barry Urban over allegations of fraudulent behaviour. You can read more at my personal website.

The major implication of this byelection to the July 28 federal byelections is that individual seat polls can be very wrong. Just one week before the Darling Range byelection, a ReachTEL poll for The West Australian gave Labor a 54-46 lead, so there was a seven-point error in this poll.

The Darling Range poll was skewed to Labor, but in general seat polls have had large misses in both directions. The Poll Bludger reviewed the performance of seat polls at the last federal election in a July 2016 article. National and state-wide polls have been far more accurate in Australia.

Another concern about the Longman poll is the unbelievable age breakdowns. Young people nationally are the strongest demographic for Labor and the Greens, but ReachTEL gave Labor just 20.4% among those aged 18-34, behind One Nation’s 23.0% and the LNP’s 38.8%. Among those aged 51-65, Labor had 53.8% and the LNP just 25.8%.

In Sunday’s Turkish election, incumbent President Recep Tayyip Erdoğan, who has dominated Turkish politics since 2002, was re-elected with 52.6% of the vote, avoiding a runoff election. Erdoğan’s AKP party lost its single-party parliamentary majority, but will form a coalition with a right-wing ally.

In April 2017, a constitutional referendum granted far more powers to the president at the expense of parliament. Erdoğan will arguably now have powers comparable to a feudal king.