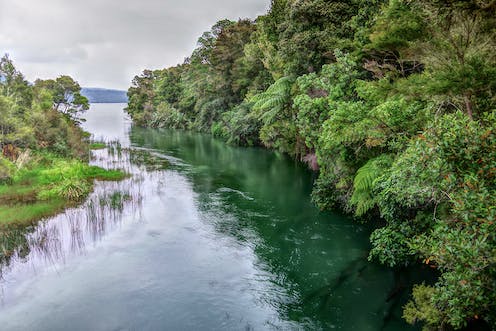 Two years ago, New Zealanders were shocked when contaminated drinking water sickened more than 5,000 people in the small town of Havelock North, with a population of 14,000. A government inquiry found that sheep faeces were the likely source of...

Two years ago, New Zealanders were shocked when contaminated drinking water sickened more than 5,000 people in the small town of Havelock North, with a population of 14,000. A government inquiry found that sheep faeces were the likely source of bacterial pathogens, which entered an aquifer when heavy rain flooded surrounding farmland.

A second phase of the inquiry identified six principles of international drinking water security that had been bypassed. Had they been followed, the drinking water contamination would have been prevented or greatly reduced.

Here, I ask if the approach recommended by the Havelock North inquiry to prevent drinking water contamination can be extended to reduce the impacts of nutrient contamination of freshwater ecosystems.

Read more: We all live downstream – it's time to restore our freshwater ecosystems

Freshwater degraded and in decline

Most measures of the ecological health and recreational value of New Zealand’s lowland rivers and lakes have been rated as degraded and still declining. Intensive agriculture often cops much of the blame, but primary industry exports remain the heart of New Zealand’s economy.

The challenge posed by this trade-off between the economy and the environment has been described as both enormous, and complex. Yet it is a challenge that New Zealand’s government aims to tackle, and continues to rate as a top public concern.

An important lesson from the Havelock North inquiry is that sometimes there is no recipe – no easy list of steps or rules we can take to work through a problem. Following existing rules resulted in a public health disaster. Instead, practitioners need to follow principles, and be mindful that rules can have exceptions.

For freshwater, New Zealand has a similar problem with a lack of clear actionable rules, and I’ve mapped a direct link between the six principles of drinking water security and corresponding principles for managing nutrient impacts in freshwater.

Of the six principles of drinking water safety, the first is perhaps the most obvious: drinking water safety deserves a “high standard of care”. Similarly, freshwater nutrient impact management should reflect a duty of care that mirrors the scale of impacts. Our most pristine freshwater, like Lake Taupo, and water on the verge of tipping into nearly irreversible degradation, deserve the greatest effort and care.

Second, drinking water safety follows a clear logic from the starting point: “protecting the integrity of source water is paramount”. For nutrient impact management in freshwater, we must reverse this and focus on a more forensic analysis along flowpaths to the source of excess nutrients entering water. Our current approach of using estimates of sources is not convincing when tracers could point to sources in the same way DNA can help identify who was at a crime scene. We must link impacts to sources.

Third, drinking water safety demands “multiple barriers to contamination”. For freshwater, we’re better off taking a similar but different approach – maximising sequential reductions of contamination. There are at least three main opportunities, including farm management, improving drains and riparian vegetation, and enhancing and restoring wetlands. If each is 50% effective at reducing contaminants reaching waterways, the three are as good as a single barrier that reduces contamination by 90%. The 50% reductions are likely to be much more achievable and cost effective.

The fourth principle of drinking water safety was perhaps the most dramatic failure in the Havelock North drinking water crisis: “change precedes contamination”. Despite a storm and flood reaching areas of known risk for contaminating the water supply, there were no steps in place to detect changing conditions that breached the water supply’s classification as “secure” and therefore safe.

A similar, but inverted principle can keep nutrients on farm, where we want them, and keep them out of our water. Almost all processes that lead to nutrient excess and mobilisation, as well as its subsequent removal, occur in hot spots and hot moments.

This concept means that when we look, we find that roughly 90% of excess nutrients come from less than 10% of the land area, or events that represent less than 10% of time. We can identify these hot spots and hot moments, and classify them into a system of control points that are managed to limit nutrient contamination of freshwater. 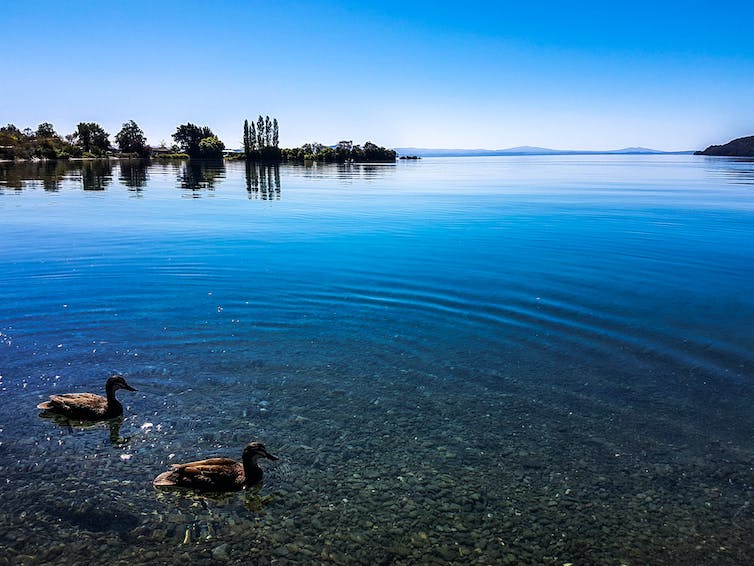 A fifth principle for drinking water seems obvious: “suppliers must own the safety of drinking water”. Clear ownership results in clear responsibility.

Two world-leading cap-and-trade schemes created clear ownership of nutrient contaminants reaching iconic water bodies. One is fully in place in the Lake Taupo catchment, and another is still under appeal in the Lake Rotorua catchment.

These schemes involved government investment of between NZ$70 million and NZ$80 million to “buy out” a proportion of nutrients reaching the lakes. This cost seems unworkable across the entire nation. Will farmers or taxpayers own this cost, or is there any way to pass it on to investors in new, higher-value land use that reduces nutrient loss to freshwater? A successful example of shifting to higher value has been conversions from sheep and beef farming to vineyards.

As yet, the ownership of water has made headlines, but remains largely unclear outside Taupo and Rotorua when it comes to nutrient contaminants. Consideration of taxing the use of our best water could be much more sensible with a clearer framework of ownership for both water and the impacts of contaminants.

The final principle of drinking water safety is to “apply preventative risk management”. This is a scaled approach that involves thinking ahead of problems to assess risks that can be mitigated at each barrier to contamination.

For nutrient management in water, a principled approach has to start with the basic fact that water flows and must be managed within catchments. From this standpoint, New Zealand has a good case for leading internationally, because regional councils govern the environment based on catchment boundaries.

Within catchments we still have a great deal of work to do. This involves understanding how lag effects can lead to a legacy of excess nutrients. We need to manage whole catchments by understanding, monitoring and managing current and future impacts in the entire interconnected system.

If we can focus on these principles, government, industry, researchers, NGOs and the concerned public can build understanding and consensus together, enabling progress towards halting and reversing the declining health and quality of our rivers and lakes.