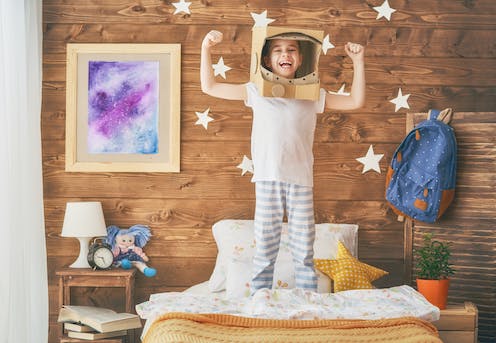 Kids dream about going to space – and some very wealthy adults are booking tickets. from www.shutterstock.com

Take it from me is a new series in Science and Technology, where we find an expert to provide a personal but informed perspective on a topical issue.

Elon Musk’s SpaceX reportedly has two people signed up for a trip around the...

Take it from me is a new series in Science and Technology, where we find an expert to provide a personal but informed perspective on a topical issue.

Elon Musk’s SpaceX reportedly has two people signed up for a trip around the Moon (although these plans have been delayed slightly), and Richard Branson’s Virgin Galactic has advanced plans to launch space tourists from 2018 for a mere US$250,000 each – hundreds of people have already registered.

Is there anyone reading this who didn’t want to be an astronaut when they were a child? I was especially passionate, but it was back in the days when Australian women weren’t allowed to be military or commercial pilots, and we didn’t have a space program, so that was the end of that.

These days, having gained post-graduate qualifications in space studies and aviation medicine, I sustain my passion through my work as a medical educator, doctor and extreme environments researcher.

So, am I excited that we are edging closer to space tourism being a reality, and would I like to go? Yes, of course! (Assuming it was a lot more affordable). However, the child within is tempered by a rationalist voice saying “not until it is all proven and safely bedded down”.

Sending tourists around the Moon still seems impossibly ambitious at present, so let’s just concentrate on what are commonly known as “sub-orbital” flights. These will take participants to the edge of space, around 100 kilometres above the Earth, so that they can experience both “weightlessness” (microgravity) and the breath-taking view of our precious blue planet below. 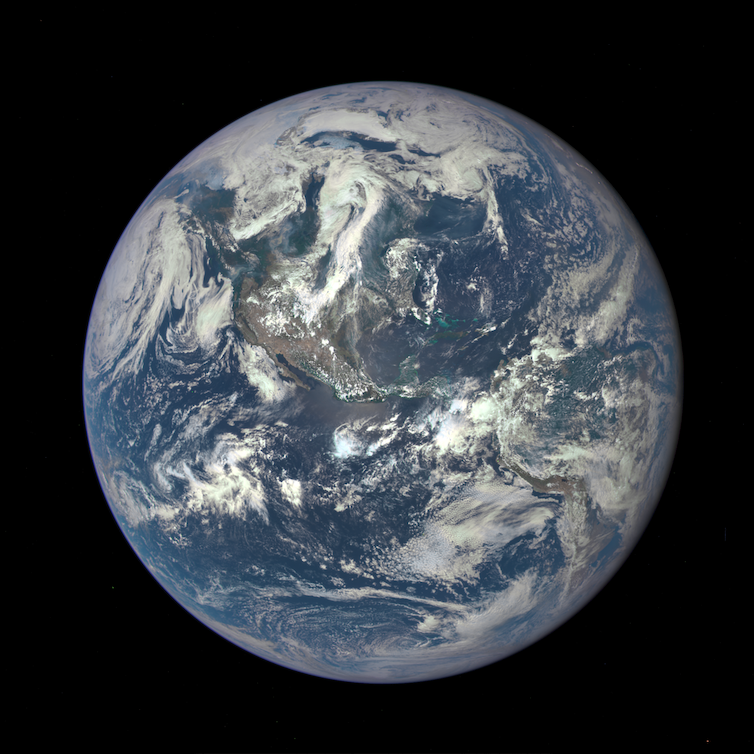 This view of Earth shows the turquoise of shallow seas around the Caribbean islands. NASA

Apart from lots of spare cash, what do we need in order to be a space tourist?

The first essential component is a spaceship that can withstand both high G-forces (gravitational forces) and the sub-space environment, and also launch, fly and land safely. It must protect us from the environmental hazards outside – extreme high altitude and low barometric (atmospheric) pressure, extreme cold and a virtual absence of oxygen.

A lot of training

In his book Endurance, NASA astronaut Scott Kelly mentions that he had been training since 1999 in one way or another for his 2015-16 year-long mission to the International Space Station. We would expect our space pilots also to have been through a long apprenticeship.

What about ourselves? Astronauts typically spend years training for a mission. Like any fledgling exploration enterprise, at present commercial imperatives are well ahead of governmental regulation, so it is likely to be left up to the operators as to what specific training is required.

However, we can expect this to include informed consent and emergency response training, and physiological familiarisation training. This might include time in a centrifuge to simulate high G-forces, an altitude chamber to simulate low atmospheric pressure and low oxygen levels, and potentially, “parabolic” flights to provide an experience of weightlessness (like the infamous NASA “Vomit Comet” – a zero gravity plane).

Would you take a ride on the “Vomit Comet”?

This brings us to the tricky question of who should be a space tourist?

Only the fittest and healthiest people can become astronauts. However, the bar is likely to be set a lot lower for space tourists, and at present each commercial provider will set its own standards. Passengers may need to visit a specialist doctor for a “space medical” and an assessment of their response to training.

People with pre-existing medical conditions will not necessarily be excluded. That said, they will still need to demonstrate an ability to manage the psychological and extreme physiological stresses of a sub-orbital journey, such as high G-forces and relative hypoxia (low oxygen) at altitude, and to handle themselves safely in an emergency.

In addition to providing a pressurised cabin with supplemental oxygen, risk mitigation strategies may include passengers wearing body-hugging pressure suits for protection against the effects of sudden depressurisation and hypoxia.

Even if you get past these hurdles, there is no way of predicting who will develop space motion sickness (nausea and/or vomiting) when exposed to microgravity. This occurs due to the disorientation of the vestibular (balance) system in the inner ear when it loses all its familiar inputs. This risk should not be a deal-breaker (the same as for astronauts), but it would need to be well-managed from both sides, as it could otherwise be hazardous for everyone in the cabin.

With any type of human exploration, there are risks as we push boundaries, and there are inevitably mishaps and fatalities as a result. Space exploration is no exception.

Sadly, lives have been lost at nearly every stage of advancement, including during one of the Virgin Galactic early test flights. 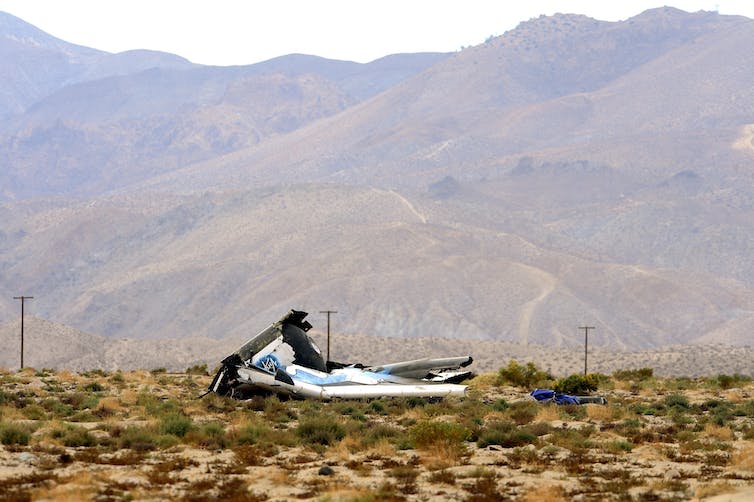 With any type of aircraft, crashes are most common during the take-off and landing phases, and depressurisation incidents at altitude can be catastrophic. Space tourism will most likely not be immune, which for me means that I will not be rushing into booking a ticket (even if I could afford it).

Those who cannot remember the past are condemned to repeat it.

Keep looking up at the stars and dreaming, and work out what level of acceptable risk is right for you.