The Victorian government recently announced a new A$31.6 million centre to prevent and combat terrorist and lone-actor attacks. The centre will include specialist police, forensic and mental health experts, and a senior analyst to respond to people who pose such a risk.

Lone-actor attacks and violence against women

The links between terrorist attacks and violence against women, most commonly family violence, are now well established.

Research in the US shows more than 50% of mass shootings in that country between 2009 and 2014 were preceded by the perpetrator’s murder of an intimate (ex)partner, or a family member. In addition, 16% of the attackers, overwhelmingly men, had been charged with domestic violence.

Infamously, Man Haron Monis, the gunman in the 2014 Sydney Lindt Café siege, was on bail at the time of the siege for dozens of sex offences, and for being an accessory to the murder of his ex-wife.

This history of violence against women is evident in the biographies of other terrorists. These include one of the Tsarnaev brothers, responsible for the 2013 Boston Marathon bombings; Omar Mateen, who attacked a gay nightclub in Orlando, Florida, killing 49 people in 2016; Khalid Masood, who crashed his car into pedestrians and stabbed a police officer in London in 2017; and Mohamed Lahouaiej-Bouhlel, who killed 80 people in Nice, France, in 2016. 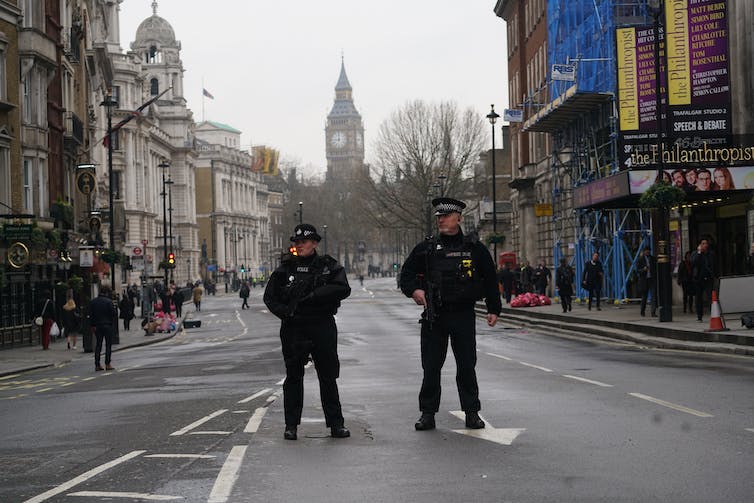 Police on the streets of London in the aftermath of the 2017 attack near parliament. See Li/AAP

The authors of The Age of Lone Wolf Terrorism, for example, approach the violence against women that so often precedes more public attacks as merely a “precursor to crime”.

The lone wolves they examine – many of whom have histories of violence against women – are seen as “deeply troubled men” who turned violent, rather than violent men who went on to commit violence against the wider community.

Throughout this book, male violence against women is described in terms such as “marital discord” or “personal conflict with a woman”. A female partner, suffering physical and psychological violence at the hands of a man who would go on to commit an act of terrorism, is described as an “enabler” because she did not report his plans to authorities.

This characterisation highlights a misunderstanding of the nature, dynamics and seriousness of family violence.

Failure to see violence against women as “violence” was tragically apparent in the case of the 2014 Sydney siege. Despite Monis’ history of sex crimes and involvement in the murder of his ex-wife, the lead siege negotiator said he believed the sex crimes were “passive” and indicated the sex offences didn’t suggest to him a history of violence.

Why the centre must take violence against women seriously

If, as announced, the new centre against lone-actor attacks is designed to “keep the community safe”, it needs to have a clear focus on understanding violence against women and family violence.

It is concerning that none of the experts listed to form the new centre appears to hold specific expertise in gendered violence. 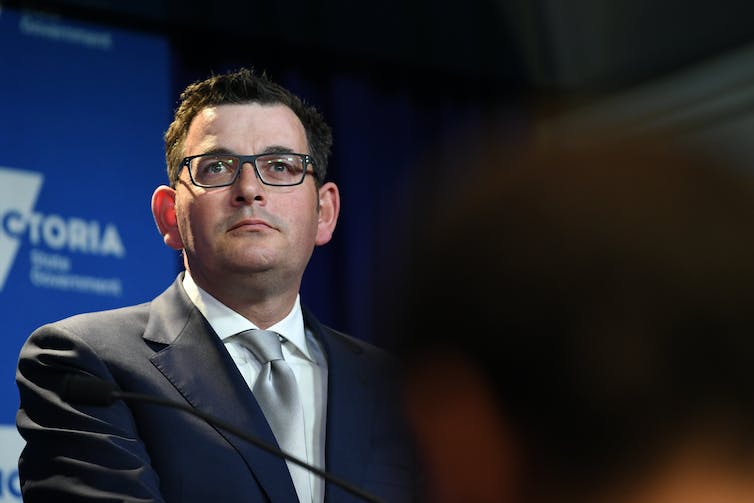 The centre to prevent terrorist and lone-actor attacks does not appear to involve experts in family violence. James Ross/AAP

Read more: Victoria leads the way on family violence, but Canberra needs to lift its game

However, the distinction that continues to be drawn between public violence such as terrorism and lone-actor attacks, and violence against women, belies this commitment, undermining the safety and security of all.