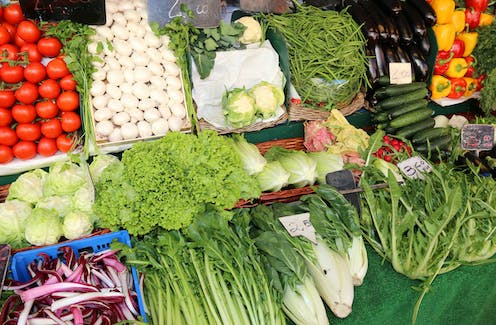 This is the sixth article in a series in which philosophers discuss the greatest moral challenge of our time, and how we should address it. Read part one here, part two here, part three here, part four here, and part five here.

Our collective overuse and misuse of antibiotics is accelerating resistance to these universal drugs, leaving people increasingly vulnerable to infections that can no longer be treated. This applies not only to the use of antibiotics in human medicine, but also in animal industries.

The list of global collective action problems is long: plastic pollution of our oceans and waterways; the heightened concentration of greenhouse gases in the atmosphere leading to global warming; and the consumption of meat, the production of which is tied to environmental degradation.

The importance of individual action

What problems such as these have in common is that they cannot be resolved by any political actor on their own. We need global, coordinated policy responses to address these issues with any measure of success. Political actors – states, international organisations, or alliances of states – need to cooperate.

But should we leave it to policy makers and our political representatives to address these questions? I believe that in doing so we would violate important moral obligations as individuals.

Apart from coordinated policy responses, aggregate individual actions can actually have a significant positive impact on alleviating problems of collective action (even if they will not resolve them).

Let’s take the example of antibiotic resistance. The World Health Organization has identified a number of actions each of us can take to help reduce the spread of resistance. These include limiting the medical use of antibiotics (where that is a safe option), reducing the consumption of food produced using antibiotics, and preventing infections through improved hygiene.

Similarly, climate researchers have identified individual actions that will have the greatest impact on climate change mitigation, provided enough people join in. These include having one fewer child, living car-free, avoiding air travel and shifting to a plant-based diet. If enough of us take such actions we can collectively limit global warming to a maximum of 2℃, thereby achieving something that global political actors have failed to achieve.

The paradox of collective action

The paradox of collective action is that while none of us can individually make a difference to the overall outcome, together we can. And while no individual’s failure to act will undermine the success of the collective effort, if too many people continue with business as usual we will not make a change for the better.

So why change your behaviour if it doesn’t make much difference for better or worse? Understanding how we might have obligations for collective problems will mean we need to rethink some of our common assumptions and intuitively held views about morality.

Read more: We must develop 'techno-wisdom' to prevent technology from consuming us

This, in fact, is something moral philosophers have been grappling with for several decades. The late Oxford philosopher Derek Parfit thought that so-called “common-sense morality” would often lead us to make mistakes in our “moral mathematics”. We tend to neglect the moral import of small (often imperceptible) contributions to large-scale problems (or benefits, for that matter). This is an empirical claim, but it also applies to moral theorising.

One of the conceptual obstacles to rethinking our moral mathematics is the view that if an action of mine does not make a perceptible difference to an outcome then I cannot be morally required to perform it (or to refrain from performing it). Holding on to such a principle means to let everyone off the hook for the kind of global collective action problems mentioned above.

Here is a way in which we could rethink our moral obligations regarding problems of collective action. We could think of our individual obligations as deriving from the collectively optimal response to these problems and understand our responsibility to address them as shared, rather than individual.

Moral obligations or responsibilities, on this view, have different sources. Sometimes, we have obligations to perform certain actions or to produce certain outcomes because we can make a difference for the better. At other times, the source of our obligation may not reside in the effect of our actions or omissions, but in how these relate to a collective pattern of action that we perceive as morally right.

We might think that closing the emissions gap or slowing down antibiotic resistance by reducing our carbon or anti-microbial footprint is the best collective pattern of action available to us (beyond government action). Consequently, our obligations to change our behaviour can be seen as deriving their moral force from the fact that they form part of that pattern.

So reducing our carbon footprint or reducing our anti-microbial footprint are actions that are constitutive of our collectively doing the right thing. Another way of putting this is to say that individual moral responsibility (remedial, in this case) need not be tied to individual causal impact, but may derive from our collective responsibility and our joint difference-making ability.