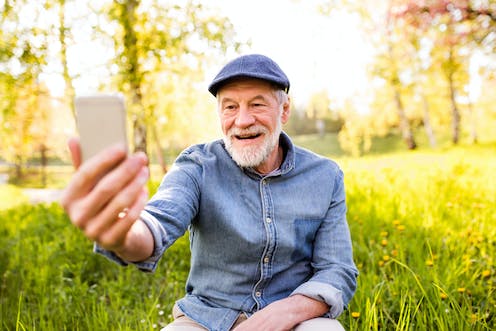 Australians over the age of 40 can now calculate their risk of developing melanoma with a new online test. The risk predictor tool estimates a person’s melanoma risk over the next 3.5 years based on seven risk factors.

Melanoma is the third most common cancer in Australia and the most dangerous form of skin cancer.

The seven risk factors the tool uses are age, sex, ability to tan, number of moles at age 21, number of skin lesions treated, hair colour and sunscreen use.

The tool was developed by researchers at the QIMR Berghofer Medical Research Institute. Lead researcher Professor David Whiteman explained he and his team determined the seven risk factors by following more than 40,000 Queenslanders since 2010, and analysing their data.

“This online risk predictor will help identify those with the highest likelihood of developing melanoma so that they and their doctors can decide on how to best manage their risk,” Professor Whiteman said.

After completing the short test, users will be offered advice, such as whether they should see their doctor. A reading of “above average” or “very much above average” will recommend a visit to the doctor to explore possible options for managing their melanoma risk.

But Professor Whiteman cautions that people with a below average risk shouldn’t become complacent.

“Even if you are at below average risk, it doesn’t mean you are at low risk – just lower than the average Australian,” he said.

Read more: Explainer: how does sunscreen work, what is SPF and can I still tan with it on?

An estimated one in 17 Australians will be diagnosed with melanoma by their 85th birthday.

The test is targeted for people aged 40 and above as this was the age range of the cohort studied.

However, melanoma remains the most common cancer in Australians under 40.

Professor Whiteman said that the test may be useful for those under 40, but it may not be as accurate, as that wasn’t the demographic it was based on.

But he added complete accuracy couldn’t be guaranteed even for the target demographic.

“I don’t think it’s possible that we’ll ever get to 100%. I think that’s a holy grail that we aspire to, but in reality, cancers are very complex diseases and their causality includes many, many, factors, including unfortunately some random factors.”

The prognosis for melanoma patients is significantly better when it is detected earlier. The University of Queensland’s Professor of Dermatology H. Peter Soyer explained that the five-year survival rate for melanoma is 90%. But this figure jumps to 98% for patients diagnosed at the very early stages.

“At the end of the day, everything that raises awareness for melanomas and for skin cancer is beneficial,” Professor Soyer said.

Dr Hassan Vally, a senior lecturer in epidemiology at La Trobe University, said the way risk is often communicated is hard for people to grasp. But he said this model would provide people with a tangible measure of their risk of disease, and point them towards what they may be able to do to reduce it.

“Everything comes back to how people perceive their risk, and how can they make sense of it.

"If it makes people more aware of their risks of disease that’s a good thing, and if that awareness leads to people taking action and improving their health then that’s great.”