Last year, the federal government’s swift rejection of an Indigenous Voice to Parliament left an already despairing Aboriginal polity limping out the final weeks and days of 2017, myself included. Without offering an alternate plan for protecting and advancing Aboriginal rights at the national level, hope for Aboriginal futures was in short supply.

Attending the 2018 Sydney Festival events Four Thousand Fish and Broken Glass has left me feeling far more optimistic about creative ways to engage with our recent history - and the many ways we might achieve recognition. Both works are produced by NSW Aboriginal women and are interactive and site-based. Both tell stories of Eora women, the Indigenous people of Sydney, who in different ways grappled with the rapid impact of the colonial settlement on their status and practices.

The first work, Four Thousand Fish, curated by Emily McDaniel, is set on the now rehabilitated landscape of the harbour foreshore named after Barangaroo, a powerful and striking Cameragal fisherwoman. She rejected the modernising entreaties of the British and the cruelty of their ways, and admonished her husband, Bennelong, for consorting with them. 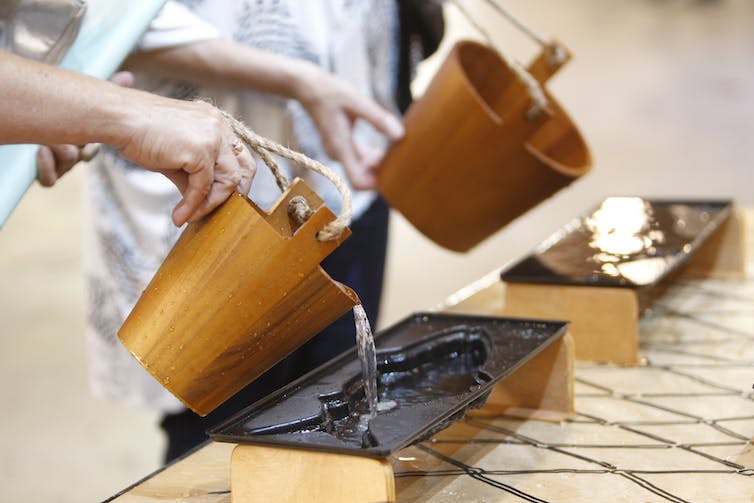 The work uses a Nawi (canoe) and invites us to participate in a ritual. First we take a bucket of water from the harbour and carefully return it, in the form of a frozen fish, to be stacked gently in the Nawi. As the western sun sets over Nawi Cove at Barrangaroo, the fish slowly return to the water.

This action involved us in a simulation, however abstracted, of the lives of the fisherwomen, and of their practices and habits of fishing the harbour, singing and laughing as they went. It also reminds us of what must have been the shock and horror as the women witnessed salmon by the thousands hauled in and deposited on the northern foreshore, as an apparent gifting to their men by the newly arrived British in November of 1790.

As we move across the site, the ritual requires us to adopt a pace and deliberation that echoes the movement of the Eora fisherwomen. As I participated, my mind was drawn to the women’s craft: skillful and swift as they glided the surface of the harbour; the ingenuity of their fish hook and line; the seasonal knowledge of fish runs and the likely power they exercised as the main providers of sustenance. We are reminded again of the excessive extravagance of netting 4000 salmon from the harbour. 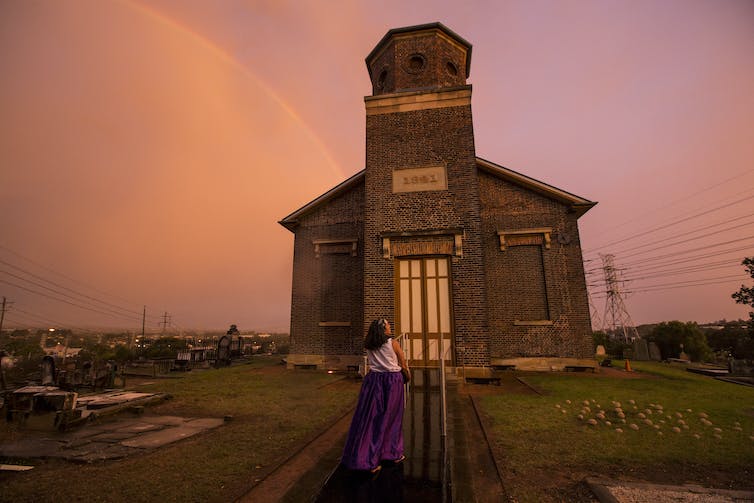 The second work, Broken Glass, takes place in Sydney’s west at St Bartholomew’s Church and cemetery founded in 1841. Now in disrepair, the hill site is circled by major highways and sweeping exit ramps, but its views back to the city and entire district leave no doubt about its significance for the woodlands people.

Broken Glass comprises seven performances, each revolving around the rituals of death and burial. Across these stories, an unidentified Aboriginal woman makes a ghostly appearance. She is a Kuringai woman clasping a small precious bundle to her body, searching the faces of the audience for some water or food, or help. 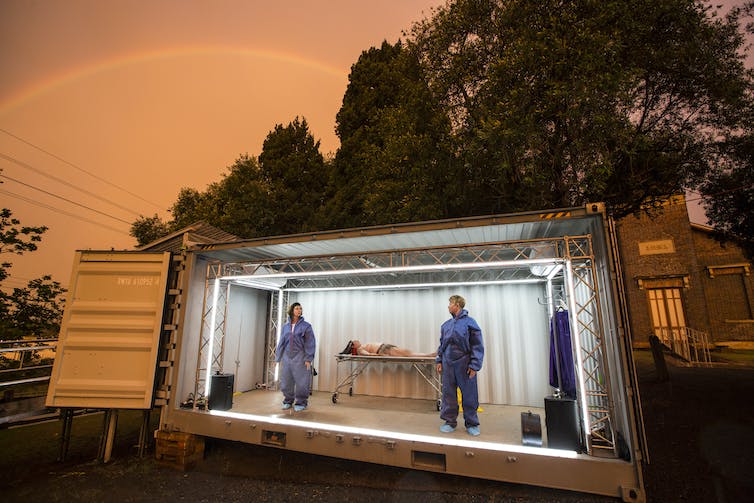 In closing, she is finally buried with fitting ritual and ceremony, practices that rapidly collapsed under the weight of colonial violence, disease and dispersal. The broken glass decoratively assembled on the cemetery graves, reminiscent of burial rites in north west NSW, dance in the morning and evening sun. In this performance piece, the mourning Kuringai woman searching for solace is now reconciled.

Maria Lock, a remarkable Aboriginal woman and once Blacktown land-holder, is buried where Broken Glass takes place. She is buried in an unmarked grave, known only in the church records, underscoring the power of remembering possible through creative works that engage audiences in new and interesting ways. 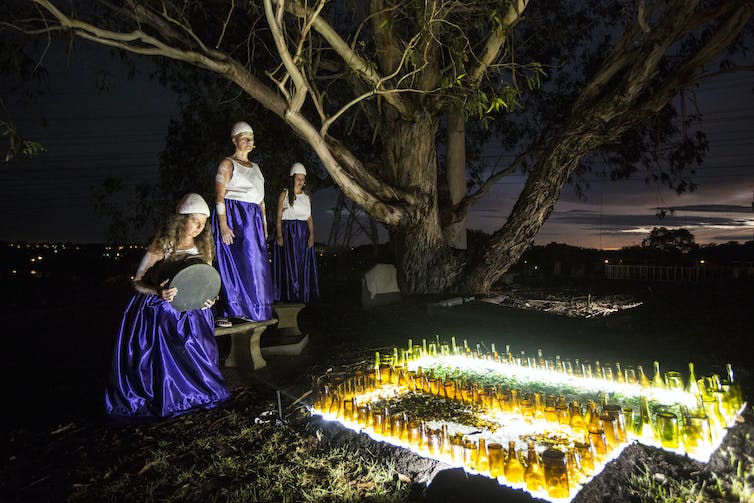 Broken glass on the graves is reminiscent of burial rites in north west NSW. Jamie Williams

Australian history is a surprisingly new discipline, and Aboriginal history scholarship is even younger. Both of these areas are wonderfully contested and enriched by the new approaches to remembering and knowing that Four Thousand Fish and Broken Glass exemplify.

Setting these works on the same lands where actual events plays out connects the impact of colonisation on practices that existed for thousands of years to how they contribute to our being Aboriginal today.

They help fill the “great Australian silences” of colonisation and reconnect to people, their practices and their places that existed well before 1788 and have survived the five or so generations since. There is much to hold onto from the past and even more to care for.