There is no doubt that we need to teach kids about climate change.

But although the Australian Curriculum embeds climate change into its senior high school program, children are typically aged around 16 before they receive any formal teaching on the topic. We argue that this is too late.

Here’s a possible solution: “CO2peration” is an interactive, online game we developed for children aged 12-14. It teaches climate science in a politics- and emotion-free zone.

Read more: Our kids need to learn about climate change

In most countries, the topic of climate change is usually introduced at around the age of 16. Unfortunately, students at this age have largely made up their minds about climate change. Any efforts to teach them about the science may cement those opinions (both for and against) – particularly if it threatens their existing opinion.

This “made up their mind” phenomenon is known as a worldview – and it is the single biggest predictor of an individual’s opinion related to climate change.

At the age of around 12, children undergo a rapid developmental change that, over the next 12 years, will take them fully into adulthood.

This change preempts some exciting intellectual developments. It prepares the child for some of the challenges of adulthood - such as building social networks, finding work or becoming financially responsible. It also allows them to start processing complex issues like nuclear energy or social justice.

So around age 12, children’s worldview is still open to change and they can take on board new information in a way that their older selves may not.

Players in CO2peration pursue a science mystery: why is there so much water on Earth? Screen shot from CO2peration, Author provided

Although many communication researchers challenge the notion of “knowledge deficit” whilst communicating with adults (in essence questioning those who emphasise filling gaps in an individual’s understanding), this age group is at a stage when they do need to learn. Why else would they be in school?

Recent research also suggests that we may have dismissed the value of understanding the science of climate change too soon. Specific knowledge relating to climate change – including its physical characteristics, causes and consequences – is an important consideration in opinion development.

Another important element in teaching children about climate science is their emotional well-being: will it alarm them? Climate communicators often use fear appeals and emotional pleas to promote engagement with climate science – often with unintended consequences. Such appeals can polarise an individual’s attitudes, and have been shown to be ineffective or even ethically questionable. How do we get around that?

When we teach children about their gastrointestinal systems, they learn that the stomach exists, the small intestine exists. They accept that these are real without ever having seen these organs inside their own bodies.

Teaching climate science as a series of physical processes and mechanisms establishes a factual foundation - in the same way we learn anatomy. This forms a knowledge foundation that can then, in higher grades, be used to talk about the socio-political aspects – when they are developmentally ready for such discussions.

Eliminating fear appeals gives children an opportunity to be exposed to abstract science without emotional noise. Teaching climate change in this way - as a specific, pure science - may diminish the influence of misinformation they’ll likely encounter at a later age, simply because they’ll understand it better. Research has shown, too, that younger students are less alarmed when learning about climate change than older adolescents. 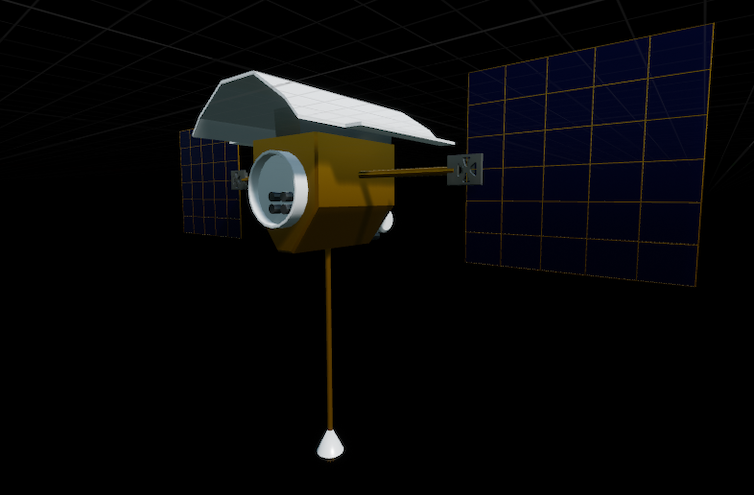 Climate science is quite hard to teach, as textbooks and lectures don’t effectively illustrate the scale and interdisciplinary nature of its features. This is where 3D environments and gaming offer new opportunities.

Although some developers have already identified gaming as a way to explore climate change, none focus on teaching specific climate science.

To fill this gap, we have created a 3D interactive climate science game for 12-year-olds. “CO2peration” turns the player into a particle of sunlight (also known as a photon), and takes them on a journey to find out why we have liquid water at Earth’s surface.

Starting with a space probe called Messenger, players go on fact-finding missions to collect samples and data in order to work out why Earth has a water-rich surface. It’s a scientific mystery that follows some of the pathways that led scientists to realise Earth’s climate is changing. From Mercury to Venus, Earth and Mars, players explore each rocky planet in our Solar System, and experience climate science in an exciting, abstract and empowering way – with no political or social context. 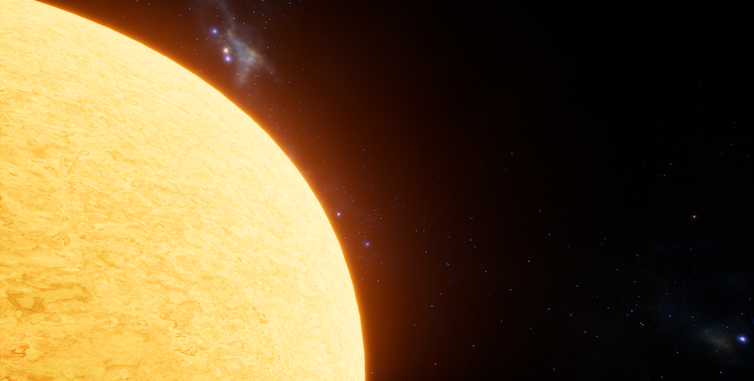 Why is Venus, though further from the sun, hotter than Mercury? Screen shot from CO2peration, Author provided

Players find out why Venus, although further away from the Sun, is hotter than Mercury. They explore, close up, how ice ages occur, and the extraordinary influence of Milankovitch cycles at work (the wobbly, changing orbits of Earth around the Sun). Children build and test 3D greenhouse gas molecules in minuscule infrared activity chambers. They zoom through the layers of Earth’s atmosphere – dodging space junk to discover the role our atmosphere plays in keeping our planet habitable.

Once we have launched the game, the same recruits who helped develop and test the first version of CO2peration (now 13 years old), will be tested again - as well as a new group of 12-year-olds. These tests will use game analytics and player surveys to determine what aspects of our game achieve the learning outcomes, and which areas are the most difficult to understand. We’re also interested to see (from an entertainment perspective) how long and how often players want to play.

Using this feedback, we can improve our game and hopefully create a versatile learning tool to teach children in Australia and the world about climate science.

CO2peration is being tested as part of a PhD at the Australian National University. More information about how to get a copy of the game is available here.