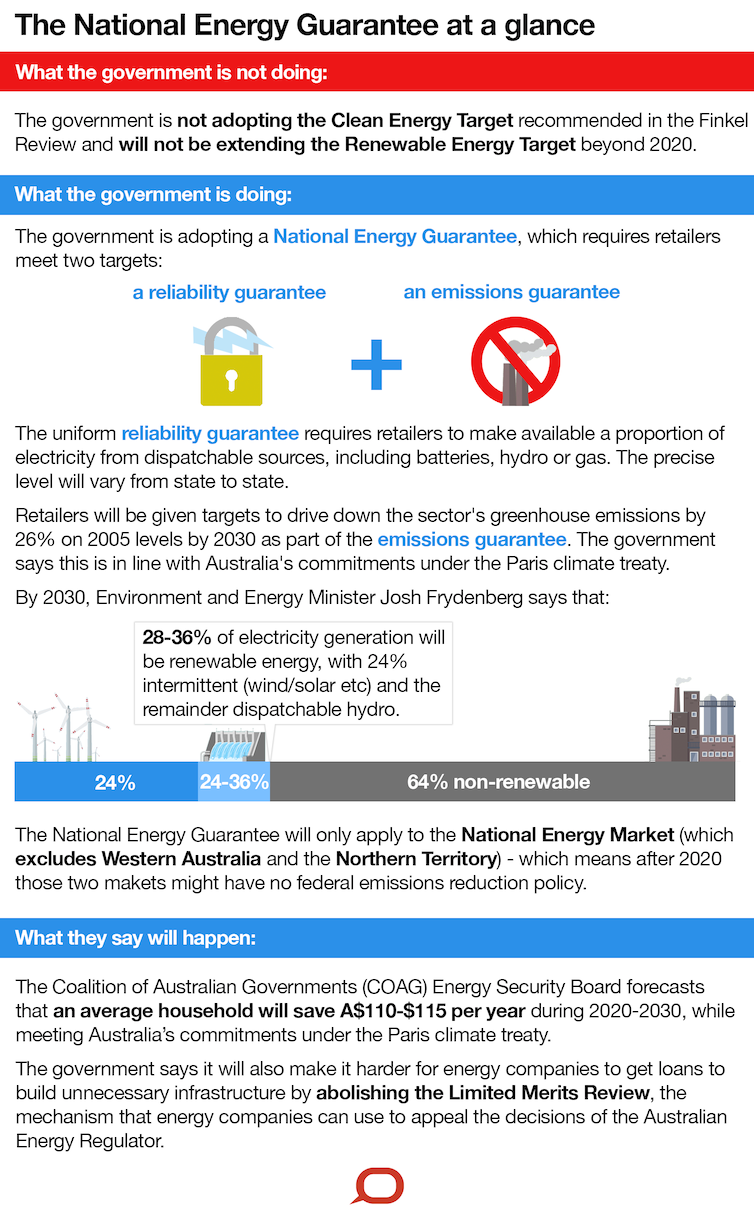 Infographic: the National Energy Guarantee at a glance

Most popular on The Conversation

Write an article and join a growing community of more than 57,300 academics and researchers from 2,182 institutions.