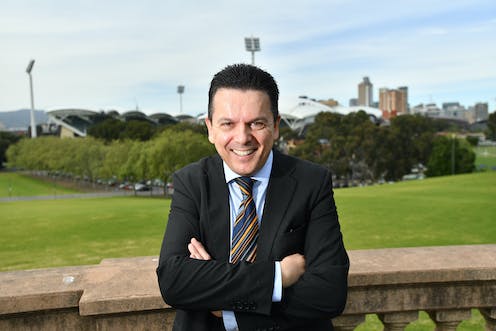 Key crossbencher Nick Xenophon, whose party commands three crucial Senate votes, has announced he will quit federal parliament to run for a state seat in the March South Australian election.

Xenophon’s shock announcement comes ahead of the High Court judging whether he is entitled to sit in parliament, because he is a dual Australian-British citizen by descent. The case will be in court next week, and a quick decision is expected after that.

His departure won’t change the numbers in the upper house. If he loses the court case, he will be replaced by the next candidate on the Nick Xenophon Team (NXT) ticket. If he wins, his party will fill the casual vacancy he creates. Either way, the NXT will have three senators. It also has a House of Representative member, Rebekha Sharkie.

But Xenophon’s exit could substantially affect the dynamics in negotiations with the government. He has been a tough, canny but pragmatic bargainer, extracting concessions in return for supporting legislation. The two other senators in the NXT, Stirling Griff and Skye Kakoschke-Moore, only entered parliament at the 2016 election.

Xenophon said he would remain in the Senate until the High Court handed down its decision. He denied his decision to quit had been made because of the threat to his position.

Xenophon, heading a team of state SA-BEST candidates, said he would run in the electorate of Hartley, where he lives. It is a marginal seat held by the Liberals.

He hopes the party can gain the balance of power, but ruled out serving as a minister in a SA government. “Once you do that, you’re in the tent”, and then “you can’t be a fearless watchdog,” he said.

“Unashamedly, we want the balance of power to drive deep and lasting reforms in our state’s political institutions and our processes because there is a lack of transparency and accountability,” he said.

“Having candidates that get elected to hold the balance of power will be a game changer for lasting reforms for the state. It is coming from the political centre, not the extreme right or left.”

He plans to keep a strong hand in with the federal party. “I will, of course, still have a very active and direct role in decisions made at a federal level with NXT,” he said.

“With SA-BEST and NXT holding the balance of power in both the state parliament and the federal Senate, we will work together as a united team under my leadership to drive real change to improve the lives of all South Australians.”

Xenophon started in state politics, elected on an anti-poker-machine platform and serving in state parliament between 1997 and 2007, before winning a Senate seat at the 2007 election.

“I’ve decided that you can’t fix South Australia’s problems in Canberra without first fixing our broken political system back home.” He said since last year’s massive power blackout in SA and its record power prices, “I have concluded they are symptoms of a much bigger and deeper problem”.

SA was at a crossroads, he said. The state had long been falling behind because it had been failed by its leaders, parties and institutions.