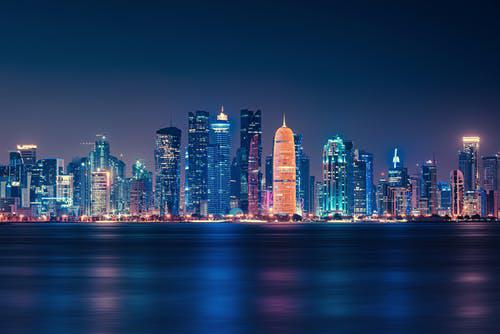 The fancy and more commonly used word for building design is architecture. Buildings are not built overnight, but a lot of planning, designing, financial arrangements go into it. Other than the architect laborers, engineers, and plumbers, too, are hired to work on the design of a building. It has to be what the clients want as your reputation depends on it therefore reliable services like performance space architecture always need to produce the best results. Man force, finance, and technology vary from project to project depending upon the building design and scale.

A building designer is a relatively new term. They are of different types, from those who deal with residential buildings to commercial buildings, office buildings, and single studio apartment building. Although the necessary information and degree are the same and their method of working is similar, yet their area of expertise and experience bring them in the relevant category.

Designing buildings involve money on a large scale. Sound knowledge about what materials are needed and how much they are worthy of is vital knowledge. Floorplanning, walls, doors, windows, and all the stuff that goes into the building require money. There is a range of variety available in the market catering to all things you need to equip yourself with the knowledge of materials and their cost.

Clients are the ones who decide what they want and make the last call. You, as a building designer, can give your suggestions, but eventually, it will be the client’s call. You should be able to plan and interpret whatever your client wants. Preparing a sketch or a model according to the client’s desire is a part of your job. Technology has made your job relatively easy. With three-dimension technology, you can create and interpret what your clients demand.

Ensure work is being carried out as instructed

Once the work goes on the floor, it is usually technicians, laborers, plumbers, and electricians who work on sites. Still, a building designer needs to visit the site often to make sure that the building is being constructed as planned. It is comparatively convenient to alter the plan and construction in the initial stage.

A building designer’s need to be well aware of the area where they are supposed to construct a building. Special arrangements may be needed according to the area. For example, a residential building that has a proper security system with guards and cameras would not necessarily require grills on windows and balconies. A building that consists of various offices and floors would need elevators, whereas a building in a commercial area would be constructed with different specifications.

Designing is all about creativity and play with shapes and forms. With the rise in technology, this has become easier and is now on the tips of the designers. A simple building can also be creative. An effective building designer would not hesitate to try out new and different shapes.

Culture plays an important part in almost every aspect of human life. Before getting to design a building, a designer should get familiar with the culture of the area, the clients, and the inhabitants. The amalgamation of all these cultures can help you in designing a building that will satisfy your clients and inhabitants as well.

Major aspects of building designing include lightning and ventilation. An office building would probably have more movement during the daytime, and a building with large windows would save a lot of electric power. Hence there won’t be much need for lighting.

Ventilations are quite necessary, but in hotter regions, ventilation probably won’t be a good idea. There have been new ways of installing ventilation devices that get the job done and blocks natural air from entering. A building designer must be equipped with all such knowledge.

A municipality doesn’t have the same rules all over the country. Their rules vary from place to place, depending upon many factors such as politics, funds, governors, and climate, etc. Before designing a layout of a building, it is better to get familiar with the rules and regulations of the municipality of the concerned area. A designer should make sure that while designing a building and even after, when the building is finally constructed, they are not compromising on any rules. It should be also be kept into consideration that even when a designer’s job is over, the client or inhabitants of the building should not face any issues.

Not all types of buildings can be constructed on all types of lands. Certain structures require a particular part of the earth. A building designer doesn’t necessarily need to be equipped with the study of land. A degree in topography is not one of the requirements in building designing, but having basic knowledge will only help in designing a well-built building.

Building designing is about three Cs; in fact, four. The four Cs are Create, Concept, Context, and Contract. A designer first listens to the demands, creates a concept in accordance with the context before getting down to work. It is then when they can devise a contract, the actual work of designing a building starts.

Building designing has become a profession on its own. A lot of institutes offer certified courses in it. Although the common practice is that an architect works as a designer of a building. However, lately, building designers have made the jobs of architects a little easier. A building designer should be familiar with the building trade, knowledge, and economics related to the material. Finance is not a building designer’s concern, but if they have acquired information about the money, they will be able to provide a client with a design within their budget. Building designing is also about recommending different ideas to clients. They should be flexible enough to alter their designs as per the client’s demands.