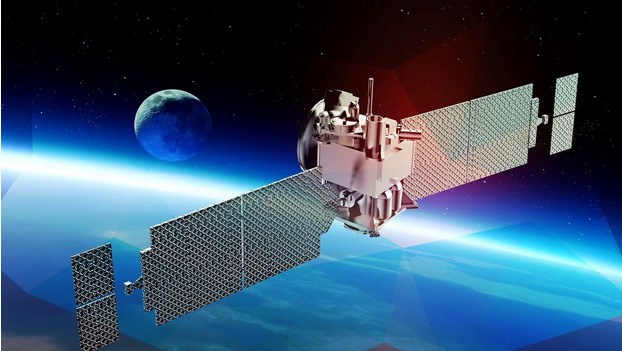 Any rocket company nowadays has the means to make mega-constellations of hundreds or perhaps even thousands of small satellites that can be launched into the Earth's orbit. Small satellites and sustainable development are what make it possible to provide coverage of our planet. "What are small satellites used for?" you might ask. Well, they're used for monitoring the climate, managing disasters, as well as ensuring flawless digital connectivity through satellite broadband.

To provide coverage for our planet, small satellites companies are using small geo satellites that can't encounter any communication or coverage delays. Small satellites and their regulation, guided by the Outer Space Treaty of 1967, are being taken very seriously when it comes to occupying LEO, which is a rather busy space area - especially today. The small satellite market growth should be impressive by 2027 when it's expected to hit $9.75 billion. At the moment, the Earth has nearly 6,000 small satellites in orbit, yet not all of them are active. Only 40% of these devices are in operation, whereas the remaining 60% have become space junk. And there are many other things to be considered as far as small satellite constellations orbiting our planet goes. Read further to see what these things are.

The definition of small satellites

Now, you might be wondering, "Just what are small satellites?". First of all, just like any other spacecraft, a small satellite is considered to be a space object. At this point, a legally binding definition for small satellite and small satellite constellations hasn't been established because each country sees these terms as something rather different. At an international level, things could definitely use more clarity to make it easier for mega-constellations of small satellites guidelines to be developed. This would make the use of our planet's low orbit is not only sustainable but also safe.


What should be considered?

Here's what should be taken into consideration when it comes to the issue of thousands of small satellites that are currently orbiting our planet and gradually turning into space junk.

Many of the small satellites that are currently in LEO operate at 600-800 km above sea level. This means they're already too many, and the area they occupy is congested. Small satellites don't have a long lifespan, especially when compared with larger spacecraft that aren't in our planet's orbit. However, they still can take up around 150 years to get removed by returning to the atmosphere and just burning up when they reach 750 km above sea level. Some spacecraft are being removed on purpose and forced to re-enter the atmosphere, whereas others just fall uncontrollably. Operators of small satellites and small satellite mega-constellations must consider that they need to reduce the debris their satellites are forming if they want the low Earth orbit to be properly maintained. Looking at the plans they have on building mega-constellations in the future, our planet may run low on its orbit sooner rather than later.

And the problem explained above may extend to radio use as well. To communicate, spacecraft are using radio spectrum. The more mega-constellations are up there in the low Earth orbit, the more radio frequencies are in danger of warehousing and stockpiling. The United Nations even created a sat radio spectrum specialized agency to prevent this. According to this agency's regulations, a flexible timeline for mega-constellations using radio frequencies is a must.

If the Earth's orbit is starting to become overcrowded, which is inevitable at this point, risks of collisions and communication problems are sure to increase. The European Space Agency had to, back in 2019, fire one of its satellites' boosters to clear the way for another satellite. If it wouldn't, a collision between the two spacecraft would have been imminent. Many countries, including the US, are actively developing spacecraft collision and tracking systems for extra maneuvering.

Small satellite constellations and mega-constellations in the low Earth orbit bring incredible benefits for environmental and socio-economic sectors of our planet. However, this doesn't mean there are no serious issues about them, especially regarding the risks associated with having too many spacecraft in orbit, which seems to be happening already. Many voices are saying problems can be avoided by having clear international definitions and rules on what they are and their operations. Still, it looks like regulations alone will not suffice, and we will actually need to start removing our space junk as quickly as possible.