All Australians have a stake in our nation’s good governance. The past week has provided plenty of reasons to be concerned about the Morrison government’s disregard of core tenets of Australian democracy in its quest for electoral advantage.

I can’t recall an Australian government that has been as blatant in its disdain for... 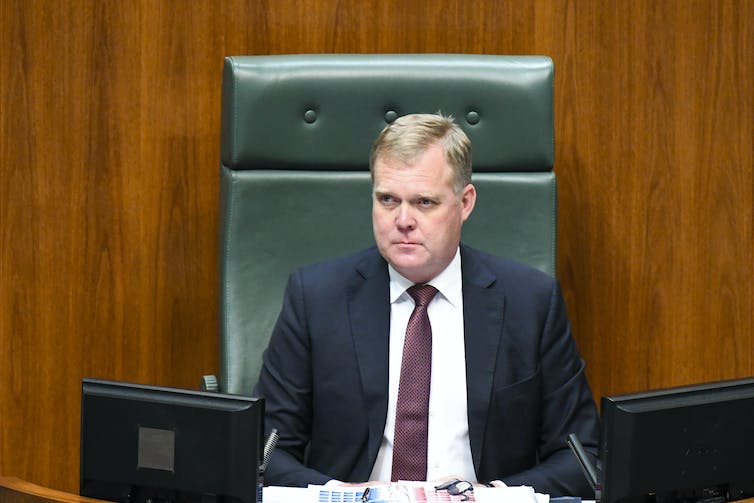 All Australians have a stake in our nation’s good governance. The past week has provided plenty of reasons to be concerned about the Morrison government’s disregard of core tenets of Australian democracy in its quest for electoral advantage.

I can’t recall an Australian government that has been as blatant in its disdain for accountability as the one led by Scott Morrison. Nor has there been one that has more assiduously bred the culture of secrecy that permeates from the Prime Minister’s Office (PMO) down.

Its contempt for checks and balances, resentment of scrutiny and preparedness to trash long-standing conventions is widely observed among journalists, experts and practitioners – including former Coalition members. Former prime minister Malcolm Turnbull describes “a culture of entitlement, a culture of non-accountability” within the government that he claims to be “deeply troubled by”.

This culture was on display again in the parliament last week, when the government appeared to defy the Speaker and exclude the votes of independent crossbenchers to defeat a procedural motion to refer the matter of Christian Porter’s blind trust to the House of Representatives Privileges Committee.

Tony Smith had ruled there was a “prima facie case” for the Committee to investigate, but in a move Labor claimed was unprecedented in the 120 years of the Federal parliament, Leader of the Government in the House Peter Dutton opposed the Speaker’s ruling, mobilising Coalition MPs to win the vote.

Member for Indi Helen Haines said Dutton had told her it would be “impractical” to count the votes of independent crossbench attending remotely, despite this being routine in the Senate since September 2020.

Much ink has been spilled documenting the Morrison government’s dubious record on integrity matters. These include the rorting and misuse of public funds through discretionary grants programs, its refusal to conform to reasonable expectations of accountability to parliament or answer questions from the media, its unwillingness to enforce ministerial or other codes of conduct, or to concede accumulating evidence of widespread abuses of power with respect to public appointments.

The parliament, like the national cabinet, is merely the latest arena to showcase Morrison’s audacity, given his slim majority and the deep fractures within his government.

Speaker Tony Smith was overruled by the government on referring the Porter blind trust matter to the privileges committee, an unprecedented move in Australian politics. Lukas Coch/AAP

‘Whatever it takes’ approach gains momentum

Political scientist James Walter argues Morrison embodies the decades-long move to the centralisation and predominance of the leader in Australian politics. Morrison has leveraged and strengthened the institutional and personal power of the prime ministership, including an inner court of trusted loyalists and a large and powerful PMO. It asserts discipline and control across the government, including the public service.

Morrison’s PMO has developed a reputation for backgrounding against rivals and punishing critics. His department, headed by former chief of staff Phil Gaetjens, has been accused of enabling the prime minister to evade accountability and scrutiny.

Read more: View from The Hill: Scott Morrison becomes tangled in his own spider web

Australia is not the only Westminster-style system grappling with the trend towards an increasingly powerful political executive. In the United Kingdom, similar concerns have been raised about the extent to which unwritten “conventions” intended to guide political practice – premised on those holding power exercising self-restraint in the long-term public interest – are now sufficient to ensure appropriate standards of behaviour and respect for constitutional norms.

Since the Brexit referendum in 2016, a series of “constitutional abuses” has occurred in the UK. Andrew Blick and Peter Hennessy observe:

[The abuses] have touched upon many of the main government organs: the Cabinet, the Civil Service, Parliament, the judiciary, the devolved institutions, and even the monarchy.

These have brought into question whether the “good chap” theory that has underpinned the British political tradition (and also informs Australia’s) remains a sufficient bulwark against an overweening executive.

The flexibility of an unwritten constitution, based on restraint and mutual respect for governing norms, has served Britain and other Westminster-style systems well. However, Blick and Hennessy argue:

For the system to work, ministers must exercise [their] power responsibly and be willing to cooperate with oversight mechanisms to an appropriate extent.

[…] If general standards of good behaviour among senior politicians can no longer be taken for granted, then neither can the sustenance of key constitutional principles.

More effective ways need to be found to promote a culture of good behaviour among office-holders. This may include formally codifying expectations of behaviour and safeguards to protect the rule of law and strengthen the institutions of governance, including the civil service, parliament and the judiciary.

In 2020, Britain’s Committee on Standards in Public Life launched a review of “the strengths and weaknesses of the institutions, policies and processes that implement ethical standards in Westminster and beyond”. The review is being conducted against the backdrop of the Greensill lobbying scandal that involved (among numerous others) former prime minister David Cameron, and claims of a “chumocracy”, where access, positions and honours are a quid pro quo for mates and political donors.

It also comes amid criticism of the impact of informal, personalised networks surrounding British ministers on other institutions, notably the civil service. COVID-19 has exposed Boris Johnson’s shambolic governance style, his cavalier approach to the truth and preparedness to breach long-standing constitutional norms. This culture has extended to former supporters such as top adviser Dominic Cummings.

British Prime Minister Boris Johnson has also been criticised for a lack of accountability in government. AAP/AP/Alberto Pezzali

The case for a federal integrity commission is overwhelming

If, as recent performance in the Australian government suggests, “general standards of good behaviour among senior politicians can no longer be taken for granted”, the case for a federal integrity commission with strong powers is overwhelming.

But last week, as the Coalition closed ranks to shield Porter from scrutiny, Morrison told independent MP Helen Haines his government would not facilitate debate of her Australian Federal Integrity Commission Bill.

Like his “forever friend” Boris Johnson, Morrison seems little inclined to accept restraints on government power. But as last week also showed, even predominant prime ministers face risks when they overplay their hand.

Coalition MPs voted down the motion to refer Porter to the privileges committee on party lines. But many MPs, reportedly angry, demanded a meeting with Dutton.

Read more: Grattan on Friday: Porter's funding from a 'blind trust' is an integrity test for Morrison

On the ABC’s Insiders program, Niki Savva, who like Smith worked for former Treasurer Peter Costello, argued that

by doing what they did, they [the government] trashed the parliament, they undermined their own Speaker - they looked like they were trying to hide something. They left their own MPs exposed to very hostile reaction from constituents about why they were defending Porter and they’ve given extra ammunition to the independents who are fighting on integrity issues.

Late on Tuesday and directly addressing controversy surrounding last week’s motion, the Speaker made a statement to the House about the matter.

Smith noted that, in accordance with House of Representatives practice, he did not make a “ruling”, but gave precedence for a motion to be moved. In doing so, he was

simply allowing the House the opportunity to consider a motion immediately and debate and decide on whether the matter should be referred to the committee for inquiry and report.

Similarly, the National Party sorely tested the prime minister’s authority. Its agreement to the net zero by 2050 target was achieved despite Deputy Prime Minister Barnaby Joyce’s opposition, although the Nationals leader accepted the decision of his party room.

As the PM touted his net zero by 2050 plan, it has been galling to hear both he and Minister for Industry, Energy and Emissions Reduction Angus Taylor invoke the “Westminster system” and conventions of Cabinet confidentiality while at the same time ignoring key traditions of “responsible government” – including accountability to parliament. These had already been comprehensively trashed by Joyce and fellow National Bridget McKenzie, whose pretence of “outsiderism” despite their place at the apex of power would have been laughable if not so cynically damaging.

Lacking a federal integrity commission and anything remotely resembling a Committee on Standards in Public Life, the Australian parliament is increasingly an outlier. It is diminished and demeaned by an emboldened political executive, which, as we saw in 2019, will stop at nothing to secure its return to office.

It’s time for the nation’s legislators to exercise constitutional stewardship by resetting the balance. That will require courage from moderate Liberal backbenchers, whose compliance under their leader’s whip hand may have electoral consequences.

This article has been updated to reflect that the Speaker did not make a ruling on the Porter matter but instead allowed the House the opportunity to decide if it should be referred to the privileges committee.