Anthropologist Peter Sutton and archaeologist Keryn Walshe, recently published a book titled Farmers or Hunter-gatherers? The Dark Emu Debate. This book offers a dramatically different account of the social, spiritual and economic worlds of Australia’s First Peoples “before conquest” to what is presented in the acclaimed work by Yuin writer Bruce Pascoe, Dark Emu.

The debate Sutton and Walshe seek to have is whether farmers or hunter-gatherers is the right way to describe my maternal ancestry, the people who lived in Australia before colonisation by Europeans.

Sutton and Walshe want to strip the debate of any contemporary meaning, and return our thoughts to the facts of what went on before their own ancestors arrived on the scene to record, in English using foreign concepts, the truth about what they want to call hunter-gatherer societies or now, the “Old People”.

The central debate between these books is the characterisation of Aboriginal worlds at 1788.

Pascoe draws on colonial archives and actively and creatively offers a different interpretation to colonial bias to tell the story of Aboriginal peoples’ farming and associated practices. Sutton and Walshe, meanwhile, reject the label agriculture or “farming”. Instead, they prefer the descriptor “hunter-gatherers-plus” in relation to who they refer to as the “Old People”.

Rather than organising Aboriginal worlds along a spectrum weighted according to their agricultural development and progress, Sutton and Walshe argue there was a far more complex system that involved modifications to one’s environment and its resources, as well as elaborate spiritual work to keep it all going. This system was at least as complex as gardening or farming.

Characterisation of Aboriginal peoples as hunter-gatherers or farmers/agriculturists is a long running and shifting debate among anthropologists and archaeologists.

These characterisations and classifications seem to hinge on definitions and interpretations established by the academy. It would be unsurprising if anthropologists critiqued these labels, one another’s field work and conclusions almost entirely in the absence of Aboriginal people.

Sutton and Walshe state their intention to “avoid identity politics and racial polemics”, instead claiming to offer their critique in the spirit of debate.

However, they are clearly on the side of academic anthropology and archaeology — and the past — while Pascoe’s work is focused on the history of the present. Even with this claim, debates over interpretations of the past shape the politics of Aboriginal recognition today.

In his book, Pascoe crafted a persuasive account of Aboriginal people and the way they lived, largely unknown by a nation still viewing this land and First Peoples through a foggy colonial lens. Through his writing and speaking appearances, Pascoe has made the deep ancient past and the present intelligible and imaginable for a wide audience. 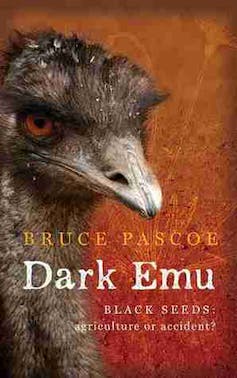 Dark Emu’s case for appreciating First People as agriculturalists has proven remarkably popular and is critically acclaimed. Dark Emu was named book of the year and won the Indigenous writers’ prize in the 2016 NSW Premier’s Literary Awards. In 2018, Pascoe received the Australia Council award for lifetime achievement in literature. His work has also attracted careful and considered, and not always supportive, reviews and articles in the academic sphere of peer-reviewed journals. Now, Sutton and Walshe seek “to set the record straighter”. Sutton and Walshe’s critique of Dark Emu at times comes across as churlish and pre-occupied with the historically dominant position of anthropologists in their claim to know Aboriginal people. With statements such as “Pascoe is some 50 years behind the scholarly discussions” and “a garden by definition is not wild”, we are reminded repeatedly that Western definitions and labels are supreme. Farmers or Hunter-gatherers? is occasionally scathing of the use of archival sources in Dark Emu, suggesting they have been misquoted, selectively deployed, and excluded large areas of relevant scholarship. The text provides numerous examples: some are significant omissions, others do not change the meaning Pascoe conveys. Sutton and Walshe assert Pascoe’s conclusions about village life and population numbers, among other points, are flawed. Elsewhere, they deem Pascoe’s use of sources in Dark Emu to be correct. Some of this critique seems unnecessary and exceeds the authors’ declared concern for fact, scholarship, countering the popularised mythology of history, and truthfulness. Sutton and Walshe’s book is interesting for the account of how they arrived at the label of First Peoples as “hunter-gatherers-plus” or “The Old People”. They detail the complexity of classical Aboriginal life: including mental and aesthetic culture, intricate webs of kinship, ritual performance, visual arts and land tenure systems. Rather than farming, the authors highlight how spiritual propagation, magic and Dreaming were maintained by human reverence and direct action — despite the introduction of gardening and agricultural methods by the invading settlers being consciously resisted. Sutton and Walshe’s overarching criticism is that Dark Emu does not engage with these non-physical complexities and instead “places high value on technological and economic complexity as a standard of a people’s worth”. This, as Sutton and Walshe state, is the gap in the book. However, this feedback also explains its audience appeal because it is largely confined to material economic behaviour and “separated from meaning, from intent, from values, from culture, from the spiritual, and from the emotional.” Read more: Secondary school textbooks teach our kids the myth that Aboriginal Australians were nomadic hunter-gatherers Constructive critical debate should serve First Peoples’ futures With only a few exceptions, anthropologists working in Australia have long fixed their gaze north, to the peoples who Sutton and Walshe are enamoured with and sometimes refer to as “before conquest”, on the “other side” of the frontier. Anthropologists rarely canvas the adjustments that Aboriginal peoples made after European invasion, especially as this hallmarks survival in southeastern Australia. 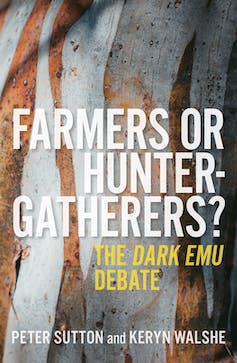 Sutton and Walshe offer several examples from the 1960s and 1970s of anthropological work that engaged public interest and some key and comprehensive texts. One example they cite is Catherine and Ronald Berndt’s seminal anthropology work, The World of the First Australians. They offer these examples as a critical counterpoint to the claim in Dark Emu of a pervasive and wilful ignorance of the complexity and sophistication of Aboriginal worlds. My experience teaching undergraduate students more closely aligns with Pascoe’s observations - students continue to arrive at their studies with little intellectual depth or appetite for engaging in debates over Aboriginal worlds or futures. They cite repeat viewings of popular films as the extent of their school curriculum. The legal recognition of Aboriginal land tenure may have dispensed with the myths of nomadism, yet rejection of the rightful place of First Peoples in the national political discourse attests to the need for more effective communication with the public, which includes popular and relatable texts. This is the sweet spot in the public imagination that works such as Dark Emu have appealed to. However, constructive and critical debate should accurately represent the history of First Peoples and, importantly, comprehend and better serve our present and future. This weeks marks the commencement of the annual NAIDOC celebration with the theme “Heal Country”. This should hopefully lead to consideration of landscapes and all our relationships to them, before 1788, since, and into the future.