Over recent weeks, we’ve seen reports some Australians under 40 who are not yet eligible for a COVID-19 vaccine have been getting their first dose.

These are people who don’t fall into a priority group outlined by the federal government, and are not eligible under the current rules in their state or territory.

These young people have...

Over recent weeks, we’ve seen reports some Australians under 40 who are not yet eligible for a COVID-19 vaccine have been getting their first dose.

These are people who don’t fall into a priority group outlined by the federal government, and are not eligible under the current rules in their state or territory.

These young people have been described as “queue jumping”. Although some might be jumping the queue, most, in my view, are not doing anything wrong.

Besides, given how slowly the vaccine rollout is progressing in Australia, these eager young folks may actually be doing us all a favour.

What exactly is going on?

It appears some younger ineligible Australians are getting the Pfizer vaccine, while others are choosing to take the AstraZenca vaccine.

The Australian Technical Advisory Group on Immunisation (ATAGI) has advised people under 60 (previously people under 50) should not be given the AstraZenca vaccine because of the risk of thrombosis with thrombocytopenia syndrome (TTS), a rare but serious blood clotting disorder.

Some younger Australians are accepting this risk in order to get the AstraZeneca vaccine before they’re eligible for Pfizer.

But how are young Australians who are not technically eligible getting either vaccine in the first place? Reports suggest there are three ways:

Read more: Even if Olympians are jumping the COVID vaccine queue, that's not necessarily wrong. A bioethicist explains

It’s important to note the context here. Some evidence suggests there’s a higher level of vaccine hesitancy than predicted or desired among Australians (around one-third of all adults).

The rollout of the vaccine in Australia has been slow and troubled for a variety of reasons, including changing safety advice and logistical issues.

Mixed messaging from politicians doesn’t help. For example, claims the vaccination rollout is “not a race” are off the mark. Speed is in fact of the essence. 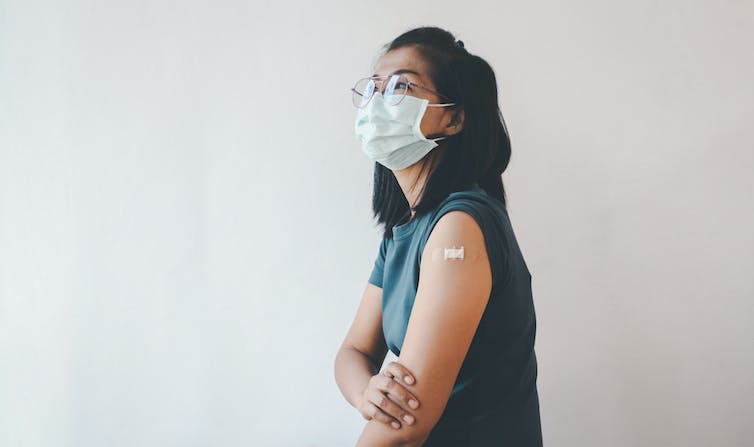 Young Australians managing to get in early for their COVID jab are either just showing up, or booking online. Shutterstock

Most younger Australians are not queue jumping

From an ethical standpoint, what matters is making sure you don’t potentially disadvantage or harm other people who are in greater need of the vaccine than you are.

Generally speaking, if there are good reasons provided for the order in which a scarce resource will be allocated, no individual person should cheat their fellow resident from that resource by disregarding the allocation process.

There may be an ethical question about whether younger people should be offered the AstraZenca vaccine at all given the risk of TTS and ATAGI’s recommendations. But assuming people are giving their free and informed consent, we can set aside this concern for now.

Those younger ineligible Australians who are taking the Pfizer vaccine may be said to be jumping the queue. But if they’re telling the truth when enrolling online, or perhaps waiting until the end of the day to use a dose that would otherwise go to waste — and a health-care worker at a vaccination centre is giving them permission to be vaccinated — they can’t be accused of queue jumping.

The rules around allocation, and the enforcement of those rules, cannot rest with each individual, but rather lies with those in charge of delivering vaccines. If there are spare vaccine doses to be had, this suggests there’s a system failure at some point between vaccine procurement and delivery. 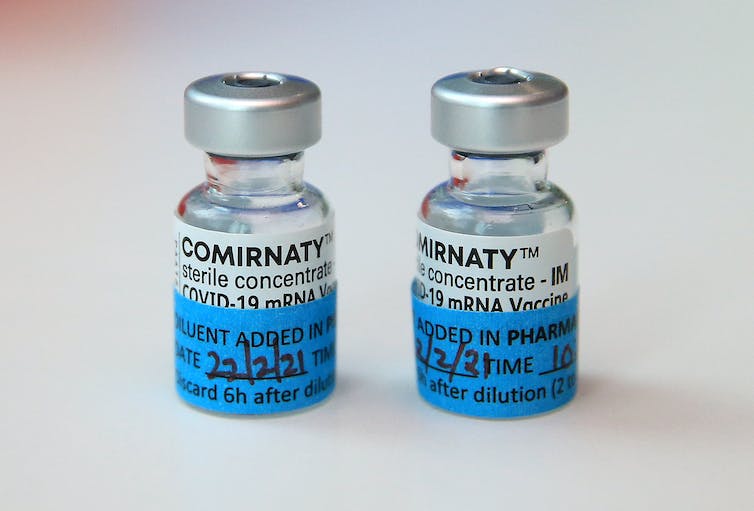 Australia’s vaccine rollout has been slow and troubled. Mark Stewart/AAP

The only people who could be rightfully accused of queue jumping are those who register for vaccines with links that aren’t meant for them. Doing so is a clear intent to bypass the rules and enforcement mechanisms in place.

We want vaccines in arms

Unless people who are eligible and want to receive the Pfizer vaccine are being denied access — and I haven’t heard this is happening, at least not because of queue jumping — then the default should be to vaccinate as many Australians as possible, as quickly as possible.

We know individuals won’t be as safe as they could be until a large proportion of the population is vaccinated. We also know our vaccine rollout is well behind schedule.

So if anything, we should be thanking younger Australians for doing their part to accelerate the COVID-19 vaccination rates in this country.

Read more: We may never achieve long-term global herd immunity for COVID. But if we're all vaccinated, we'll be safe from the worst