This article contains names and images of people who have passed.

On August 23 1966, Vincent Lingiari and his fellow Aboriginal stock workers walked off the Wave Hill cattle station in the Northern Territory. Their action, in pursuit of fair working conditions, wages and land, was supported by unions across the country, and lasted nine years – the longest in Australian history.

That remarkable struggle, known to many Australians through the song “From little things big things grow” by Kev Carmody and Paul Kelly, culminated in the federal government passing the Aboriginal Land Rights (Northern Territory) Act in 1976, which granted parcels of land to Aboriginal communities.

Less well-known, however, is the upshot of the station workers’ campaign for fair wages. That remains unfinished business.

Aboriginal stock workers were excluded from being paid award rates until 1966, when the Commonwealth Conciliation and Arbitration Commission ruled they should be paid equal wages under the Cattle Industry (Northern Territory) Award 1951. Pastoral companies were given until 1968 to restructure their labour practices.

But this proved a limited win. Cattle stations never resumed the mass employment of Aboriginal workers, turning instead to motorised mustering techniques. Nor did they pay compensation for profiting from decades of low or withheld wages. 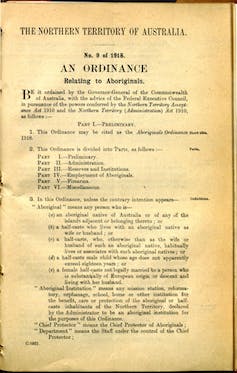 In these practices the Commonwealth government was complicit through its 1918 Aboriginal Ordinance, which provided powers to territory officials (called “Aboriginal Protectors”) to govern all aspects of Aboriginal peoples’ lives, including their employment and wages.

The class action (filed in the Federal Court on June 10) seeks compensation from the Commonwealth for wages of Aboriginal workers in the Northern Territory held in trust accounts from 1933 to 1972 and never paid.

The action alleges the federal government breached multiple duties of care by using its powers to require Aboriginal people to work for no or inadequate wages through discriminatory laws in the Northern Territory.

Non-payment of wages to Aboriginal workers was widespread in Australia. It was especially prevalent on pastoral stations, and also occurred in the pearling industry and on government settlements and church-run missions.

Sometimes the money was put into a “trust fund”. Sometimes it was simply not paid, on the pretence the employer was providing rations, shelter, clothes or store credit.

Station worker Big Mick Kankinang recalled the paltry provisions when he was interviewed in the late 1970s:

Hobbles Danayarri, interviewed in the 1980s, described how Aboriginal workers were treated on the Victoria River Downs Station, the biggest cattle station in the Northern Territory: 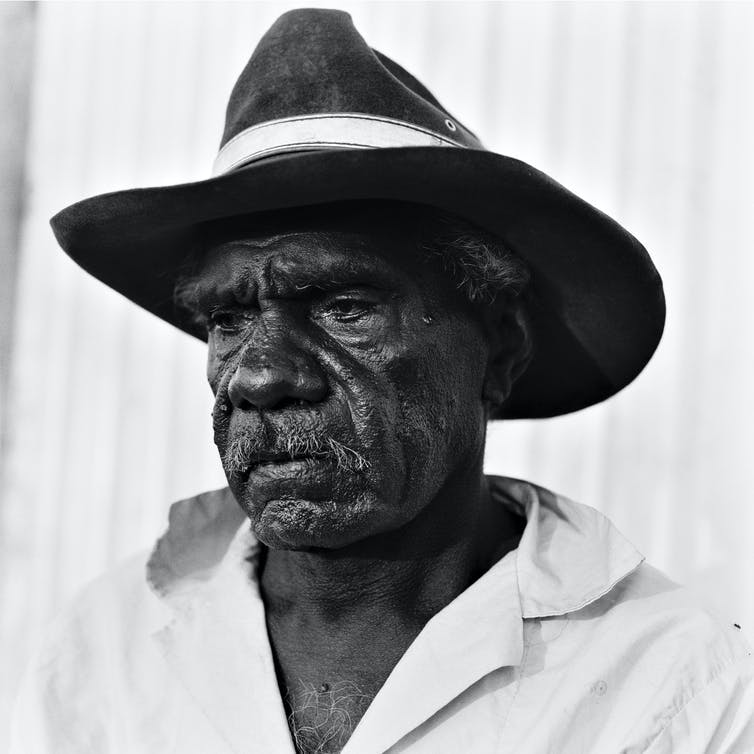 Hobbles Danayarri, photographed in 1980 by Håkan Ludwigson. This portrait was published in Ludwigson’s book Balls and Bulldust, featuriing images of life on cattle stations in the Northern Territory. Håkan Ludwigson, CC BY

At its peak the Victoria River Downs station covered 41,000 square kilometres. Like Wave Hill – and the Cattle Creek, Helen Springs and Morstone Downs stations – it was run by the Vestey Group, a British family company that leased vast tracts of land at “minimal rents” in exchange for building an abattoir in Darwin. The company sold its leases in the 1990s. It continues (as Vestey Holdings) to be a significant player in the food industry.

Campaigns protesting unpaid wages and effective enslavement go back to the early 1900s.

Two decades before the 1966 action by Lingiari and his comrades, for example, 800 Aboriginal pastoral workers in Western Australia’s Pilbara region walked off stations demanding wages and fair working conditions. Their strike lasted three years, from 1946 to 1949.

Over the past two decades, Aboriginal people have sought compensation for wages owed as historians have unearthed documents and recorded testimonies adding to evidence that governments and corporations weren’t holding anything in “trust”, but knowingly stealing wages for their own gain. 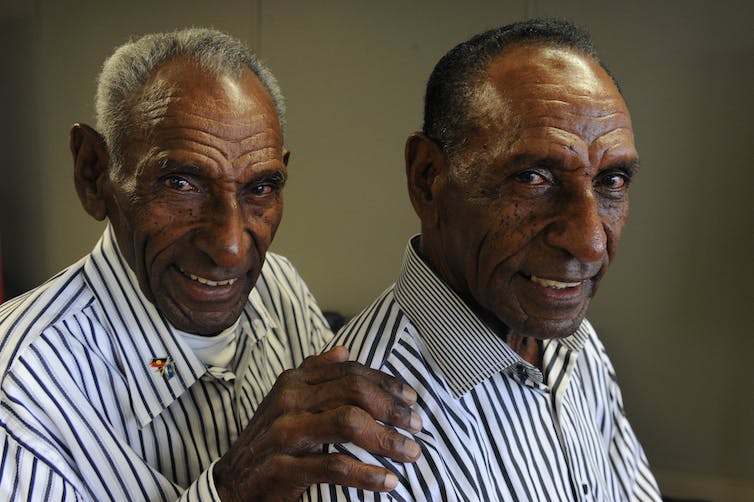 Twins Arthur and Paul Ah Wang, photographed in 2011 when they were 76 years old) were among those seeking compensation from the Queensland government for unpaid wages. They began working as pearl divers in 1948 as 13-year-olds. Dave Hunt/AAP

Read more: Was there slavery in Australia? Yes. It shouldn't even be up for debate

Previous and ongoing claims for wages

These paltry amounts have precipitated class actions against the Queensland and Western Australian governments.

That’s an average of about A$19,000 per claimant – a “disheartening” return, as the son of one claimant put it for the exploitation his mother endured from a young age.

The West Australian action was initated in 2020 and is still in process. The law firm running the claim, Shine Lawyers, has said it expects to end up representing tens of thousands of claimants.

Shine is also running the Northern Territory class action. Costs are being funded by Litigation Lending, a specialist class-action financing company that is also funding the WA action, and funded the Queensland claim.

The Northern Territory class action, though not the first such case, is still a landmark, putting the federal government in the dock.

It’s safe to assume the government will want to settle. The only question is for how much. For a just settlement, compensation should be more than the money owed.

In other areas of compensation, courts award “exemplary damages” to punish a wrongdoer for perpetrating a deliberate and egregious harm and send a message to others. Justice must also reflect the “transgenerational disadvantage” arising from this systemic wage exploitation. It has also impoverished workers’ descendents, just as the profits of the Vesteys have benefited their descendants.

Which raises the issue of whether only governments should be paying compensation. Should corporations that owe their current fortunes to past exploitation not also be expected to redress injustices committed in living memory?

Indeed Samuel Vestey, the “British Lord Vestey” referred to in “From little things big things grow”, died only in February.

“Good ownership is good for business. Good for everyone,” says the website of Vestey Holdings. “Our business is a partnership between the family and colleagues, with everyone fairly rewarded for their contribution to our collective success.”

It (and other corporations) may yet be required to put its money where its mouth is by compensating generations of Aboriginal people for their unpaid, involuntary contributions to those companies’ success.