This week’s federal Newspoll, conducted March 10-13 from a sample of 1,521 people, gave Labor a 52-48% lead on a two-party preferred basis, a two-point gain for Labor since the previous Newspoll three weeks ago.

In addition, 62% were satisfied with Prime Minister Scott Morrison’s performance (down two) and 34% were dissatisfied, for a net approval of +28. Labor leader Anthony Albanese’s net approval jumped eight points to +1.

On voting intentions, this is Labor’s best showing in the poll since last February, immediately after the bushfire crisis but before the COVID-19 pandemic spread to Australia. It is Morrison’s narrowest better PM margin since April. 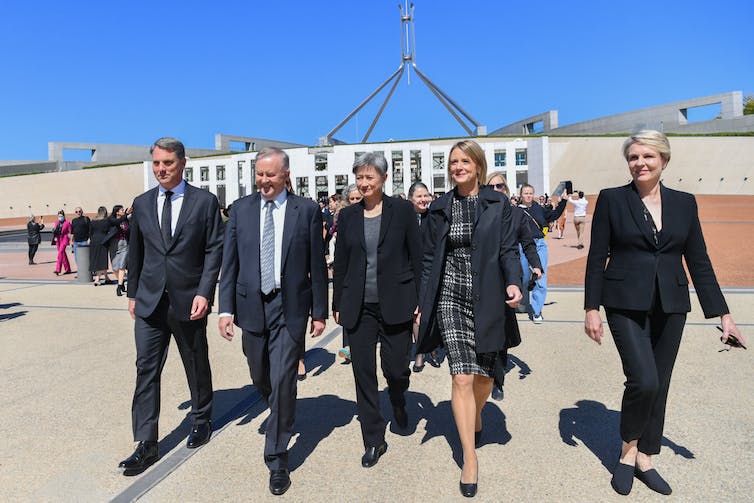 The Morrison government’s response to two separate rape allegations against a minister in the cabinet and a staffer in another minister’s office has also likely played a role in Labor’s improvement in the poll.

Read more: 'What are you afraid of ScoMo?': Australian women are angry — and the Morrison government needs to listen

The Poll Bludger reports that Newspoll aggregated its last two polls to determine if the Coalition’s slump was driven mostly by women respondents.

However, this does not appear to be the case. As compared with the Newspoll aggregate data from October to December, the Coalition’s primary vote is down two points among both men and women, while Labor’s primary vote is up three points with men and up two with women.

The Essential poll out today corroborates Newspoll in still giving Morrison strong ratings — his net approval is +33, down only slightly from +37 in February.

While Newspoll had Albanese gaining much ground on the better prime minister question, Essential has Morrison ahead by 52-26% on this measure, down only slightly from 52-24% in February.

Essential gave the federal government a 70% good to 12% poor rating on handling of COVID, up from 62-14% last fortnight. This was behind the state governments’ handling of the pandemic, with the exception of Victoria, which only garnered a 62% good rating.

Read more: Could the Morrison government's response to sexual assault claims cost it the next election?

It appears, then, the slow roll-out of Australia’s vaccination program is not yet hurting the government’s approval ratings.

I am sceptical that the rape allegations can be a lasting driver of gains for Labor in the polls. The infamous Access Hollywood tape, in which Donald Trump spoke in vulgar terms about women, emerged about a month before the 2016 US election, yet it didn’t prevent Trump from defeating Hillary Clinton to win the presidency.

Recently, Andrew Cuomo, the Democratic governor of New York state, has been accused of sexual harassment of his female employees. But a New York Siena poll had 50% of respondents saying Cuomo should not resign immediately, while 35% said he should. Women were more favourable to Cuomo than men on this question, too.

With 63% of enrolled voters counted in Saturday’s Western Australia election, the ABC is now calling 50 Labor seats, two Liberals and four Nationals, with three still in doubt. In the doubtful seats, Labor currently leads in Nedlands and Warren-Blackwood, but trails in Churchlands.

We would normally expect a decline in Labor’s primary vote as postal votes are added, as these tend to be Labor’s worst vote category. But Labor’s statewide primary vote has instead increased to 59.9% from 59.1% on election night.

Labor’s massive primary vote explains why they will win control of the upper house for the first time. Labor’s upper house vote share (60.1%) is currently slightly better than in the lower house. 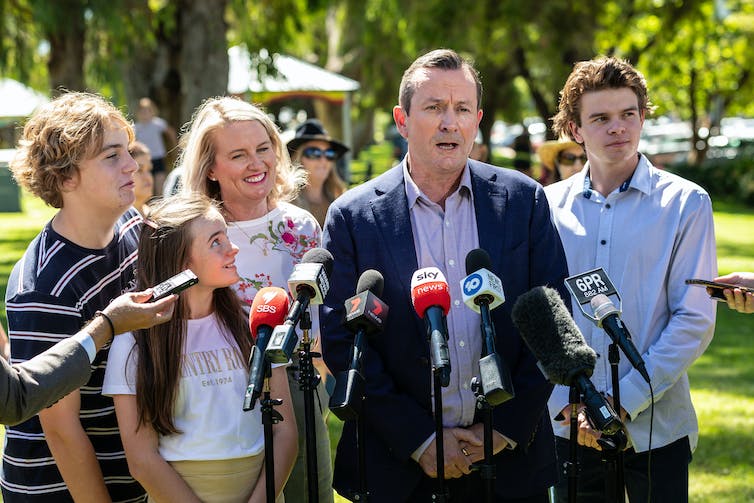 Mark McGowan returned as WA premier for a second term after a disastrous showing for the Liberals in last weekend’s election. Richard Wainwright/AAP

On the ABC’s upper house calculators, Labor is winning 22 of its 23 seats on raw quotas, without requiring preferences.

Labor could win five of the six seats in the Eastern Metropolitan region on a massive primary vote of 67.4%, or 4.72 quotas. The most surprising result is in the Mining and Pastoral region, where the Daylight Saving party is winning a seat off just 0.2% of the vote (0.01 quotas).

This result shows that group voting tickets should be abolished and replaced by the Senate’s voter-directed preference system. With its big majority in both chambers of the state parliament, the re-elected Labor government should pursue both this reform and an end to the heavy rural malapportionment in the upper house.