During the recent American elections, the most eye-catching graphics were were the individual county tallies.

These showed that even when states appeared to be overwhelmingly Republican red, some still “flipped” to the Democrats on the strength of a smaller number of blue squares.

The trick? These azure islands denoted population clusters in cities like Detroit, Pittsburgh, Atlanta, and Phoenix.

The left-right chasm between urbanised Americans and the more sparsely distributed rural-regional ones was there to see in primary colours.

But the division itself was neither new, nor especially American.

And of course in Australia, this trend is also well established.

Indeed, Coalition majorities have long been built on the need for niche-messaging. This sees Liberals garner the city vote, while mostly leaving the Nationals to reinterpret the conservative brand for bush sensibilities.

As a one-message-fits-all party, the ALP has struggled with this, and as the two Australias become more distinct and antagonistic, the strain is showing.

Labor’s primary vote nationally is stuck in the low-to-mid 30% range. In the resources states, it sits even lower. That’s too low to win a majority, prompting some in Labor to suggest a Liberal/National-style partnership with the Greens. 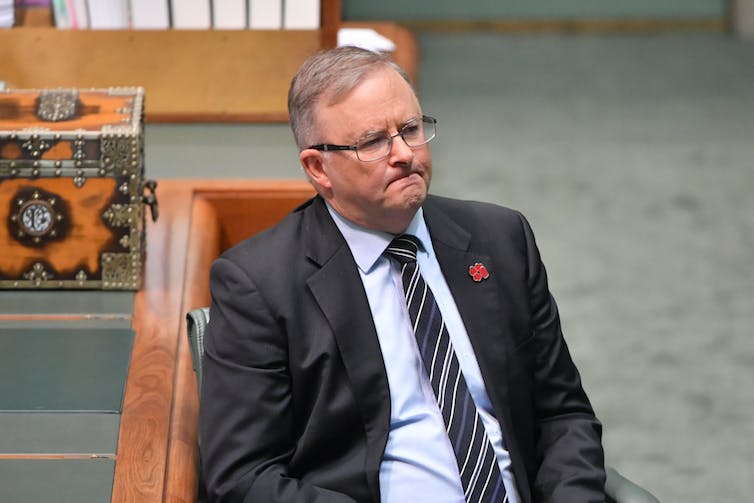 Labor needs to boost its primary vote if it is to win government on its own. Mick Tsikas/AAP

But it is far from clear how this would maximise the combined lower house seat haul, given they both court the same inner-city electors. What seems more obvious is that a joint Labor-Greens ticket would actually accelerate the drift of industrially-centred regional seats towards the Coalition.

Fitzgibbon and the coal dilemma

This is already happening.

According to Joel Fitzgibbon, who resigned last week from the shadow frontbench, Labor’s ambitious 45% by 2030 emissions cut at the last election proved this. After being pushed to preferences in 2019 on the back of a 14% primary vote slump, Fitzgibbon believes that “crazy” policy was kryptonite in his coal-dominated seat, and in regional communities up and down the eastern seaboard.

The Hunter Valley-based MP, and others in Labor’s right faction, argue such communities feel abandoned by a party beholden to inner-city progressives. There’s no doubt Labor MPs are increasingly pessimistic over their electoral prospects.

Some on the right insist the party is doomed unless it actively reconnects with its industrial roots, and that means dropping the climate change focus.

As Fitzgibbon told reporters when announcing his frontbench resignation,

We have to speak to, and be a voice for, all those who we seek to represent, whether they be in Surry Hills or Rockhampton. And that’s a difficult balance.

For Labor leader Anthony Albanese, this presents a near unsolvable puzzle. He needs to outflank the Greens on his capacity to form a government and deliver, and out-perform the Coalition on commitment. Now, he must also manage a rebellion inside his caucus from those who want to dump the party’s climate policy. 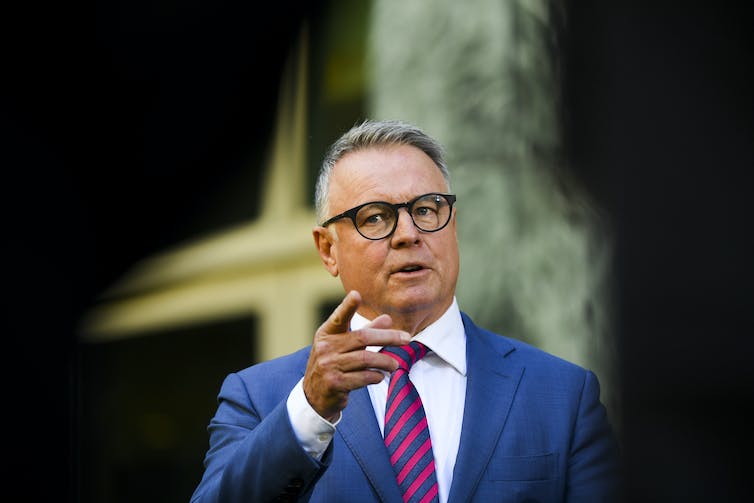 Right-aligned MPs, buttressed by powerful unions, argue steering closer to the Coalition than the Greens is the only way to secure government.

But Labor’s paid-up membership and a majority of its MPs favour a clear acknowledgement of the scientific evidence — evidence that unambiguously calls for the phasing out of fossil fuels in the next decade or two.

In a sign of things to come, the blaze of publicity surrounding Fitzgibbon’s resignation completely derailed Labor’s attempt to highlight how the new Democratic White House had left the Morrison government exposed as the only serious economy explicitly not committed to a net-zero time-line.

Read more: After Biden's win, Australia needs to step up and recommit to this vital UN climate change fund

But Fitzgibbon, who claims to have substantial caucus support, wants Labor to simply tuck in behind the Morrison government and allow it to take any political heat for emissions targets not met and voters left frustrated.

Yet this too would be politically calamitous.

There could be an election next year

With an election possible within 12 months, time to reconcile these oil-and-water imperatives is fast running out.

It is a perfect storm. On the one hand, there is rising pessimism over Labor’s ability to compete with the Morrison government – especially during a pandemic. On the other, rising community impatience for decisive climate action.

That the opposition has not yet named interim emissions targets for 2030 and 2035 despite a clear commitment to net-zero emissions by 2050, speaks to its nervousness. Its rhetoric stresses urgency and purpose, but its detail reveals hesitation.

Insiders know any repeat of its 2019 each-way bet on the Adani coal-mine will be a gift to the Greens.

As the policy show-down looms, so too does the ever-present danger to Albanese of it morphing into a leadership stoush. The left’s Tanya Plibersek and the right’s Jim Chalmers are regarded as the most credible alternatives. 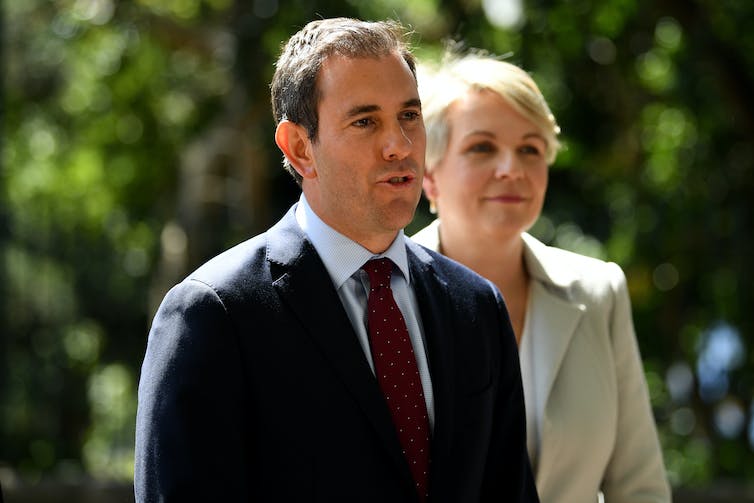 Leadership speculation has bubbled up again, as Labor struggles with its climate stance. Samantha Manchee/AAP

While only a climate capitulation would satisfy right-wing malcontents, another school of thought favours a doubling down, based on the simple arithmetic that there are a dozen-plus Coalition seats held by margins of under 5% — more than enough to compensate for the loss of regional electorates.

Perhaps Labor’s only hope of keeping both sides in the tent is to propose a bold, generously funded transition fund.

This would not just talk about green jobs and retraining, but directly pay those workers who are displaced. It would include everything from the loss of income and retraining, to compensating for the loss of businesses, house values, and full family relocation costs.

Taking advantage of the low cost of borrowing, this multibillion brown-to-green transition fund could guarantee workers in phased-out sectors would not be left to carry the costs of what is a “national” responsibility and “national” economic reconfiguration.

This could this be Labor’s winning formula: representation, leading to reparation, enabling reform.