Election polling has had a torrid time in recent years.

Prominent examples of the polls performing below expectations include the United Kingdom’s 2015 general election, the 2016 Brexit referendum and the United States’ 2016 presidential election.

Read more: How did we get the result of the US election so wrong?

The dust is yet to settle on how well the polls performed in the recent US election, but the highly respected Pew Research Center is reporting that by the end of counting, the polls will likely have overestimated the Democratic advantage by about four percentage points.

Closer to home, we saw the below par performance of national election polls during the 2019 federal election. All of these showed Labor had the support of the majority of Australian voters.

Yet, the Coalition went on to win with 51.5% of the vote compared to Labor with 48.5%, almost the mirror opposite of what the final polls found.

After the election, the polls attracted widespread criticism.

In response, the Association of Market and Social Research Organisations and the Statistical Society of Australia launched a joint inquiry into the performance of the polls, which I chaired.

This involved trying to obtain primary data from the pollsters, assembling the sparse information in the public domain and finding additional data sources to inform our report.

The inquiry found Australian election polling had a good track record, by and large. 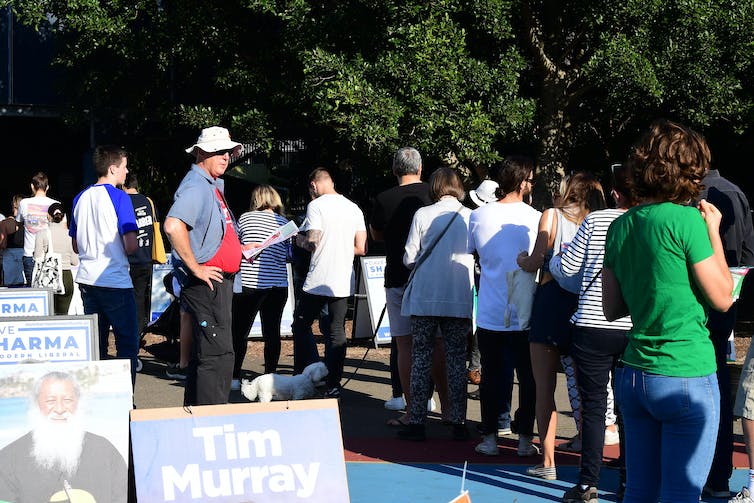 Australia suffered a systematic ‘polling failure’ in the lead up to the 2019 federal election. Bianca De Marchi/AAP

Across the ten federal elections since 1993, Australian pollsters had a 73% success rate in “calling the right result” with their final polls. The comparable success rate of US pollsters over a similar period was 79%, according to fivethirtyeight.

Australian pollsters had an even better track record in more recent times with 25 out of 26 final polls from 2007 to 2016 calling the right result, a phenomenal 96% success rate.

So what went wrong in 2019? With limited cooperation from the pollsters themselves, the inquiry identified a number of factors.

This recent fall in response rates was part of a longer term decline, coinciding with the increasing take-up of lower cost polling methodologies (predominately online and robopolling) and pressure on polling budgets.

It also seemed to be the case — perhaps lulled into complacency by a long period of relative success and a mistaken belief that compulsory voting made Australia different — that our pollsters did not heed the lessons emerging from the polling reviews into 2015 UK and 2016 US elections. These identified unrepresentative samples (in the UK) and the failure of many polls to adjust for the over-representation of college graduates (in the US) as primary reasons for poll inaccuracies.

The inquiry found no compelling evidence for the “shy conservative” theory — that people were afraid to admit their true intentions to pollsters — as a possible explanation for the performance of the polls in 2019. It also found no compelling evidence of pollsters being deliberately misled by respondents, or a comprehensive late swing to the Coalition that may have been missed by the polls. 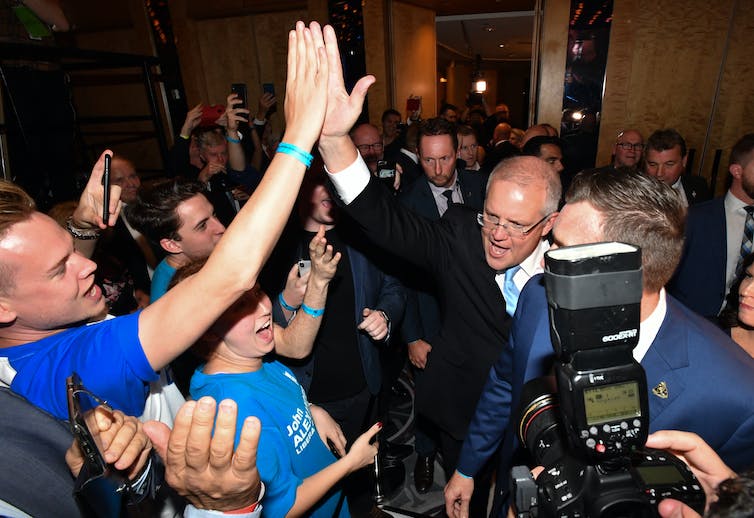 Prime Minister Scott Morrison said he ‘believed in miracles’ when he claimed victory, but the polls were also wrong. Mick Tsikas/AAP

Both of these factors are associated with stronger levels of support for the Labor Party and were not reduced by sample balancing or weighting strategies.

So, the performance of the polls in 2019 had the hallmarks of a systematic polling failure rather than a one-off polling miss. The pollsters were stung into action with several announcing their own internal reviews. They also launched an Australian Polling Council,

with the aim of advancing the quality and understanding of public opinion polling in Australia.

With the next federal election possible as soon as August 2021, the need for reform of polling standards in Australia is urgent.

The main recommendations from our inquiry are as follows:

Election polling plays such an important role in informing decisions and shaping expectations ahead of elections. Time is running out to learn the lessons of 2019. Rapid implementation of our recommendations is vital.