Last week San Francisco became the latest city to ban natural gas in new buildings. The legislation will see all new construction, other than restaurants, use electric power only from June 2021, to cut greenhouse gas emissions.

San Francisco has now joined other US cities in banning natural gas in new homes. The move is in stark contrast to the direction of energy policy in Australia, where the Morrison government seems stuck in reverse: spruiking a gas-led economic recovery from the COVID-19 pandemic.

Natural gas provides about 26% of energy consumed in Australia — but it’s clearly on the way out. It’s time for a serious rethink on the way many of us cook and heat our homes. 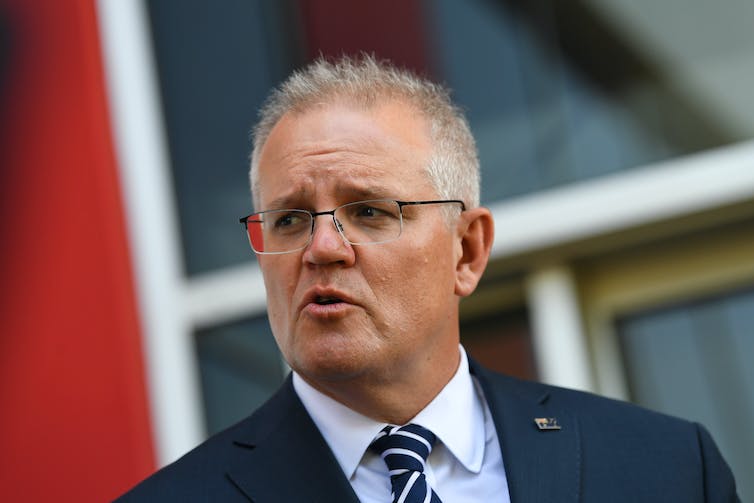 While San Francisco bans gas, the Morrison government turns to gas to recover the economy from the pandemic. AAP Image/James Ross

San Francisco is rapidly increasing renewable-powered electricity to meet its target of 100% clean energy by 2030. Currently, renewables power 70% of the city’s electricity.

The ban on gas came shortly after San Francisco’s mayor London Breed announced all commercial buildings over 50,000 square feet must run on 100% renewable electricity by 2022.

Buildings are particularly in focus because 44% of San Franciscos’ citywide emissions come from the building sector alone.

Read more: 4 reasons why a gas-led economic recovery is a terrible, naïve idea

Following this, the San Francisco Board of Supervisors unanimously passed the ban on gas in buildings. They cited the potency of methane as a greenhouse gas, and recognised that natural gas is a major source of indoor air pollution, leading to improved public health outcomes.

From January 1, 2021, no new building permits will be issued unless constructing an “All-Electric Building”. This means installation of natural gas piping systems, fixtures and/or infrastructure will be banned, unless it is a commercial food service establishment.

In the shift to zero-emissions economies, transitioning our power grids to renewable energy has been the subject of much focus. But buildings produce 25% of Australia’s emissions, and the sector must also do some heavy lifting.

A report by the Grattan Institute this week recommended a moratorium on new household gas connections, similar to what’s been imposed in San Francisco.

The report said natural gas will inevitably decline as an energy source for industry and homes in Australia. This is partly due to economics — as most low-cost gas on Australia’s east coast has been burnt.

Read more: A third of our waste comes from buildings. This one's designed for reuse and cuts emissions by 88%

While acknowledging natural gas is widely used in Australian homes, the report said “this must change in coming years”. It went on:

This will be confronting for many people, because changing the cooktops on which many of us make dinner is more personal than switching from fossil fuel to renewable electricity.

The report said space heating is by far the largest use of gas by Australian households, at about 60%. In the cold climates of Victoria and the ACT, many homes have central gas heaters. Homes in these jurisdictions use much more gas than other states. 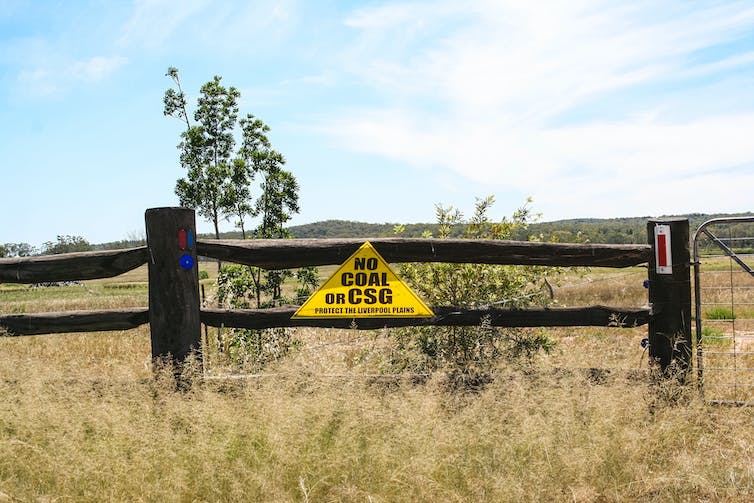 Australia’s states and territories have much work to do if they hope to decarbonise our building sector, including reducing the use of gas in homes.

The plan also involved better disclosure of a building’s energy performance. To date, Australia’s states and territories have largely focused on voluntary green energy rating tools, such as the National Australian Built Environment Rating System. This measures factors such as energy efficiency, water usage and waste management in existing buildings.

But in 2020, just 2% of buildings in Australia achieved the highest six-star rating. Clearly, the voluntary system has done little to encourage the switch to clean energy. 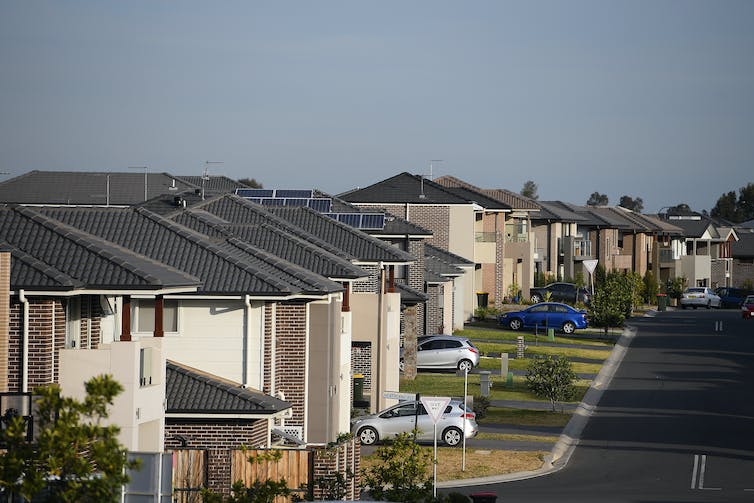 An estimated 200,000 new houses are built in Australia every year. AAP Image/Dan Himbrechts

The National Construction Code requires mandatory compliance with energy efficiency standards for new buildings. However, the code takes a technology neutral approach and does not require buildings to install zero-carbon energy “in the absence of an explicit energy policy commitment by governments regarding the future use of gas”.

An estimated 200,000 new homes are built in Australia each year. This represents an opportunity for states and territories to create mandatory clean energy requirements while reaching their respective net-zero emissions climate targets.

Under a gas ban, the use of zero-carbon energy sources in buildings would increase, similar to San Francisco. This has been recognised by Environment Victoria, which notes

Creating incentives for alternatives to gas may be another approach, such as offering rebates for homes that switch to electrical appliances. The ACT is actively encouraging consumers to transition from gas.

Banning gas in buildings could be an economically sensible move. As the Grattan Report found, “households that move into a new all-electric house with efficient appliances will save money compared to an equivalent dual-fuel house”.

Meanwhile, ARENA confirmed electricity from solar and wind provide the lowest levelised cost of electricity, due to the increasing cost of east coast gas in Australia.

Future-proofing new buildings will require extensive work, let alone replacing exiting gas inputs and fixtures in existing buildings. Yet efficient electric appliances can save the average NSW homeowner around A$400 a year.

Learning to live sustainability, and becoming resilient in the face of climate change, is well worth the cost and effort.

Should we be cooking with gas?

Recently, a suite of our major gas importers — China, South Korea and Japan — all pledged to reach net-zero emissions by either 2050 or 2060. This will leave our export-focused gas industry possibly turning to the domestic market for new gas hookups.

The window to address dangerous climate change is fast closing. We must urgently seek alternatives to burning fossil fuels, and there’s no better place to start that change than in our own homes.