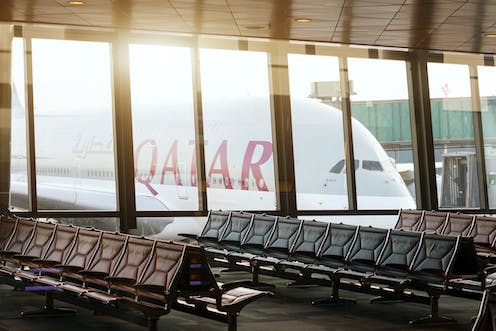 The government of Qatar has expressed “regrets” for “any distress or infringement on the personal freedoms” suffered by women subjected to invasive physical searches after the discovery of an abandoned newborn at Doha airport.

Among the women taken off a Qatar Airways flight for Sydney for the searches – which extended to passengers on 10 flights – were 13 Australians.

The Qatar statement said the newborn infant was found on October 2 “in a trash can, concealed in a plastic bag and buried under garbage”.

“The baby girl was rescued from what appeared to be a shocking and appalling attempt to kill her. The infant is now safe under medical care in Doha,” the statement said.

“This egregious and life-threatening violation of the law triggered an immediate search for the parents, including on flights in the vicinity of where the newborn was found.

"While the aim of the urgently-decided search was to prevent the perpetrators of the horrible crime from escaping, the State of Qatar regrets any distress or infringement on the personal freedoms of any traveler caused by this action”.

Qatar’s prime minister and minister of interior had ordered a comprehensive and transparent investigation into the incident, the statement said.

“The results of the investigation will be shared with our international partners. The State of Qatar remains committed to ensuring the safety, security and comfort of all travelers transiting through the country.”

Scott Morrison said the Australian government would provide a further response after it had seen the report.

“We find this unacceptable. That has been the official message and conveyed very clearly in the investigation, because it is unacceptable,” he told a news conference.

“It was appalling. As a father of daughters, I could only shudder at the thought that anyone would, Australian or otherwise, … be subjected to that.

"I think you can be confident those messages were conveyed very clearly.”

Referring to the circumstances of the incident Morrison mistakenly spoke of “the death of a child”.

The Prime Minister noted that 15% of Australians coming home at the moment were travelling via Qatar Airlines.

“They are actually providing a pretty important role in getting Australians home so we need to continue to manage both of these issues”.