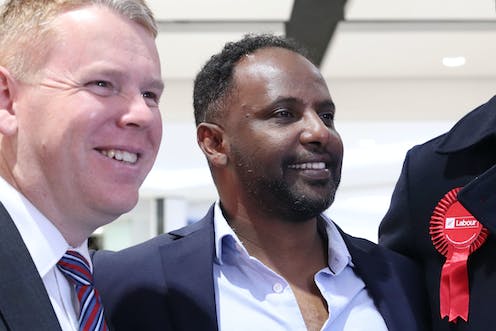 The election of Labour candidate Ibrahim Omer on October 17 makes him New Zealand’s first African MP and one of only two former refugees to sit in the New Zealand parliament.

Omer originally fled Eritrea for Sudan as a teenager, before being...

The election of Labour candidate Ibrahim Omer on October 17 makes him New Zealand’s first African MP and one of only two former refugees to sit in the New Zealand parliament.

Omer originally fled Eritrea for Sudan as a teenager, before being accepted by New Zealand. That experience makes him “the real deal”, according to the Labour Party. His election supports the story that, no matter your background, you can join the New Zealand community and become a leader.

The reality for many former refugees from Africa, however, shows this is not easy. There are major structural and societal obstacles, including experiences of racism, and a lack of ongoing support and trauma care.

My research suggests these experiences are shared by many. Between 2018 and 2020 members of the Luo community in Wellington, a diverse group mostly from Uganda and South Sudan, shared their stories. Like Omer, many had fled their countries to escape war, torture, rape and persecution.

Also like Omer, many spent several years in refugee camps before they found refuge in New Zealand. These camps are not easy places — violence is common and food rations are limited, with children in particular at risk of malnutrition. People regularly disappear and die, families are often separated and it may be years before they are reunited, if they ever are.

New Zealand is one of only 37 countries to commit to the regular resettlement of refugees. Capped at 1,500 per year, New Zealand’s program has taken over 35,000 refugees since the second world war.

But the support offered is limited. After six weeks at the Mangere Refugee Resettlement Centre in Auckland, people are sent to settlement areas across New Zealand. Ongoing help is left primarily to volunteer agencies and is patchy at best.

Interviewees reported feeling lost, confused and unsure of their rights and options. Most concerning was the treatment they reported from professional health-care providers, as well as a general sense of exclusion from New Zealand society.

Read more: Why equal health access and outcomes should be a priority for Ardern's new government

Health and well-being are viewed as vital to successful immigrant integration and overall community health. New Zealand recognises this in the five strategic priorities of its Refugee Resettlement Strategy.

The majority of participants, however, reported experiencing racism from health-care providers. One person was told his skin was too dark for diagnosis, and his skin complaint remained untreated.

People struggled with health-care professionals lacking cultural awareness or sensitivity to the lasting consequences of being a refugee. One commented:

For us Africans, most doctors don’t know what is culturally appropriate and what’s not, and […] no one is interested to ask us before we are given treatment.

The need for cultural competency

The Medical Council of New Zealand acknowledges that cultural competency is a key factor in reducing health inequity. Current accreditation training for doctors includes aspects of cultural safety training. But this varies across district health boards (DHBs) and focuses on Māori and Pasifika communities. There is no training in the specific issues faced by former refugees.

Priority is also given to physical health. While important, this is often not the most significant issue for former refugees. They often suffer from depression and other mental illnesses, as well as alcohol dependency and drug use due to ongoing stress.

Read more: WHO reform: a call for an early-warning protocol for infectious diseases

Many suffer from family breakdown. The causes of this are complicated, but my research found they were compounded by social exclusion from vital sources of support, including health care.

Post-migration experiences have been shown to have a significant impact on people’s ability to recover from traumas suffered before migration. A UK study in 2018 found racial discrimination and harassment of ethnic minorities indirectly affected health outcomes due to exclusion from vital support systems such as education, employment and housing. 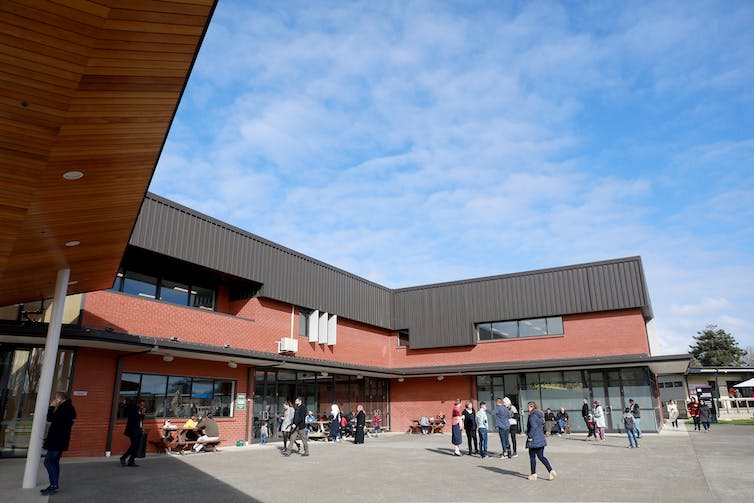 The newly rebuilt Mangere Refugee Resettlement Centre in Auckland: what happens once arrivals have finished their six weeks here? GettyImages

A 2010 report by the World Health Organisation noted that migrants and ethnic minorities across Europe often suffer social exclusion, resulting in poorer health outcomes. Institutional racism in the health-care system has long been recognised as a factor in health inequities in New Zealand. In the context of a rapidly diversifying population, confronting this becomes more urgent.

Omer has promised to tackle issues facing immigrants, and there are many ways the refugee experience could be improved. These include:

The participants in this research want to feel at home in New Zealand. They are grateful to have found refuge, and all have worked hard to adapt to life here. They are care workers, community leaders, IT specialists. Their children go to school and university here and look forward to playing an active role in society.

Taking steps to provide ongoing support for refugees arriving in New Zealand is one way to make their hoped-for futures viable.