Is it possible the whole observable universe is just a thing kept in a container, in a room where there are some other extraterrestrial beings much bigger than us? Kanishk, Year 9

I’m going to interpret your question in a slightly different way.

Let’s assume these extraterrestrial beings have a computer on which our universe is being “simulated”. Simulated worlds are pretend worlds – a bit like the worlds on Minecraft or Fortnite, which are both simulations created by us.

If we think about it like this, it also helps to suppose these “beings” are similar to us. They’d have to at least understand us to be able to simulate us.

By narrowing the question down, we’re now asking: is it possible we’re living in a computer simulation run by beings like us? University of Oxford professor Nick Bostrom has thought a lot about this exact question. And he argues the answer is “yes”.

Not only does Bostrom think it’s possible, he thinks there’s a decent probability it’s true. Bostrom’s theory is known as the Simulation Hypothesis.

A simulated world that feels real

I want you to imagine there are many civilisations like ours dotted all around the universe. Also imagine many of these civilisations have developed advanced technology that lets them create computer simulations of a time in their own past (a time before they developed the technology). 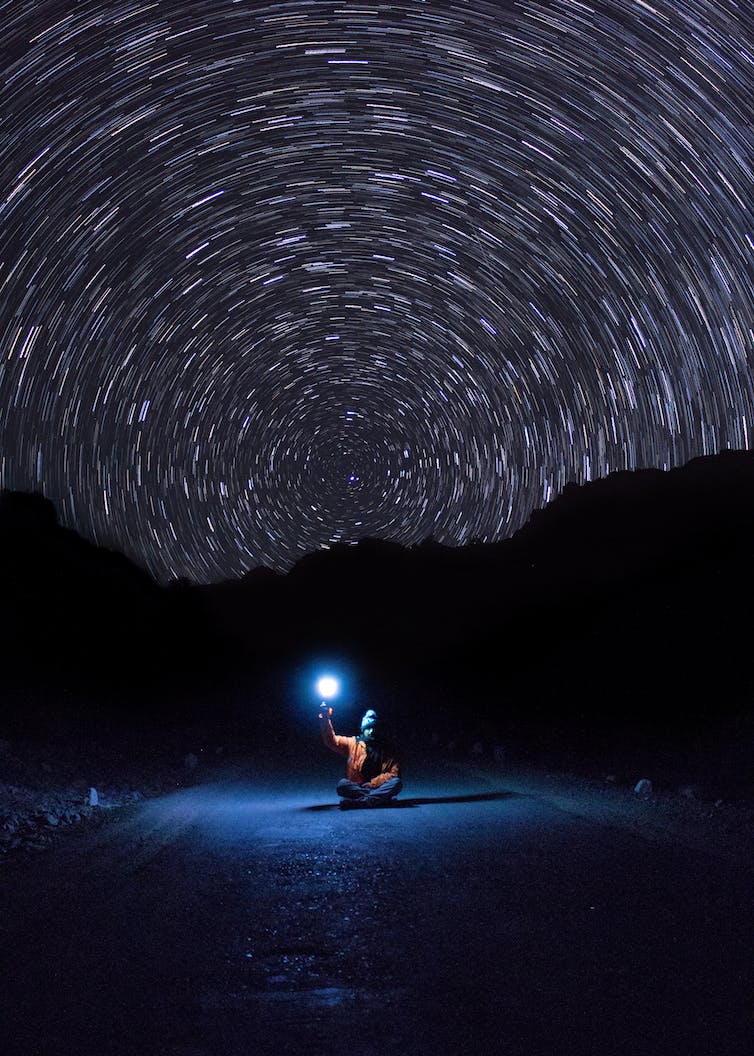 Do you think our whole world could be created by someone using more advanced technology than we have today? Yash Raut/Unsplash

The people in these simulations are just like us. They are conscious (aware) beings who can touch, taste, move, smell and feel happiness and sadness. However, they have no way of proving they’re in a simulation and no way to “break out”.

According to Bostrom, if these simulated people (who are so much like us) don’t realise they’re in a simulation, then it’s possible you and I are too.

Suppose I guess we’re not in a simulation and you guess we are. Who guessed best?

Let’s say there is just one “real” past. But these futuristic beings are also running many simulations of the past — different versions they made up.

They could be running any number of simulations (it doesn’t change the point Bostrom is trying to make) — but let’s go with 200,000. Our guessing-game then is a bit like rolling a die with 200,000 sides.

When I guess we are not simulated, I’m betting the die will be a specific number (let’s make it 2), because there can only be one possible reality in which we’re not simulated.

This means in every other scenario we are simulated, which is what you guessed. That’s like betting the die will roll anything other than 2. So your bet is a far better one. 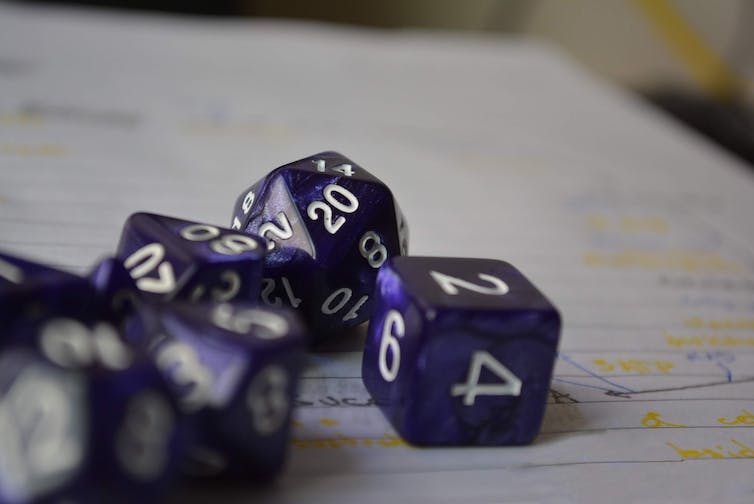 Simulated or not simulated, would you bet on it? Ian Gonzalez/Unsplash

Does that mean we’re simulated? Not quite.

The odds are only against my guess if we assuming these beings exist and are running simulations.

But, how likely is it there are beings so advanced they can run simulations with people who are “conscious” like us in the first place? Suppose this is very unlikely. Then it would also be unlikely our world is simulated.

Second, how likely is it such beings would run simulations even if they could? Maybe they have no interest in doing this. This, too, would mean it’s unlikely we are simulated.

Laying out all our options

Before us, then, are three possibilities:

But are these really the only options available? The answer seems to be “yes”.

You might disagree by bringing up one of several theories suggesting our universe is not a simulation. For example, what if we’re all here because of the Big Bang (as science suggests), rather than by a simulation?

That’s a good point, but it actually fits within the Simulation Hypothesis, under option 1 — in which we’re not simulated. It doesn’t go against it. This is why the theory leaves us with only three options, one of which then must be true.

So which is it? Sadly, we don’t have enough evidence to help us decide.

The principle of indifference

When we’re faced with a set of options and there is not enough evidence to believe one over the others, we should give an equal “credence” to each option. Generally speaking, credence is how likely you believe something to be true based on the evidence available.

Giving equal credence in cases such as the Simulation Hypothesis is an example of what philosophers call the “principle of indifference”.

Suppose you place a cookie on your desk and leave the room. When you come back, it’s gone. In the room with you were three people, all of which are strangers to you.

You have to start by piecing together what you know. You know someone in the room took the cookie. If you knew person A had been caught stealing cookies in the past, you could guess it was probably them. But on this occasion, you don’t know anything about these people.

Would it be fair to accuse anyone in particular? No.

And so it is with the simulation argument. We don’t have enough information to help us select between the three options.

What we do know is if option 1 is true, then we’re very likely to be in a simulation. In options 2 and 3, we’re not. Thus, Bostrom’s argument seems to imply our credence of being simulated is roughly 1 in 3.

To put this into perspective, your credence in getting “heads” when you flip a coin should be 1 in 2. And your credence in winning the largest lottery in the world should be around 1 in 300,000,000 (if you believe it isn’t rigged).

If that makes you a little nervous, it’s worth remembering we might make discoveries in the future that could change our credences. What that information might be and how we might discover it, however, remains unknown.