Of all the words written about Rupert Murdoch, “boring” is not one of them. The media mogul has been the object of fascination for six decades, after he followed his father Sir Keith in to the newspaper business.

Family dynasties in newspapers are not new – there were the Harmsworths in the UK; the Hearsts, Grahams and Sulzbergers in the USA; and the Packers and Fairfaxes as well as the Murdochs in Australia.

But Murdoch has exercised a particular fascination: the almost irresistible core of a family with the gloss of celebrity, the heavy aroma of money and the unmistakable aura of power.

No wonder directors, screenwriters and producers continue to find inspiration in the Murdoch family.

The dynastic shenanigans of the Royal Family have generated volumes of stories, films and television. And, let’s face it, The Godfather is really a family story, even if it’s about a family that lies, extorts and murders.

But what makes the Murdoch story such a compelling template for television drama is the place the media – and in particular the Murdoch media – holds in our society. The media occupies one of the most contested roles in our democracies, and Murdoch has become a lightning rod for fierce opinions.

Read more: How can we restore trust in media? Fewer biases and conflicts of interest, a new study shows

Adding extra bite is the family jostling for their father’s benediction to inherit the company carrying their DNA. This becomes more urgent as the patriarch ages and the offspring start to give their ambition free rein.

It isn’t surprising screenwriters see the attraction of such grand themes.

Most recently on the small screen, we’ve seen the miniseries MotherFatherSon (2019) with Richard Gere as an American owner of a British newspaper with the full set of dysfunctional family relationships. Gere laments his son lacks ruthless drive, and tragedy follows when the son’s drug habit spirals out of control.

Then there’s Succession (2018–), which, by the potent assembling of family ambition around patriarch Logan Roy’s US media business, comes closest to mirroring what we think we know about the Murdoch family’s internal dynamics.

Roy is from Dundee in Scotland: the classic outsider, an inescapable parallel with Murdoch’s Australian roots. He has carved out a controversial place for himself in the US media but his real skill seems to be setting his deeply flawed children against each other for the right to run the company.

Dramas surrounding the Murdoch family follow the natural arc of so many compelling stories: how great wealth is built up over generations, how power steadily grows and demands to be recognised and rewarded.

The past two decades have seen some of Murdoch’s British newspapers implicated in a phone hacking scandal, a string of sexual harassment cases at his Fox US cable TV network (made in to their own screen drama in 2019’s Bombshell), and this year, the decision by son James to resign from the News Corp board because of “disagreements” on editorial content and strategic decisions. 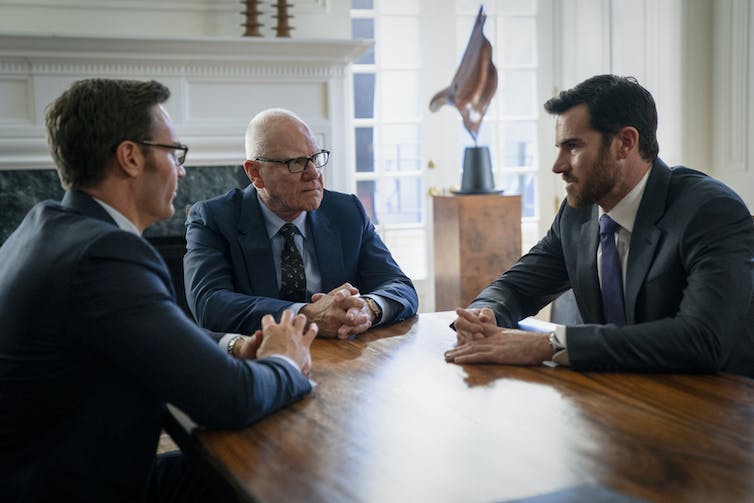 The appeal of this family saga shouldn’t surprise us.

The commercial decline of mainstream media, the fragmenting of audiences, the rise of social media, the erosion of trust in established news brands and the polarisation of debate are all bound up with the Murdoch business and the family story.

Murdoch has been a proponent, instigator and beneficiary of these seismic changes, while also being increasingly commercially diminished by those forces. As such, the Murdoch family story is a powerful testimony of our times. 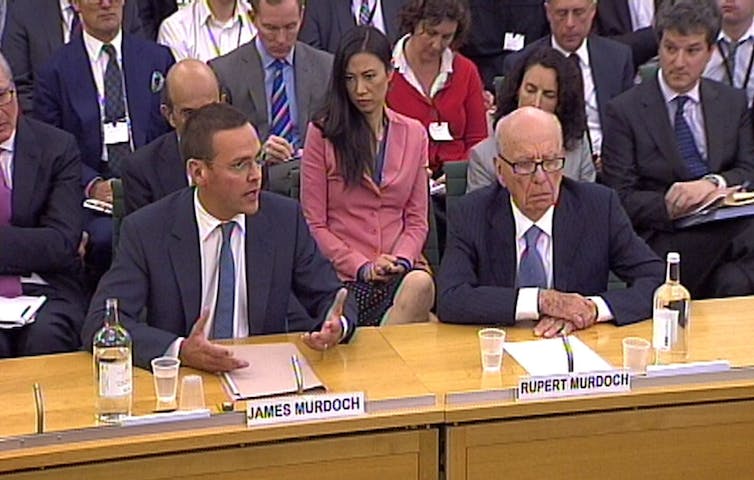 There is one other irresistible ingredient in the mix: the search for a sense of family to normalise the rich and powerful.

In 1988, with circulation dropping and costs rising at afternoon broadsheet The Melbourne Herald, journalists became worried Murdoch would close the paper. The other staff and I naively reassured ourselves he wouldn’t do such a thing to the paper his father made great while his mother, Dame Elisabeth, was still alive.

In 1990, The Herald was merged with the successful morning tabloid The Sun to become The Herald Sun. The old Herald’s identity slipped away — unlike Elisabeth, who remained robust and engaged with a range of notable philanthropic causes for another two decades.

This decision proved Murdoch is a pragmatist and a businessman who puts commercial interests first. There is no room for family sentiment.

Read more: Murdoch and his influence on Australian political life

“Rupert Murdoch has fuck all to do with it,” Brian Cox said after he accepted a Golden Globe for his portrayal of Roy. But whatever Cox might say, Murdoch’s call on The Herald sounds suspiciously like Logan Roy. 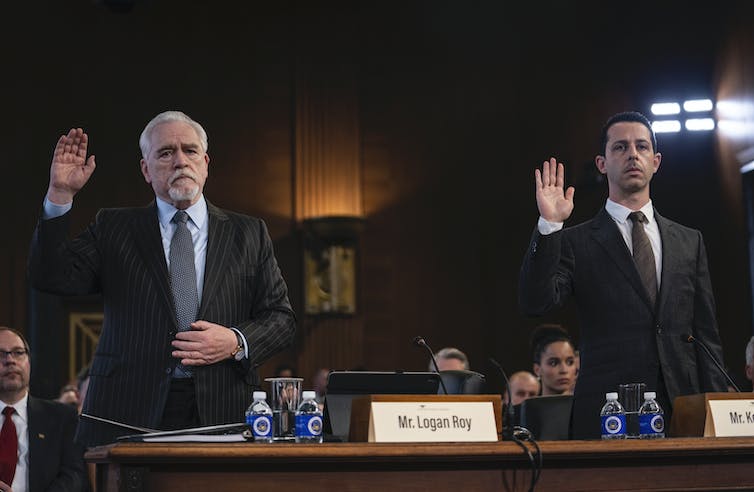 Brian Cox says Murdoch has nothing to do with Succession, but some similarities are uncanny. Zach Dilgard/HBO

In fiction and in reality, villains are usually far more interesting than the virtuous. When it comes to modern villains, few have been demonised more than Murdoch.

For those who prefer their picture of a media mogul to be captured in reality, the latest telling is a documentary series, The Rise of the Murdoch Dynasty, now on the ABC.

But if you watched Succession, you’ll already know the plot.