The old maxim that truth is the first casualty of war has been borne out by the damning Report of the Government Inquiry into Operation Burnham.

It is almost ten years ago to the day that the fateful military operation took place in Afghanistan in 2010, and over three years since the book Hit & Run alleged there were civilian casualties, torture of detainees and a subsequent cover-up.

The result for the New Zealand Defence Force (NZDF) is humiliating and will almost inevitably mean it is stripped of the relative autonomy it has enjoyed to this point.

The military betrayed the public trust

While not all of the assertions in Hit & Run were upheld, its main themes certainly have been. The Zealand Defence Force (NZDF) has proved itself untrustworthy in three crucial ways:

These were not small oversights. Rather, the evidence suggests systematic failures in key areas, including inaccurate and disingenuous communication with the minister of defence.

Read more: It's time for Australia's SAS to stop its culture of cover-up and take accountability for possible war crimes

That is a disaster. Despite the NZDF’s recent success in Iraq in sustaining no casualties while part of the bulkhead that defeated ISIS, it has now bombed its own position as the trusted military arm of the state. 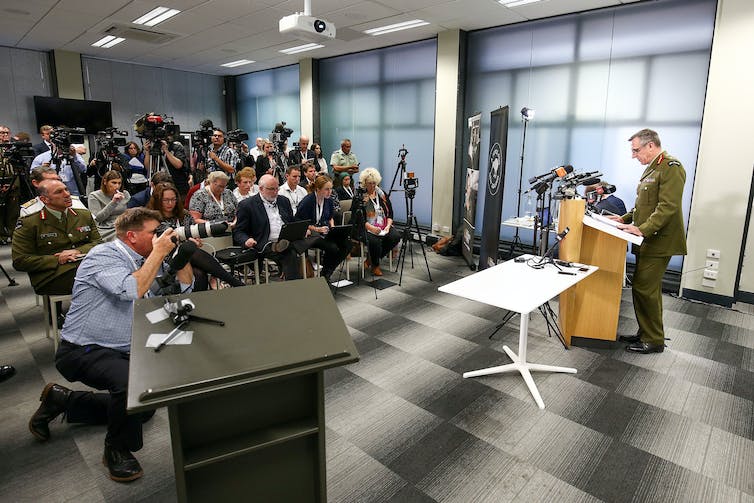 The NZDF’s Lieutenant General Tim Keating addresses the media in 2017 to deny allegations made in the book Hit and Run. GettyImages

The military damaged its own reputation

Deception by any military in a democracy is dangerous. Furthermore, the actions of a few have caused untold damage to a reputation for integrity and honour proudly created over generations.

There is also a strong element of stupidity involved. The NZDF did not need to be deceptive about one of the central claims against it: that its forces were engaged in acts of retaliation, untethered by the laws of war.

That assertion was not upheld. The inquiry found the conduct of the soldiers involved in Operation Burnham was professional, not motivated by a desire for revenge, and pre-operation intelligence (that there were armed insurgents in the villages) was correct.

Although there were serious questions about decisions made during the operation, the bottom line is that all of the actions complied with the applicable rules of engagement. Many will find the result of these actions harsh (as war is), but the actions were not unjustifiable, nor unduly reckless, negligent or indiscriminate.

The torture findings are damning

Where the NZDF may have wanted to hide the truth was over allegations of torture. Although our soldiers may not have tortured prisoners themselves, they did hand some over to forces who did. This was clear in the case of one man, Qari Miraj, and possibly other instances involving hundreds more. 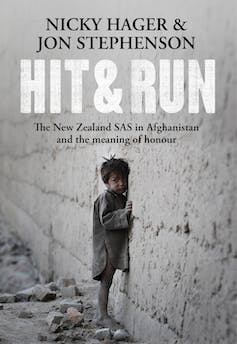 The book that caused the inquiry. Potton & Burton

With each transfer, our authorities appear to have turned a blind eye or failed to meet the standards expected of them when they knew (or should have known) there was a real risk of torture.

Even when the NZDF knew torture had occurred, senior leaders and ministers were not briefed. Nor were any further steps taken to investigate, to state New Zealand’s position on torture, or to review its policy on detention.

This is a terrible finding. Any possible complicity in situations involving torture is abhorrent. If it is correct, apologies and compensation for the victims or their families should be offered.

The NZDF cannot police itself

Three of the inquiry’s four recommendations are the predictable slaps on the wrist we expect from official forums such as this: internal changes to ensure the NZDF comes up to international best practice for administration and record keeping; clear orders established for dealing with allegations of civilian casualties; and improved detention policies and procedures.

Read more: When great powers fail, New Zealand and other small states must organise to protect their interests

The other recommendation, however, is the most critical. It calls for the establishment by law of an independent inspector-general to oversee the NZDF. Such positions are created, as happened with both the police and the security intelligence agencies, when an organisation has proved unfit to govern itself.

The government has promised to implement the recommendations if it is re-elected, but it should be a priority for whichever party or parties win power. Only then can progress be said to have happened.

And let’s not forget, this would not have happened by itself. It took the brave investigative journalism of Nicky Hager and Jon Stephenson, a government willing to critically examine the charges against its own defence force, and finally an excellent enquiry by Sir Terence Arnold and Sir Geoffrey Palmer.

We should hope that when these law changes are made the country will regain its confidence and pride in the NZDF. Never again should truth be the first casualty.