From midnight Wednesday, all of Metropolitan Melbourne and Mitchell Shire will return to Stage 3 lockdown for six weeks. There are only four reasons for residents to leave their homes: shopping for essentials, care-giving, exercise, and work and study if it can’t be done from home.

But it should have happened weeks ago.

It’s now time to consider measures aimed at stemming the spread among families, by admitting infected people to hospitals or other health facilities.

Read more: Metropolitan Melbourne and Mitchell Shire return to lockdown: this is just how vigilant we have to be until a COVID-19 vaccine is found

Victoria was a slowly boiling frog

The problem with watching daily numbers is small numbers do not show a clear pattern until it’s too late. To choose a larger period to observe a pattern, epidemiologists usually use the length of time an average person takes to become infected (the incubation period). If you use 14 days (roughly twice the incubation period) this approach is a classic epidemiological method to tell if an outbreak is getting out of control.

Using this method, the two weeks up to June 18 suggested the spread was becoming out of control. From June 5 to June 18 the total number of cases was 102. Then the subsequent 14-day periods doubled to 224 cases and doubled again to 441 cases.

As these numbers show, controlling the outbreak becomes extremely difficult once this number hits 100.

The cumulative number of cases from the last 14 days in Victoria is now 1,048. This is similar to the numbers seen Australia-wide in late March, near the peak of Australia’s pandemic so far.

Victoria will likely see even greater increases in the next few days, especially as people who don’t realise they’re infected spread the virus further.

Ultimately, governments around the world face the tough choice of being proactive or reactive during the pandemic. Being proactive to small spikes might be perceived as being heavy-handed, especially economically. Victoria, so far, has been more reactive than proactive — but the time has come to consider different approaches.

We know many people pick up the virus in their own homes from another family member, even if the infected individual isolates in one room. This is partially because indoor environments often have crowding and poor ventilation. It’s also quite difficult to practice good sanitation, cleaning high-touch surfaces properly with detergent or bleach.

The best option is to relocate an infected family member to reduce the risk of spread to the rest of the family. An option is to relocate them to hospitals or other suitable purpose-built health facilities. Victoria’s numbers will get worse unless infected individuals are relocated. This is a particular risk for crowded high-rise housing.

Victorians should also be wearing masks in all public places. Recent evidence suggests wearing masks reduces the risk of catching and spreading the virus. The World Health Organisation released updated guidelines on June 5 acknowledging masks can reduce transmission when physical distancing can’t be maintained or in places of high prevalence. Metropolitan Melbourne is now a place of high prevalence.

Read more: Victorians, and anyone else at risk, should now be wearing face masks. Here's how to make one

Ring-fencing is an effective control method when the pattern of infection is not the same across regions. Recently, China lifted lockdown of Wuhan and then ring-fenced hotspots to effectively repress a spike in case numbers.

As of July 1, hotspots in Melbourne were ring-fenced, which gave other regions with very low or zero cases a reprieve from unnecessary restrictions.

But we’ve since seen cases leaking out of these hotspots and rising rates of community transmission. This forced the government to apply a wider lockdown. 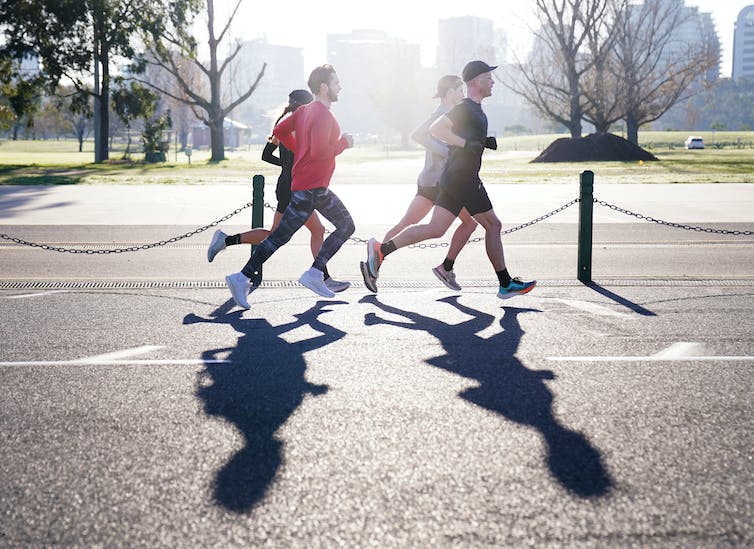 The first round of restrictions was lifted in May, but warning signs may have been missed since then. Michael Dodge/AAP Image

Further, ring-fencing is an effective control method when people’s needs — food, heating and internet access — are well looked after. If we get that wrong, we lose people’s collective good will and cooperation. The “hard lockdown” of public housing towers in Melbourne’s north and northwest hasn’t been done in a compassionate manner that meets people’s immediate needs, which erodes trust in the process.

It also lacks epidemiological sense. Forcing people into even closer quarters creates a pressure cooker environment where family outbreaks are even more likely.

A pandemic is a long term project, so it’s essential trust is built and maintained over time. Building trust is an investment in resilience that enables our community to continue to respond well during this extended outbreak.

Read more: Metropolitan Melbourne and Mitchell Shire return to lockdown: this is just how vigilant we have to be until a COVID-19 vaccine is found

All is not lost. To prevent the virus spreading further all Melburnians should wear a mask when in public places.

It’s widely hoped the lockdown will help to reduce case numbers but this must be done with compassion and ethics.

Victoria’s experience should be a lesson to governments everywhere that it’s crucial to act quickly and early when flareups occur. Don’t wait until the moment of crisis arrives.

It’s also time for the Victorian government to closely consider how to reduce transmission among families, and part of that may be housing infected people outside the home until they are well again.