Beijing’s recent announcement it would authorise the Standing Committee of the National People’s Congress – China’s rubber-stamp parliament – to draft a national security law for Hong Kong caught most off guard.

The move sparked renewed protests over the weekend, caused a landslide on the local stock market and elicited the expected global outrage.

Beijing’s decision to bypass the Hong Kong’s legislature and directly impose a national security law is widely seen as a violation of the joint treaty signed between China and the UK when Hong Kong was handed over in 1997.

Read more: 'We fear Hong Kong will become just another Chinese city': an interview with Martin Lee, grandfather of democracy

It could jeopardise the rule of law and civil liberties currently enjoyed in the city, and ultimately, be the death knell for the “one country, two systems” framework that Beijing has touted to integrate Hong Kong into the mainland and compel Taiwan to move towards unification.

Now that Beijing has made its play, it’s up to the US and its allies to decide how to respond. And the situation could have more serious geopolitical consequences if neither side backs down.

What would the draft national security law do?

The Basic Law, Hong Kong’s mini-constitution that came into effect in 1997, calls for the local government to enact a national security law. But legislation to do this has been suspended since 2003 when a half million people took to the streets in protest.

The law, if formally adopted this week, would prohibit treason, secession, sedition, subversion and the theft of state secrets. And it would legitimise the presence of China’s state security apparatus in the city.

The timing of the move by the Chinese government appears to be opportunistic. It comes as the year-long pro-democracy protests in Hong Kong have waned due to the COVID-19 pandemic. Western countries, the traditional supporters of Hong Kong’s push for freedom, have been distracted by their own responses to the pandemic.

For Beijing, the move kills two birds with one stone. In the short term, it should help quell – through intimidation – the civil unrest that has been raging in the city for over a year.

More profoundly, in the longer term, it could be the decisive blow for rule of law in Hong Kong – and the city’s autonomy. 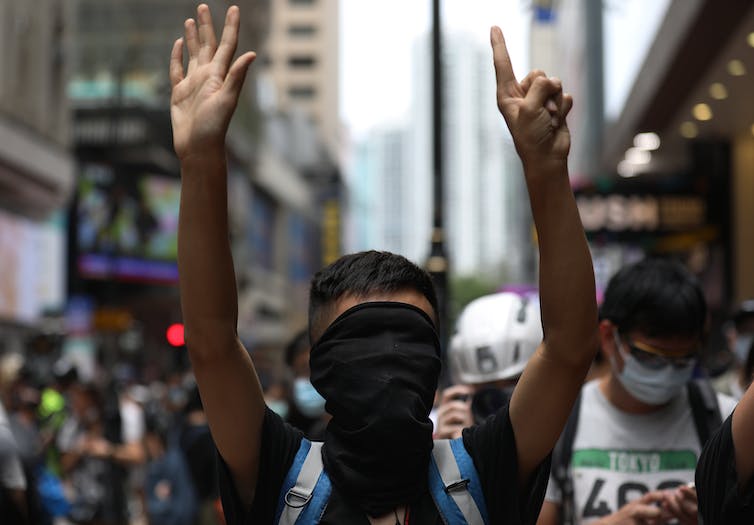 The costs for China could be massive

What should be noted here is the significance of Beijing’s top-down, unilateral approach. This is, indeed, an audacious move considering the potential costs down the road.

The announcement will certainly fuel a new wave of protests in Hong Kong, this time with much higher stakes. Though some in the pro-democracy movement have expressed feelings of hopelessness recently, thousands still took to the streets on Sunday, leading to clashes with police.

China risks a severe backlash in the international arena. The UK, Canada and Australia have issued a joint statement saying they were “deeply concerned” about the proposed legislation.

The United States has reacted more forcefully by “condemning” the move and urging “Beijing to reconsider its disastrous proposal”. President Donald Trump has threatened to respond “very strongly” if Beijing follows through with the new law.

One option for the US is to invoke the Hong Kong Human Rights and Democracy Act, which was passed by Congress last year amid the continuing Hong Kong protests.

This, however, would represent the “nuclear option” for the US. Under the act, the US could revoke Hong Kong’s preferential trading status if the city’s autonomous status within China is compromised. This means the same tariffs and export controls the US now imposes on China would extend to Hong Kong, putting at risk some US$67 billion in annual trade.

There is growing support in the US to apply sanctions to mainland Chinese officials behind the proposed security law.

The aim of this kind of response would be to hurt China by hurting Hong Kong. This comes at a time when Beijing needs Hong Kong, an international finance hub, to attract foreign investment as it deals with the ongoing trade war with the US and its post-pandemic economic recovery.

Beijing’s credibility could be severely damaged if it fails to honour its treaty obligations with regards to Hong Kong. This runs contrary to the image Beijing has been painstakingly building in recent years of a responsible great power and an emerging leader of the world.

Given the potential costs, it is all the more extraordinary that Beijing is taking this approach. What, then, could have driven such a move? 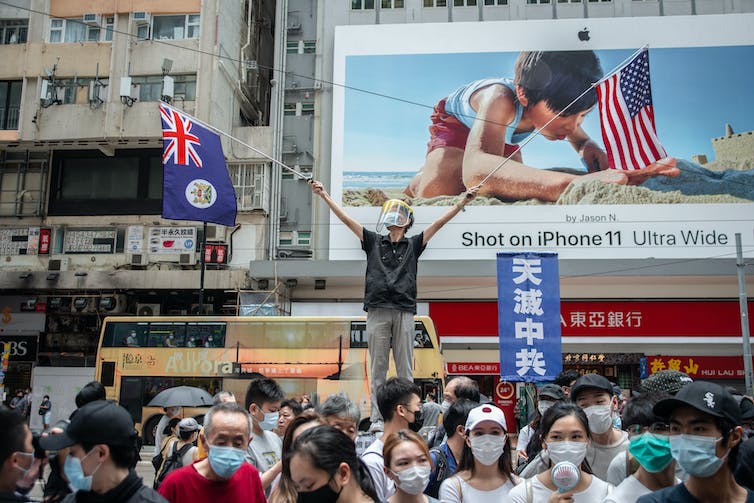 For Beijing, this is a public acknowledgement of its inability to resolve the political unrest in Hong Kong without resorting to violence, and that the ongoing protests could ultimately undermine its own national security.

It is a sign that Beijing has lost patience with the “one country, two systems” approach to slowly incorporate Hong Kong into the fold and provide a road map for Taiwan’s eventual unification with the mainland.

As Taiwan has drifted further away from Beijing’s overtures in recent years, the Chinese government has felt less obliged to keep up the “one-country, two systems” window dressing in Hong Kong.

The strategy is no longer to win hearts and minds, but to impose fear.

Beijing is counting on Washington and its allies to come to the realisation that hurting Hong Kong would not be in their own economic interests and eventually back away from their threats to take action.

If anything, this is a dual crisis in the making. It is a constitutional crisis for Hong Kong that could irrevocably redefine the nature of its autonomy and rule of law in the city moving forward.

It also has the potential to become a diplomatic crisis. There’s a chance Beijing may have miscalculated the situation and the US and its allies will retaliate with economic or other punishments.

The Chinese leadership is unlikely to back down and be seen as giving in to external pressures.

This puts China even more firmly on a collision course with the US and suggests the Chinese leadership is as determined as ever to fight a new cold war with its western adversaries.

And Hong Kong is in the middle, poised to become, as pro-democracy activist Joshua Wong, put it, “the new Berlin”.