The Southern Ocean circling Antarctica is one of Earth’s richest marine ecosystems. Its food webs support an abundance of life, from tiny micro-organisms to seals, penguins and several species of whales. But climate change is set to disrupt this delicate balance.

Antarctic krill – finger-sized, swarming crustaceans – might be small but they underpin the Southern Ocean’s food web. Our research published today suggests climate change will cause the ocean habitat supporting krill growth to move south. The habitat will also deteriorate in summer and autumn.

The ramifications will reverberate up the food chain, with implications for other Antarctic animals. This includes humpback whales that feed on krill at the end of their annual migration to the Southern Ocean. 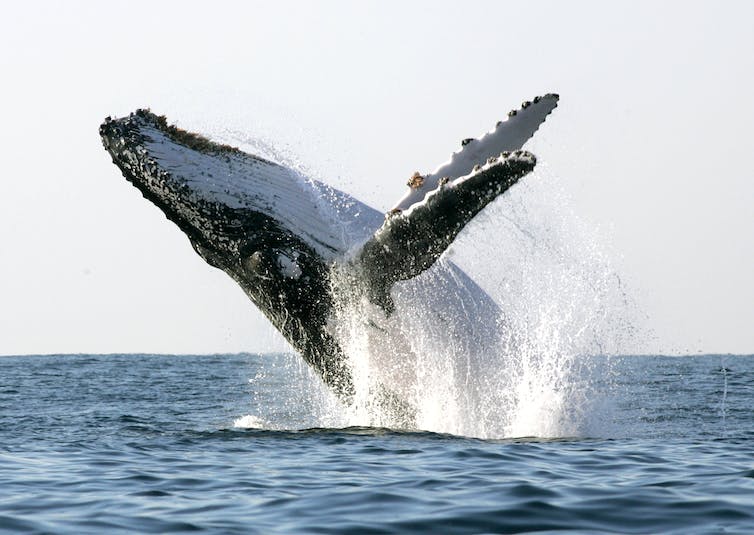 Changes in krill habitat could affect species up the food chain including the humpback whale. Mike Hutchings/AAP

Antarctic krill play a critical role in the ocean’s food webs. But their survival depends on a delicate balance of food and temperature. Scientists are concerned at how climate change may affect their population and the broader marine ecosystem.

We wanted to project how climate change will affect the Southern Ocean’s krill “growth habitat” – essentially, ocean areas where krill can thrive in high numbers.

Under a “business as usual” climate change scenario, future changes in ocean temperature and phytoplankton varied depending on the region and season.

In the mid-low latitudes, our projections showed temperatures warmed towards the limits krill can tolerate. For example, by 2100 the waters during summer around South Georgia island warmed by 1.8℃.

Warming water was often accompanied by decreases in phytoplankton; in the Bellingshausen Sea during summer a 1.7℃ rise halved the available phytoplankton.

However, phytoplankton increased closer to the continent in spring and summer – most dramatically by 175% in the Weddell Sea in spring. 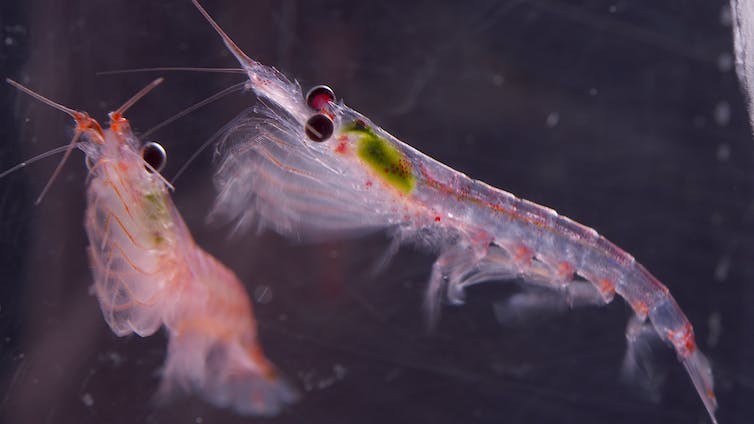 Across all seasons, krill growth habitat remained relatively stable for 85% of the Southern Ocean. But important regional changes still occurred.

Krill growth habitat shifted south as suitable ocean temperatures contracted towards the poles. Combined with changes in phytoplankton distribution, growth habitat improved in spring but deteriorated in summer and autumn.

Read more: How Antarctic krill fertilise the oceans and even store carbon – all with their poo

This early end to the growth season could have profound consequences for krill populations. The krill life cycle is synchronised with the Southern Ocean’s dramatic seasonal cycles. Typically this allows krill to both maximise growth and reproduction and store reserves to survive the winter.

A shift in habitat timing could create a mismatch between these two cycles.

For example, female krill need access to plentiful food during the summer in order to spawn. Since larger females produce exponentially more eggs, a decline in summer growth habitat could result in smaller females and far less spawning success. 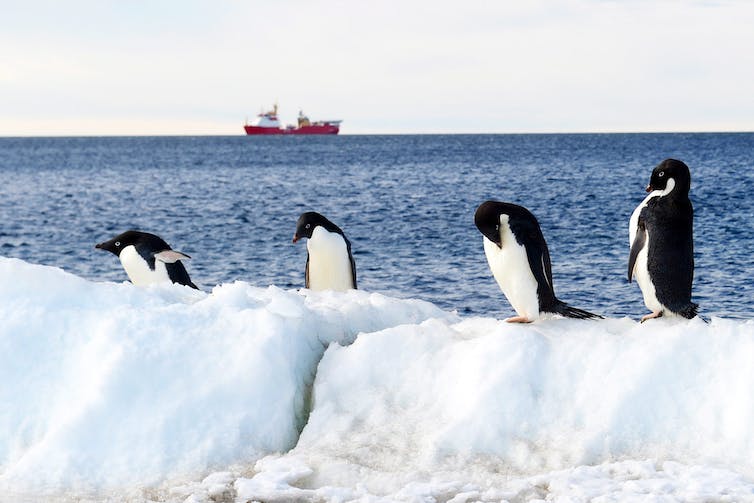 Krill’s significant role in the food chain means the impacts of these changes may play out through the entire ecosystem.

If krill shift south to follow their retreating habitat, less food would be available for predators on sub-Antarctic islands such as Antarctic fur seals, penguins and albatrosses for whom krill forms a significant portion of the diet.

In the past, years of low krill densities has coincided with declines in reproductive success for these species.

Shifts in krill habitat timing may also affect migratory predators. For example, each year humpback whales migrate from the tropics to the poles to feed on the huge amount of summer krill. If the krill peak occurs earlier in the season, the whales must adapt by arriving earlier, or be left hungry. 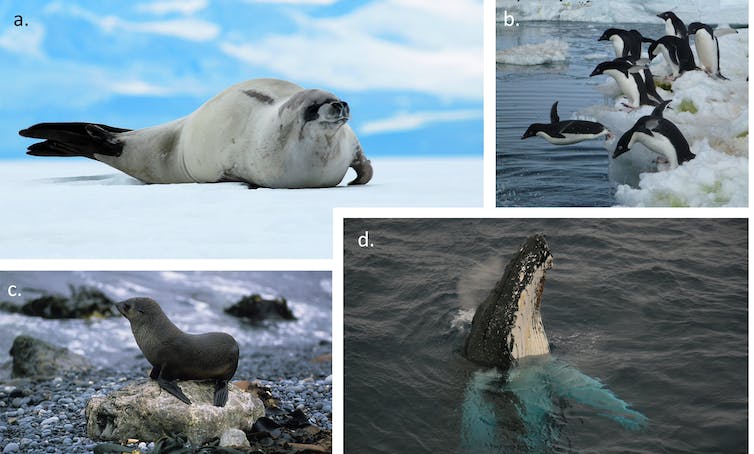 Changes to krill growth habitat may damage more than the ocean food web. Demand for krill oil in health supplements and aquaculture feed is on the rise, and krill are the target of the Southern Ocean’s largest fishery. Anticipating changes in krill availability is crucial to informing the fishery’s sustainable management.

Many environmental drivers interact to create good krill habitat. More research is required, including better models, and an improved understanding of what drives krill to reproduce and survive.

But by examining changes in phytoplankton, we’ve taken significant strides towards predicting climate change impacts on krill and the wider Antarctic marine ecosystem.