Following the emergence and rapid spread of COVID-19, several countries have succeeded in bringing local outbreaks under control. The most dramatic of these is China, where large scale restrictions on people’s movement appear to have halted domestic transmission.

However, COVID-19 is now widespread across the globe, and these countries remain at risk of a second wave of infections, sparked either by overseas arrivals or undetected pockets of infection.

As China has begun to lift travel restrictions, the world is watching to see whether they can avoid a second wave of outbreaks.

Read more: Why defeating coronavirus in one country isn't enough – there needs to be a coordinated global strategy

What causes a second wave of a disease outbreak?

Infectious diseases spread via contact between infectious and susceptible people. In the absence of any control measures, an outbreak will grow as long as the average number of people infected by each infectious person is greater than one.

If people who recover generate a protective immune response, the outbreak will leave a growing trail of immune people. Once enough people are immune, there are fewer susceptible people to become infected and the outbreak will die away. 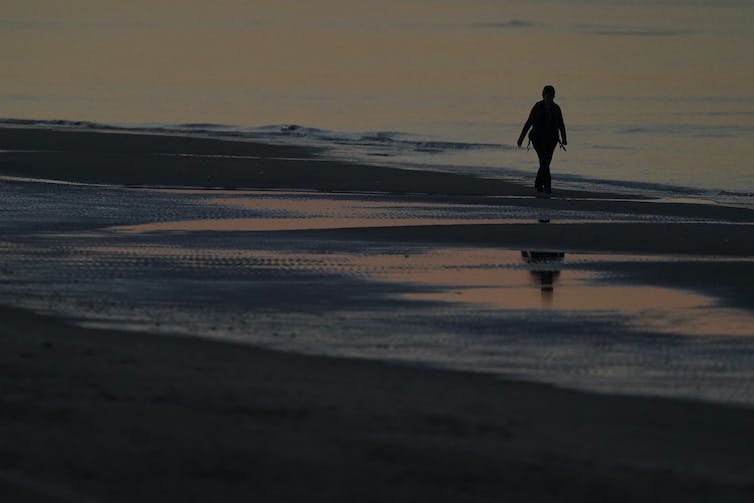 When an outbreak is brought under control by social distancing and other measures, it’s possible only a small proportion of the population will have been infected and gained immunity.

If a population has not achieved herd immunity, enough susceptible people may remain to fuel a second wave if controls are relaxed and infection is reintroduced.

Will we see a second wave in China?

Despite the scale of the outbreak in Hubei and other Chinese provinces, it’s likely most residents remain susceptible to infection.

Even for those people previously infected, immunity to COVID-19 is an open question. Reinfection appears uncommon, and a study in rhesus macaques suggests a protective immune response does occur. But we need more data to understand if this is common in humans, and how long immunity might last.

The strong social distancing measures used to control COVID-19 in China have a human cost, and cannot be maintained indefinitely.

As China winds back social distancing measures, new infected cases could, if not quickly detected and isolated, trigger a second wave of COVID-19.

A recent modelling study indicated a second peak of infection might arrive in Wuhan by mid-year if interventions were lifted too quickly.

During the 1918 influenza pandemic, it was the second wave that was the largest and most deadly. But that probably won’t happen today. As we learn more about COVID-19, we become better placed to control its transmission.

If a rapid increase in transmission is detected in China, it’s likely authorities would quickly reintroduce the restrictions that successfully contained the first wave.

Preventing a second wave of COVID-19

When the first wave of an outbreak is sufficiently large, then enough of the population could become immune that there are too few susceptible people remaining to fuel a second wave. But the potential human cost of an uncontrolled outbreak is immense and unacceptable.

Alternatively, a globally coordinated response that eradicated the virus could prevent a second wave, as was achieved for SARS in 2003. However, the milder nature of many infections, and the broad global spread of COVID-19 make it a much greater challenge to eradicate. 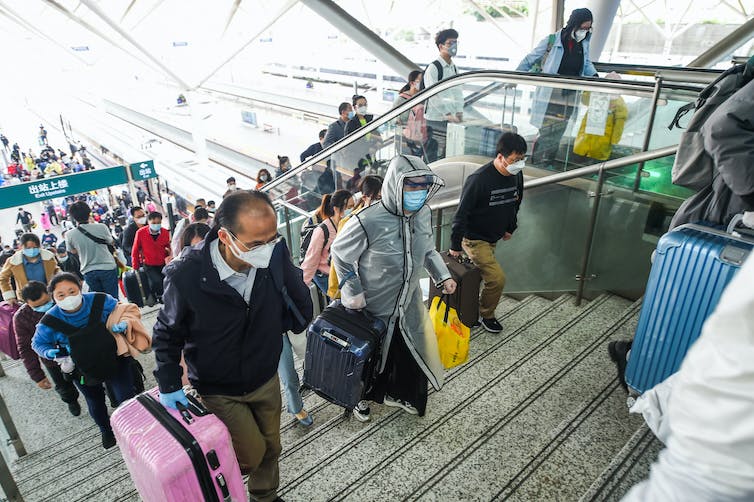 Another end point is the rapid development of a vaccine that could help achieve herd immunity without extensive infection.

In any event, after the first wave has passed, preventing a second wave will require ongoing surveillance and testing to detect and isolate any new cases as control measures are unwound.

Could we face a second wave in Australia?

We use mathematical models to explore the dynamic behaviour of infectious diseases. They can help explore how factors such as the strength and timing of control efforts might affect the likelihood and timing of a second wave.

However, models provide a simplified view of reality. One of the complexities they often (but not always) omit is human behaviour and how it might change in response to government and media communication, social and economic realities, and direct experience of COVID-19.

Australia’s current efforts are focused on “flattening the curve” of the first wave of COVID-19.

Border measures have greatly reduced the arrival of imported cases, and the coming weeks will reveal the extent to which social distancing measures have succeeded in slowing community transmission. The decline in numbers of new cases reported over recent days is promising.

But this is only the beginning. If social distancing measures are to be relaxed, ongoing vigilance will be needed to prevent a second wave.

And even if we avoid a second wave, the path to long-term control is not straightforward.

We’ll need a broad variety of expertise, including modelling, to help Australia navigate beyond the first wave of COVID-19.

Read more: Now we're in lockdown, how can we get out? 4 scenarios to prevent a second wave