Bushfires are predicted to be worse than normal across much of Australia this summer but research shows many people, especially those in high-risk areas, remain unprepared.

The latest Australian Seasonal Bushfire Outlook shows the 2019-20 fire season has the potential to be an active season across the country, following a very warm and dry start to the year.

The east coast of Queensland, New South Wales, Victoria and Tasmania, as well as parts of southern Western Australia and South Australia, face above-normal fire potential. It means communities in those areas, and across Australia, should start planning their emergency fire response.

The ingredients for a bad fire season

Above-normal bushfire potential refers to the ability of a large fire to take hold. It takes into account recent and predicted weather for a particular area, the dryness of the land and forests, and recent fire history.

The year to date has been unusually warm and dry for large parts of Australia. In fact it has been the fifth-driest start to the year on record, and the driest since 1970. Some areas, such as New South Wales into southeastern Queensland, are into their third year of dry conditions. 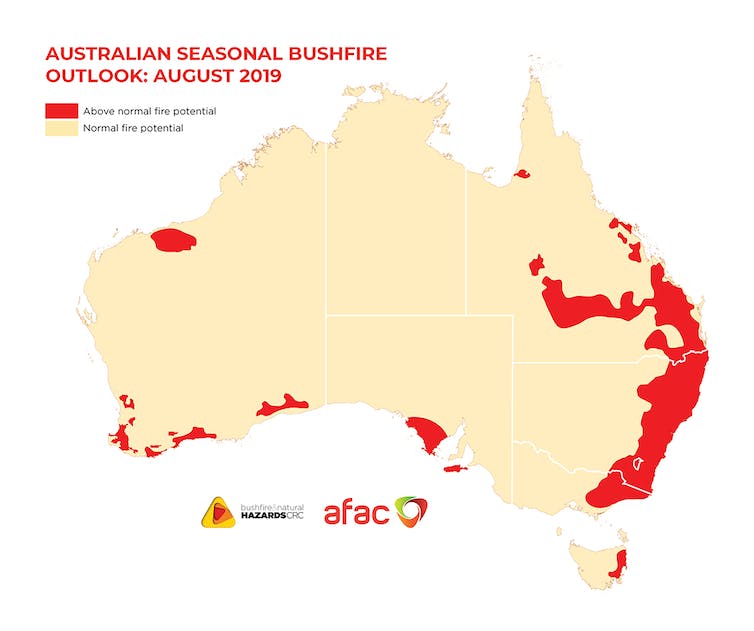 Vast areas of Australia, particularly the east coast, have an above-normal fire potential this season. BNHCRC

The warming trend means that above average temperatures now tend to occur in most years, and 2019 has followed this pattern. These high temperatures further dry the landscape and vegetation.

Read more: The summer bushfires you didn't hear about, and the invasive species fuelling them

An early start to the fire season has been declared in many areas across eastern Australia. The dry landscape means that any warm and windy conditions are likely to see elevated fire risk. However in some drought-affected areas, poor growth of grass and annual plants means that vegetation loads are reduced, which may lower the fire risk.

The climate outlook for the next few months is also a crucial factor. Of particular interest are the future tendencies of Pacific sea surface temperature associated with the El Niño-Southern Oscillation, as well as the Indian Ocean Dipole, major climate drivers over Australia.

Climate change doesn’t create bushfires, but can make them worse

Heat, drought, flood and fire are not new phenomena for Australia. What is different now is that there is an underlying 1℃ increase in average temperatures since industrial times began - the result of climate change - which means that the variability of normal events sits on top of that. So climate change alone doesn’t create a bad fire season, but can make the weather conditions conducive to very large and destructive fires. 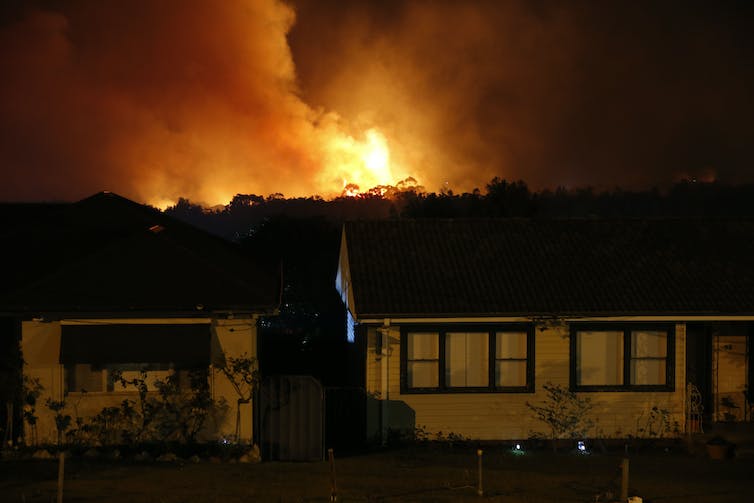 A bushfire threatened homes near Lake Macquarie in August this year. AAP/Darren Pateman

Weather records are routinely being broken and all indications are that temperatures will continue to increase.

We cannot be sure what this means for extreme hazards like bushfire. This is an area in critical need of further research into weather prediction, land planning, infrastructure development, population trends and community awareness.

The distribution and readiness of firefighting resources are also considered when calculating fire potential.

In Victoria’s East Gippsland, for example, forests have been extremely dry for many years. If a fire were to start under bad conditions, there is a high likelihood it would grow too large for local resources, and they would need to call for extra support from elsewhere.

Fire seasons are lengthening and overlapping across states, and indeed across the globe. So we need to think of new ways of dealing with bushfires, floods, cyclones, and heatwaves. The old ways of sharing resources such as aerial firefighting equipment, and fire fighters between Australian states and other countries, may not always be possible. So we need to discover better ways to manage all our resources. 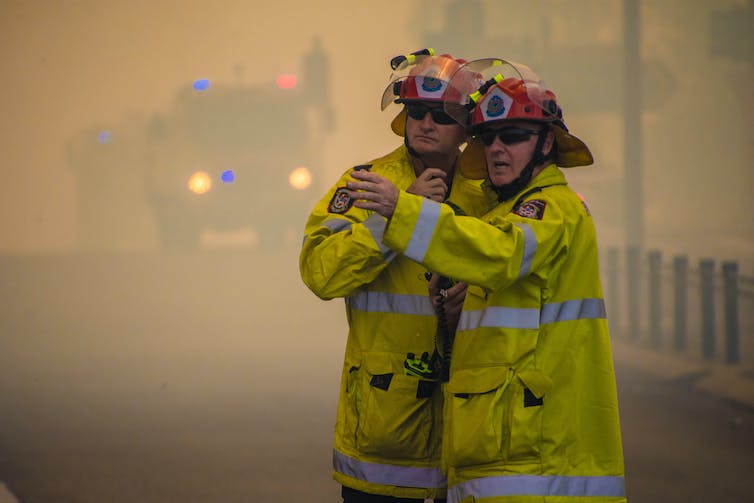 Overlapping fire seasons means the sharing of fire crews and equipment between states may not always be possible. AAP

Be prepared, and get your kids involved

Research has identified significant trends of vulnerability linked to demographic changes, such as a growing and ageing population. For example, the population of those aged over 85 is predicted to double in the next 25 years. The general population is also increasingly shifting into traditionally hazard-prone areas such as forested or coastal rural areas.

Our research is consistently showing that many Australians, especially those in high risk areas, are not sufficiently ready for fire and have not established fire plans well ahead of time. For example, people may underestimate the risks to life and property if the fire danger is not rated as “catastrophic”. The research showed many properties were under-insured and some people overestimated the response capacity of fire services. 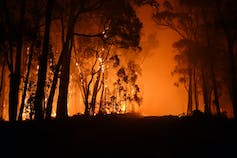 Experts say all Australians, not just those in high-risk areas, should prepare for the bushfire season. AAP

So, make sure you’ve got a plan, talk about it with your family and ensure you have back up plans B, C and D. Include your children in planning to help them prepare, and don’t forgot about your pets and animals too.

Backed by the research, emergency warnings to people under the threat of a fire have been transformed in recent years. But do not wait for a warning, as it might be too late. Everyone should be aware of their surroundings.

The latest outlook report is the work of the Bureau of Meteorology and fire and land management agencies around the country, brought together by the Bushfire and Natural Hazards Cooperative Research Centre.

For more information on how to prepare and be ready for the fire season, consult your local fire service website.