A new study that combines data from over 20 million births has found that a caesarean section delivery is associated with autism spectrum disorder (autism) and attention-deficit hyperactivity disorder (ADHD).

However, the study does not indicate that caesarean section deliveries cause autism or ADHD. The truth is much more difficult to decipher, and provides an excellent case study for the old adage that correlation doesn’t equal causation.

Read more: Clearing up confusion between correlation and causation

Remind me, what are these disorders?

Autism and ADHD are what we call neurodevelopmental disorders. This means they have clear differences in behavioural development, which we presume are due to brain differences.

In the case of autism, behavioural differences occur in the part of the brain primarily responsible for social and communication development. For ADHD, these differences affect the ability to control and direct attention.

The exact reasons why the brain develops differently are not entirely clear. Studies in twins, which are able to help us understand the role of genetic and environmental influences on a given trait, have shown that both autism and ADHD involve a large genetic component.

However, these studies have also indicated that environmental influences, such as bacterial or viral infections during pregnancy, may play a role in the development of these conditions, most likely through interactions with genetic make-up.

What did this study find?

The association between certain caesarean sections and autism has been known for close to two decades. Any possible link with ADHD has received comparatively less research, but there have still be numerous studies in this area.

Today’s study, published in the journal JAMA Network Open, combines all of the studies conducted previously into a single analysis. This “meta-analysis” then allows the researchers to come up with a single estimate of how strong the association between caesarean sections, autism and ADHD may be. 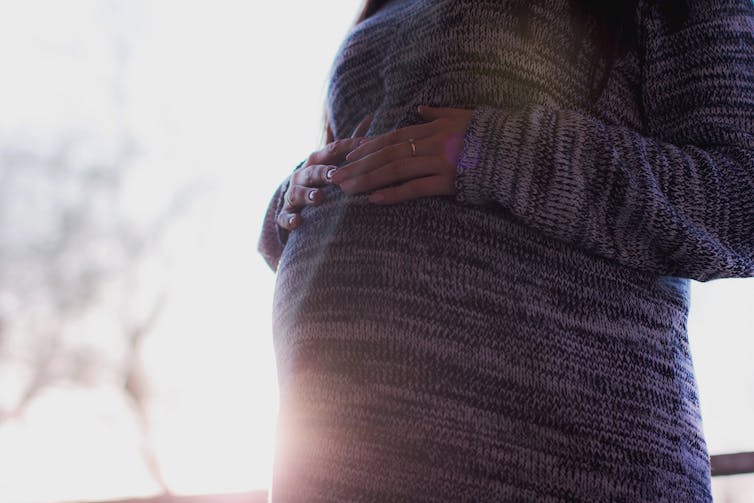 The researchers were looking for a pattern that warrants further investigation. freestocks.org

In this case, the meta-analysis included over 20 million people. It found children born via caesarean section had an increase in odds of being diagnosed with autism or ADHD in early childhood.

When the prevalence of these conditions is already relatively low (around 1% for autism, and 7% for ADHD), this increase in odds is not substantial. In the instance of autism, this is a shift in odds from a 1% prevalence to 1.33%. This shift is not consequential and certainly does not call for any change in our clinical practice.

Read more: What you need to know to understand risk estimates

This association was similar for children born by either elective or emergency caesarean section.

But what does it mean?

The temptation with findings like this is to draw a causal link between one factor (caesarean section) and the other (autism or ADHD). Unlike so many other areas of science, the conclusions are easily understood and the implications appear obvious.

But the simplicity is deceptive, and says more about our desire for simple answers than it does about the truth of the science.

The studies included in this meta-analysis used a branch of science called epidemiology, which is concerned with how often conditions and diseases occur in different groups of people and why, and how to prevent or manage them.

Read more: Epidemiology and the media

Epidemiological studies survey a large population and find a pattern of results that indicate a certain factor may be coinciding with a certain disease more often than we would expect by chance.

In this case, there is the observation that people with autism or ADHD are more likely to be born by caesarean section than we would otherwise typically expect.

But this kind of epidemiological study is unable determine if one factor (caesarean section) causes another (ADHD or autism).

There are two key reasons why.

First, we can’t rule out that a third factor may be influencing this association. We know, for example, that caesarean sections are more common for pregnant women who are obese and older, and who have a history of immune conditions such as asthma.

All of these factors have also been linked with an increased chance of having a child with autism, and it is entirely possible – and some would argue, probable – that it is more likely these factors underlie the relationship between caesarean section and neurodevelopmental disorders. 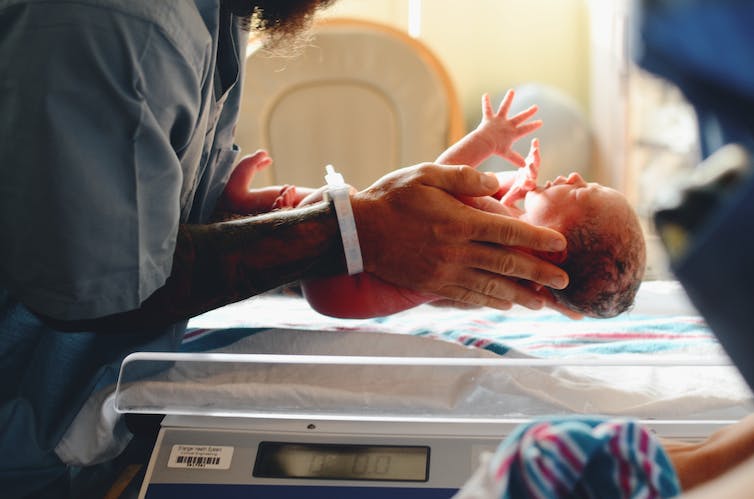 The link might be due to other factors such as the mother’s age or weight. Christian Bowen

The second reason is that these kind of epidemiological studies are unable to provide what scientists call “a mechanism” – that is, a biological explanation as to why this association may exist.

A mechanism study in this area may be to explore biological differences in newborns either born via vaginal or caesarean delivery, and understand how these differences may lead to atypical behavioural development.

Without a strong body of evidence from these kinds of studies, there is simply no scientific basis for concluding a causal link between caesarean section and neurodevelopmental disorders.

So what should we take away from this study?

The study provides a strong basis for concluding there is a statistical association between caesarean section delivery on one hand, and autism and ADHD on the other. But that’s about it.

Why this link exists remains unknown, but it is almost certain that a caesarean delivery alone does not contribute to the odds of a child developing autism or ADHD.

Instead, it is likely that other pregnancy factors play a role in this relationship, as well as genetic factors that may interact with the environmental influences during pregnancy to contribute to brain development.

Read more: ADHD prescriptions are going up, but that doesn't mean we're over-medicating