As most of the science community knows, the climate emergency is here now. Weather extremes such as droughts and heatwaves are increasing in frequency and intensity and are measurably exacerbated by climate change. The significant impacts of these extremes are well documented on both our native terrestrial and marine ecosystems.

Less documented is what’s happening beneath our feet. Changes below the ground are hard to measure, so most previous research has focused on what can be readily observed above the ground, such as tree deaths.

But soil is a crucial element of the climate system, being the second-largest store of carbon after the ocean. Climate change can result either in an increase in soil carbon storage (through plant growth), or in more carbon being released into the atmosphere (through plant death). Soil is also full of microbes such as fungi, bacteria and algae, and these organisms play a vital role in determining how well an ecosystem functions and how it responds to changes in climate.

Read more: Eyes down: how setting our sights on soil could help save the climate

We have completed one of the first studies to examine the impact of drought and warmer temperatures on living organisms below the ground (known as the soil biota), in biodiverse shrublands in Western Australia, near Eneabba, about 280km north of Perth. These areas are already suffering immense climate-related stress above ground as a result of rising temperatures and longer droughts. This is making these ecosystems extremely vulnerable with many plant species facing likely extinctions in the future.

We documented significant impacts for soil biota too, with implications for the health of ecosystems in regions that are expected to experience increased drought and climate warming in the future.

We found that lower rainfall and higher temperatures are likely to affect the overall composition of soil fungal communities, and that some groups may be lost altogether.

We saw an increase in the number of fungal species that cause plant disease, whereas many common and beneficial fungi declined in response to warming and drying. These beneficial fungi contribute to many important ecosystem processes, such as boosting plant growth, and ensuring that plants get enough water and nutrients such as phosphorus. 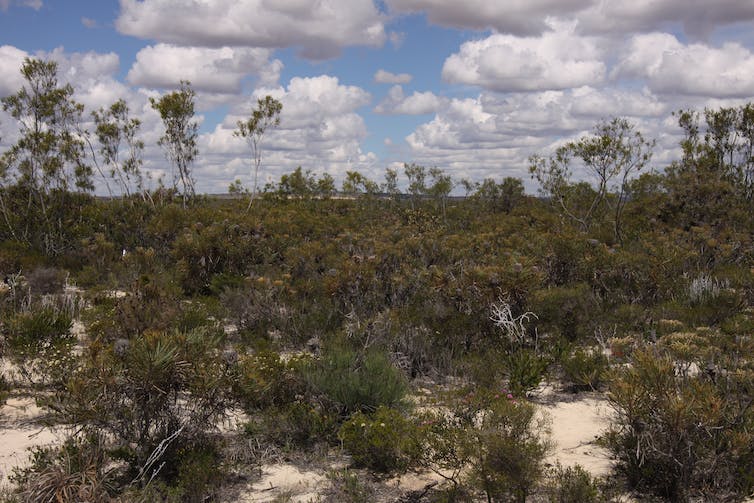 We built specially constructed shelters and mini-greenhouses over plots of shrubland 4x4m in size, to recreate the drier, hotter weather conditions predicted to arise between now and the end of the 21st century. This allowed us to assess how the projected future climate will affect the composition, richness and diversity of soil fungi.

Our rain shelters consisted of a roof made of gutters, widely spaced so as to intercept about 30% of the rain that fell on the plot and funnel it away.

Read more: We need more carbon in our soil to help Australian farmers through the drought

To study the impact of increased temperature, we enclosed separate plots on the same sites in walls made of transparent fibreglass sheeting. These worked in a similar way to a greenhouse, by reducing air flow and increasing daytime temperatures inside the shelter by 5.5℃.

We left the rain shelters and mini-greenhouses in place for four years. Then we collected soil from each plot and examined the fungi in the soil using DNA sequencing techniques. 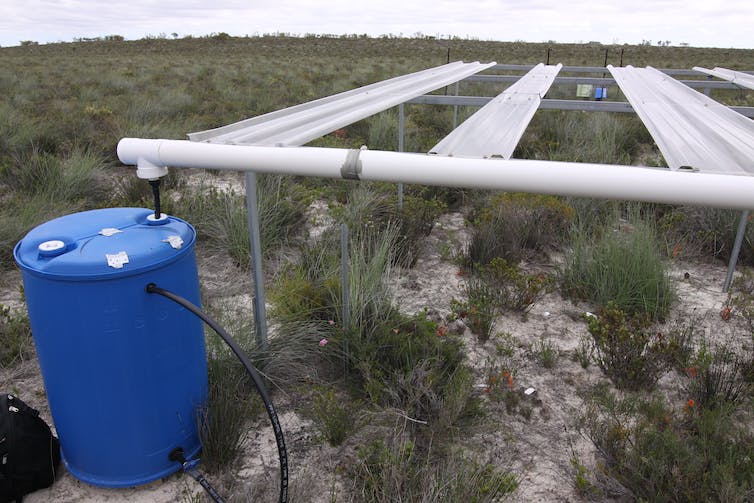 How to engineer an artificial drought. Joe Fontaine, Author provided

Our study revealed that it is vital to understand patterns of below-ground ecosystems as well as those we can see, if we are to accurately predict how our shrublands and other valuable ecosystems will be altered by climate change.