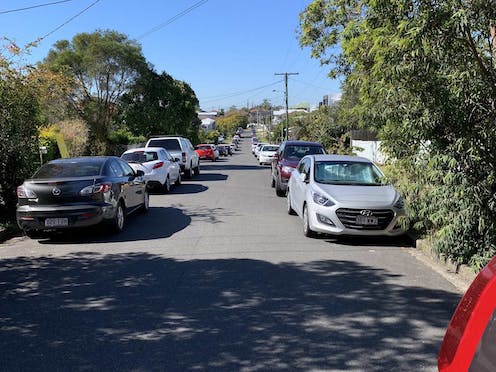 While car parking was a non-negotiable amenity for baby boomers, it is an eyesore to millennials and the up-and-coming iGen. Newer generations want more city and fewer cars. Globally, scrapping car...

While car parking was a non-negotiable amenity for baby boomers, it is an eyesore to millennials and the up-and-coming iGen. Newer generations want more city and fewer cars. Globally, scrapping car parking is the latest trend in urban planning.

Between 2010 and 2015, Philadelphia removed 3,000 off-street parking spaces from its city centre. Copenhagen is following the same path. Zurich has implemented a city-wide cap to llimit parking spaces to 1990s levels.

Amsterdam has announced it will remove parking spaces at a rate of 1,500 a year. The city’s 2025 goal is to eliminate more than 11,000 parking spaces from its streets to make space for cycling.

San Francisco and New York have adopted the concept of “parklets”. These are mini parks or outdoor café seating areas that temporarily replace a few parking spots during low-demand periods.

The theory is that as the amount of parking decreases, the appeal of driving gives way to more environmentally friendly transport modes such as walking, cycling, ride-hailing, car pooling and public transport.

Some evidence suggests reducing or capping parking pays off. In cities that have implemented these measures, driving has declined and public transport use has increased.

Among the largest Australian cities, Brisbane seems to be going backwards. The Courier Mail recently published a story stating that:

Suburban streets in two Brisbane suburbs have become all-day car parks as the new residents of apartments are forced to resort to on-street parking. 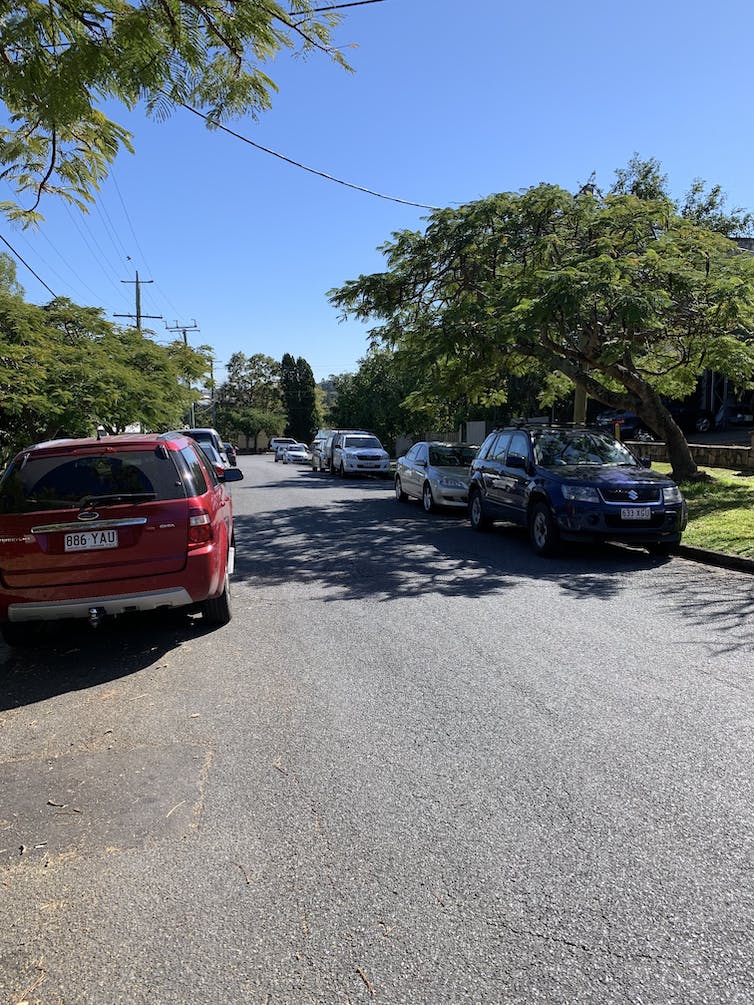 Some on-street parking in Brisbane suburbs is occupied much of the day. Neil Sipe, Author provided

In response to such sentiments, Brisbane City Council proposes to increase the number of parking spaces required for future apartment buildings across the middle and outer suburbs. Parking increases have been framed as adding to the quality of life and safety of Brisbane suburbs.

Unfortunately, Brisbane does not track the existing supply of residential parking. This lack of clarity has created an imbalance of parking supply and provides opportunities for a sharing economy of parking. Operators such as Parkhound and KERB enable residents to lease their unused parking while their neighbours exhaust the public supply of on-street parking.

Meanwhile, Sydney has officially declared a “climate emergency”, following the lead of global cities including New York, London (and then all of the UK), Auckland and Vancouver (followed by Canada). While applauded by environmentalists, this declaration does not come with a firm commitment to reduce driving or parking. 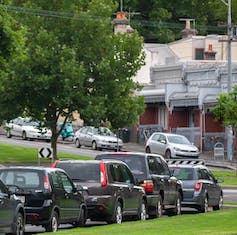 Many city residents believe they have a right to street parking outside their homes. Shuang Li/Shutterstock

Similarly, in Melbourne, outside the CBD – where there are plans to reduce parking – there is plenty of free, and largely unmanaged, on-street parking. Residents typically believe they are entitled to this parking space.

Clearly, Australian cities are stuck in the old-fashioned “predict and provide” model of parking supply. This model relies on the idea that there will always be enough parking if every site provides spaces for all residents, staff, customers and visitors during peak demand periods.

While this approach might have been suitable in the postwar period, it is unworkable for today’s growing, congested and warming cities. The challenge for planners is how to accommodate increasing numbers of urban residents within a reasonable distance from work and amenities. Cities are running out of space for cars – be they moving or parked.

Read more: Move away from a car-dominated city looks radical but it's a sensible plan for a liveable future

Is there a better way?

Certainly. Some cities have begun to set maximum parking standards. In other words, the cities put an upper limit on how many car parks can be provided for a given project. Sometimes these complement minimum parking requirements; in other cases the latter are eliminated.

Selling parking spaces separately from housing units, referred to as “unbundling”, is another policy that’s becoming popular. It ensures the true cost of car storage is transparent rather than hidden. And it means car-free or one-car households don’t have to pay for parking they don’t need.

Some developers are providing car-sharing spaces in new construction, instead of individual car parks.

Some employers offer a parking “cash out” option – employees receive a payment in lieu of a parking space. Those employers that continue to offer parking charge fees daily rather than monthly to avoid the “sunk cost fallacy” – having paid for parking, employees want to get their money’s worth.

Other useful (but hardly new) planning concepts include the “30-minute city” and “transit-oriented development”. These approaches help reduce the need for driving and parking by concentrating people and land uses around public transport stops and corridors.

Read more: 'The 30-minute city': how do we put the political rhetoric into practice?

People are often concerned that if parking is reduced or capped, this will create a parking shortage. This can be avoided if parking is treated as a key component of the urban transport system and managed in coordination with other elements.

Australian cities need to prepare comprehensive parking strategies at the metropolitan level. These strategies must be integrated with general transport and land use plans. Unfortunately, this is often difficult to achieve because state governments are typically responsible for planning and building the transport system while local governments are responsible for parking.

Read more: Cycling and walking are short-changed when it comes to transport funding in Australia

Finally, no parking should be free. Revenues from parking fees should be returned to local communities in the form of improved public amenities.

Authors: Neil Sipe, Professor of Urban and Regional Planning, The University of Queensland