These days all text is digital. From writing an email to publishing a new edition of War and Peace, text nearly always exists on a computer first. Yet there are writers who take full advantage of the computer’s possibilities, utilising new technologies to broach complex subject matter.

Electronic or digital literature does not refer to e-books, but to works that depend on electronic “code” to exist. Put simply, you can print an e-book, but you cannot print electronic literature.

Within the field there is emphasis on experimentation. Many works are the result of authors simply trying new things out and seeing what happens. Here, then, are ten significant works of electronic literature you should know about.

Read more: When books go digital: The Kills and the future of the novel

Alan Bigelow’s How to Rob a Bank reinvents Bonnie and Clyde for the digital age. It can be viewed on a smart phone or in-browser. Users swipe the touchscreen or hit the space bar to reveal a narrative told through iPhone web searches, text messages, and app activities. 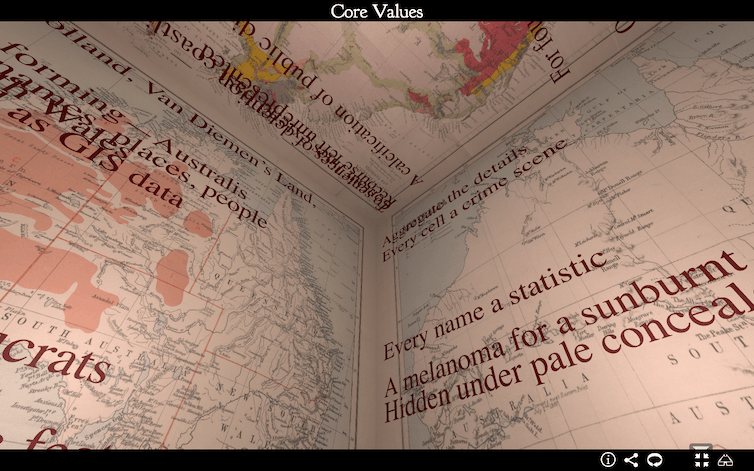 Piotr Marecki’s Cenzobot is a Twitter “bot” (an automatically generated Twitter account) that tweets fragments from real Polish censors’ reviews of publications from the communist era.

Marecki conceived of this project following the Twitter Bot Purge of February 2018. He suspects Cenzobot will also be purged. Indeed, it is the goal of his work.

Fragments from Luke Howard’s 1803 Essay on the Modifications of Clouds are pared down to produce Carpenter’s poetic verses with hypertext links that users can interact with. 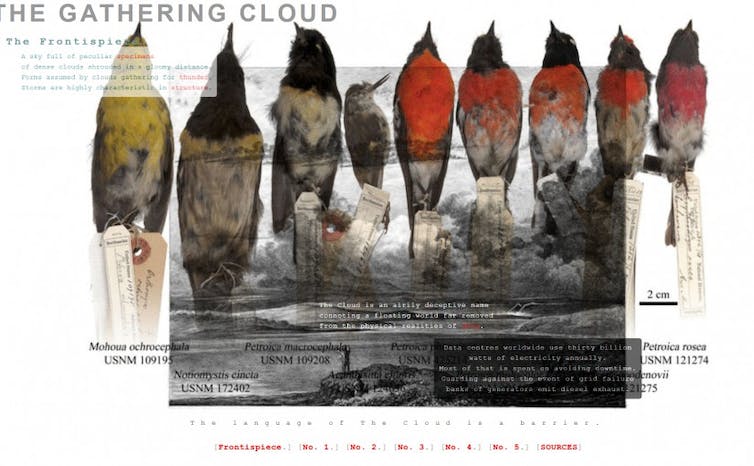 A Dictionary of the Revolution by Amira Hanafi is an experiment in multi-vocal storytelling. Hanafi created a vocabulary box containing colloquial Egyptian words. Hundreds of voices were then asked to define the evolving language of the Egyptian revolution.

Choosing cards from the box, subjects discussed what the words meant to them and how the words’ meanings had changed. This research informed the project that includes woven imagined dialogues around each term.

Users click on the word to learn the story behind its meaning. Each word is connected to several others, forming a linguistic maze users are encouraged to get lost in. A Dictionary of the Revolution is available in both Arabic and English. 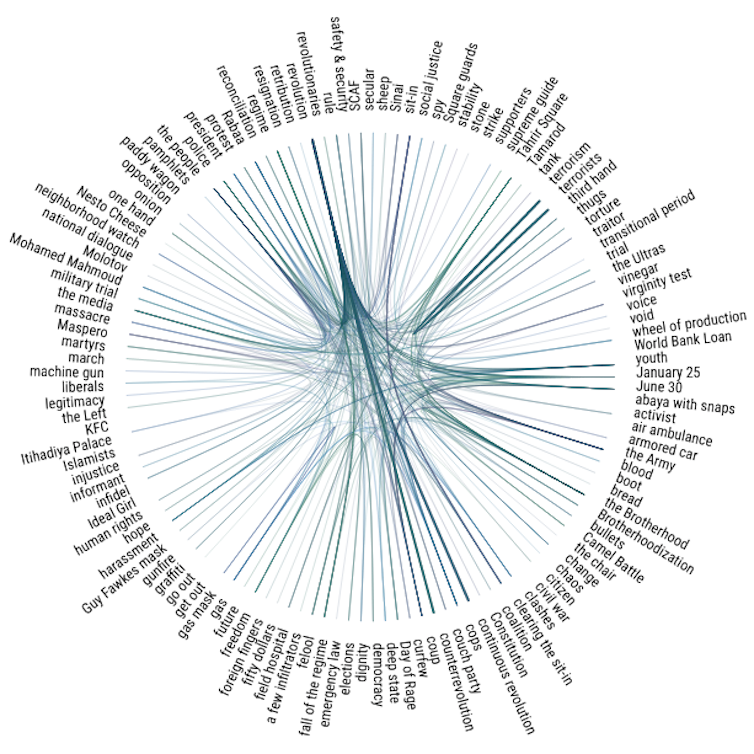 Amira Hanafi’s A Dictionary of the Revolution explores the language of the Egyptian revolution. Courtesy the artist

novelling by Will Luers, Hazel Smith, and Roger Dean is a novel combining text, video, and audio, available to read on a computer.

The work arranges media fragments in six-minute cycles to suggest a narrative between four characters. The interface changes every 30 seconds, or whenever the user clicks the screen, creating an ever-evolving story.

The Listeners by John Cayley is a third-party app that creates a work of spoken, interactive literature. It builds on the infrastructure of the domestic robot “Alexa” (it is also possible to experience The Listeners using a smartphone and the Alexa app).

The user begins by addressing Alexa, saying: “Alexa, ask The Listeners.” The Listeners responds, listening and speaking in its own way. The user may extend the performance by saying “Continue” or “Go on” or “I am filled with anger”. This work explores themes of surveillance, and the very notion of allowing a domestic robot such as Alexa into one’s home.

Nine Billion Branches is preoccupied with the poetry of the immediate world. Poetry exists beside photographs of escalators, garbage bins, and bedside tables. Much of Nelson’s recent work exists beyond the web, sometimes projected onto real buildings or landscapes.

This work emulates the conventions of early cinema. Just as early motion picture devices had the viewer look through a peephole window, the viewer (or reader) of Our Cupidity Coda is encouraged to treat the virtual reality headset in the same way.