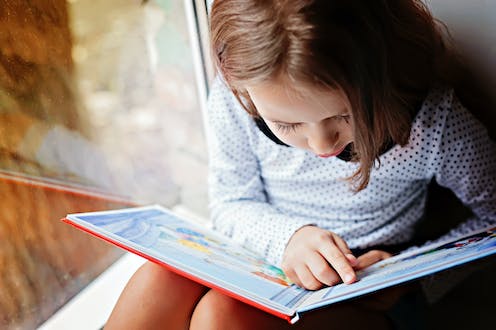 The Coalition says, if re-elected, it will invest A$10.8 million for “a Year 1 voluntary phonics health check for parents and teachers to ensure their children are not falling behind”. The aim of this is to lift Australia’s literacy standards.

The report shows one in five Australian children fail to reach the proficiency level in reading. But such findings are only part of the story. The (PIRLS) report also found 16% of Australian students reached the advanced benchmark, while 35% performed at the high benchmark and a further 30% reached the intermediate benchmark.

Phonics is already taught to children. What these data highlight is that literacy in Australia is both high quality, but low equity. The government would be better investing its millions in initiatives that support an approach to teaching that targets inequality, as well as supporting students at the intermediate benchmark to develop the skills to rise to the high benchmark.

Read more: Explainer: what is phonics and why is it important?

The proposal for a phonics test has been around for some time. The 2016 federal budget allocated money for Australia to adopt a similar phonics screening check that’s been used in the United Kingdom from 2012. The UK test asks children to read a list of 20 real words (such as baker, thrill and plastic) and 20 nonsense words (such as roopt, jound and scrope) to see if children can match sounds to letters.

The proposal to fund a voluntary online open-access phonics “health check” that can be administered by parents assumes teachers aren’t assessing children’s early reading knowledge and skills. This is wrong. Early years teachers implement a range of ongoing checks, including phonics checks.

They are trained to implement and monitor assessment and use their expert knowledge of each child to make decisions about what they will assess, and when they will do so. Each state and territory already produces a detailed range of early assessment indicators and monitoring maps.

The Coalition’s proposal also assumes a phonics check will add value to early years teachers’ monitoring and assessment. But an independent inquiry into the UK phonics screening check found 94% of participating teachers said that the phonics check did not provide any information on individual children which they did not already know.

The literacy benchmarks in the PIRLS report need to be understood in relation to other reported measures. For example, the PIRLS data also include a number of scales about children’s experiences in Australian schools, which are correlated with their literacy benchmark scores .

The test also reveals strong correlations between high achieving students and social factors. For instance, students attending more affluent schools scored 61 points higher, on average, than students attending more disadvantaged schools. Of concern, but not a surprising finding, was that students who reported arriving at school hungry every day scored 41 points lower, on average, than students who never arrived at school hungry.

The story in The Australian that drew attention to Australian children’s low rating in PIRLS pointed the blame at early years teachers who apparently were not teaching phonics, and university-based literacy teacher educators who weren’t teaching the teachers to teach phonics.

A re-elected Coalition government has promised to

ensure phonics is included in university teaching courses so that new teachers can teach phonics in their classrooms.

The Australian Curriculum: English devotes a whole substrand – phonics and word knowledge – to teaching phonics. This substrand includes phonological and phonemic awareness (the ability to identify discrete sounds in spoken language, and to reproduce and manipulate discrete sounds in oral language) and alphabet and phonic knowledge (the relationship between sounds and letters and how letters are combined to make sounds).

Politicians would be much wiser to spend their money on policies that allow teachers to teach in ways that nurture children’s sense of belonging in school, and making sure children are not hungry when they are trying to learn.