In the recent Julian Schnabel film about Vincent van Gogh, At Eternity’s Gate, Vincent asserts, “I am my painting”. The lives of certain artists are often viewed popularly through the prism of biography.

But in the contemporary art world, this perspective is not celebrated. Many art historians argue that the life of the artist should be viewed independently of the art. Indeed in Australia, suggests art historian Dr Sue Best, “This reductive [biographical] approach sheds almost no light on the art, except in some very unusual circumstances”.

For Aboriginal artists, however, their lives and ancestry are crucial to an understanding of the work they make and its often passionately political delivery.

Urban Indigenous artists (often art school trained and resident in the city) draw on subject matter from the change and trauma that European invasion wrought on their sovereignty. Aboriginal artists who live and work outside the city also make work about their connections to place, ancestry and its extension into deep time.

In the case of Aboriginal artist Fiona Foley (Badtjala, born 1964), her life builds a contextual narrative around her artwork, offering an insight into the important issues that she explores, as an artist, Aboriginal woman, spokesperson, curator, academic and cultural leader.

In the early 1980s, for instance, Foley found an image of a young, bare-breasted Badtjala woman dated c.1899 in the archives of the State Library of Queensland. It was captioned, “Aborigine, Fraser Island”. This young woman had been photographed without the dignity or recognition of a name. The image stimulated Foley’s protective desire on behalf of her ancestor. As she explains:

She had a name, and a birth year, and a role in society. She had a day that she died. There was no information at all with the photograph. She deserved more. I thought, ‘I could recreate that image. I’d have to reveal myself similarly, to do it bare-breasted’.

Foley’s emotional and familial investment in this story fuels the power of her photograph Native Blood (1994).

Indeed, most Aboriginal artists choose subject matter that relates strongly to their Aboriginality in their artmaking. This necessarily draws on their own personal story, what Aboriginal curator Djon Mundine has described as their “history, spiritual connection”. Writes Mundine:

For Aboriginal people there was never an explicit word for art, art is a cultural expression; a history of a people; a statement through a series of life experiences of self-definition; a recounting of an untold story; the bringing to light of a truth of history.

Likewise, life-writing specialists and academics Sidonie Smith and Julia Watson suggest that “personal narrative has been a venue through which Indigenous Australians have rewritten the history of encounter and state oppression”. An understanding of the level of trauma that Aboriginal Australians experienced during colonisation and since has been expressed through life narratives and art, and is crucial to the shifting national story.

The power of Aboriginal history and personal connections is evident in the work of artists such as Judy Watson (born 1959), who creates unframed canvases that move like water, reflecting her ancestry as a Waanyi woman. Their seductive aesthetic draws the events of the past into the present. 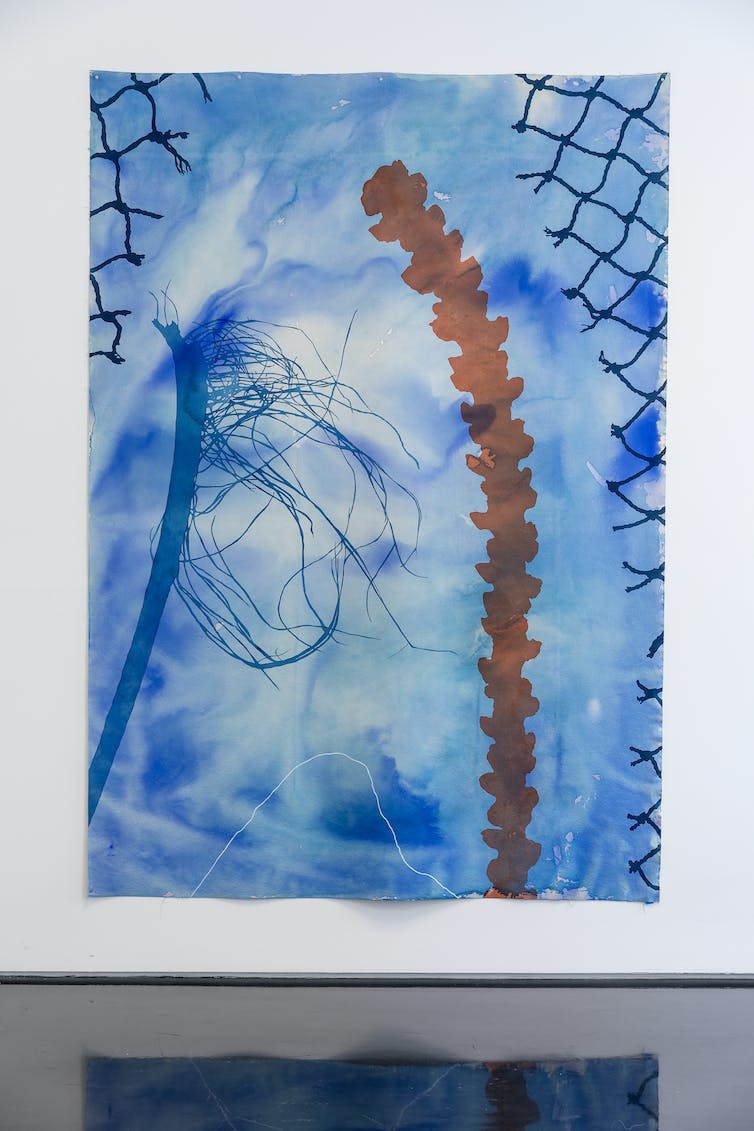 Dale Harding (born 1982) uses stencils and sprays paint directly on the wall to echo the cave paintings and carvings from his country in Carnarvon Gorge. 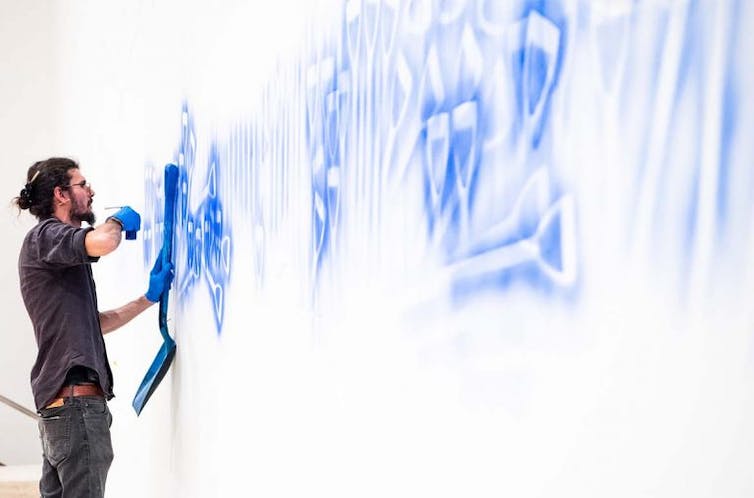 Michael Cook (born 1968) explores his identity as an Aboriginal man adopted into a white family through photographs that imagine alternative histories for Indigenous Australians.

Most recently, his Invasion (2018) uses tropes from sci-fi epics to portray the fear and confusion that would follow an invasion of over-sized Aboriginal people and Australian native animals in London. (The parallell here is with the experience of Indigenous people encountering the ships and muskets of colonisers in Australia 200-odd years ago). 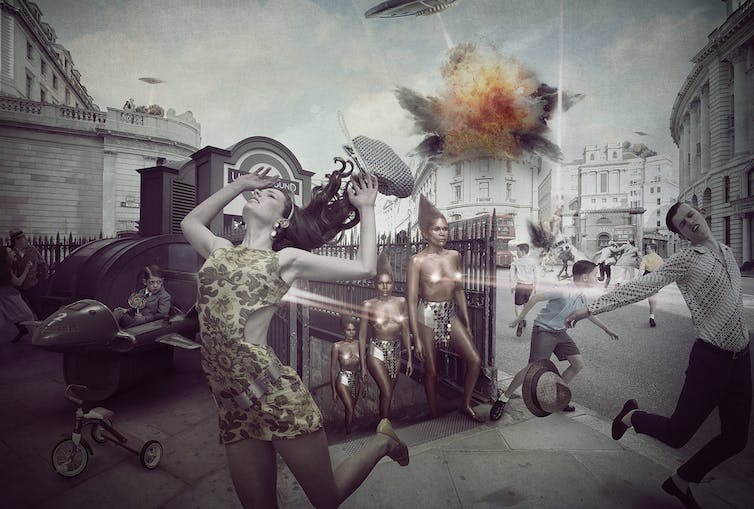 For Aboriginal artists, their lives and family histories lie at the heart of what they make and why. The prism of biography accommodates the broader cultural remit within which their art-making is located.