Are you allergic to penicillin? Perhaps you have a friend or relative who is? With about one in ten people reporting a penicillin allergy, that’s not altogether surprising.

Penicillin is the most commonly reported drug allergy. But the key word here is “reported”. Only about 20% of this 10% have a true penicillin allergy – so the figure would be one in 50 rather than one in ten.

People may experience symptoms they think are a result of taking penicillin, but are actually unrelated. If these symptoms are not investigated, they continue with the belief that they should steer clear of penicillin.

This can become a problem if a person is sick and needs to be treated with penicillin. Penicillin and related antibiotics are the most common group of drugs used to treat a broad range of infections, from chest or throat, to urinary tract, to skin and soft tissue infections.

The overestimation of penicillin allergies is also not ideal because it means people are being treated with a broader range of antibiotics than necessary, which contributes to the problem of antibiotic resistance.

To understand more about why so many people think they’re allergic to penicillin, we need to look at a brief history of the drug.

Penicillin (benzylpenicillin or Penicillin G) was first discovered in 1928 and first used in 1941.

It was grown from a mould, as it is today. The liquid nutrient broth the mould grew in was drained, and the penicillin purified from it.

In the 1930s and 40s, and even through the 1960s and 70s, purification techniques were not as efficient as they are today. So, many early allergic reactions are thought to be due to impurities in the early penicillin products – especially injections. 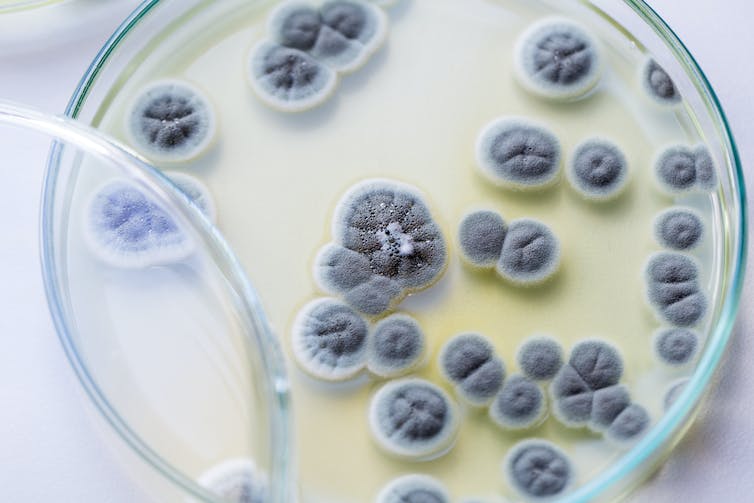 Penicillin is now more versatile and can kill a wider range of bacteria than in its earlier days. From shutterstock.com

Penicillin and the range of antibiotic compounds that followed it revolutionised how we treat bacterial infections.

This led to widespread, and sometimes inappropriate, use of these medicines. Antibiotics do not work against viruses, but are sometimes prescribed for bacterial infections that occur while people have viral infections such as glandular fever.

We know using penicillin while a person has glandular fever can cause a rash that looks like penicillin allergy but is not related.

People may report symptoms to their health professionals that seem like a reaction to penicillin. Perhaps these symptoms are not fully investigated because it takes time and can be expensive – they’re just put down to the common penicillin allergy.

Further, some people perceive other side effects of a penicillin antibiotic such as nausea or diarrhoea as an allergy, when these are not, in fact, allergy symptoms.

From this point, the penicillin family will not be used to treat these patients.

Read more: We know _why_ bacteria become resistant to antibiotics, but _how_ does this actually happen?

The problem of antibiotic resistance

An allergy to penicillin can also limit the use of some other antibiotics which may cross-react with the allergy.

Cross reaction occurs when the chemical structure of another antibiotic is so similar to the structure of penicillin that the immune system gets confused and recognises it as the same thing.

To avoid this, doctors need to look to antibiotics from other medication classes when prescribing patients with a documented penicillin allergy.

But we need to be careful when drawing on a wider range of antibiotics. This is because the more bacteria are exposed to antibiotics, the more likely they are to develop resistance to these antibiotics. 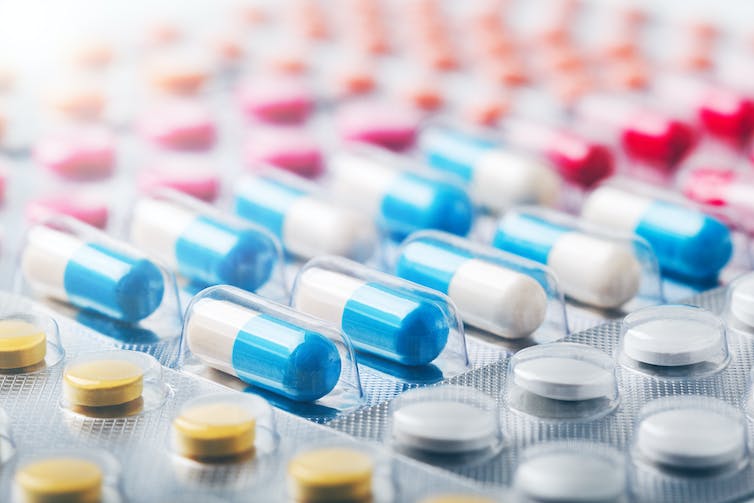 The range of penicillins we have today came from experimenting with the chemistry of the original penicillin molecule and changing its properties. From shutterstock.com

To address the growing problem of antibiotic resistance, we now try to restrict antibiotics as much as possible to the lowest level one that will kill the specific bacteria.

The penicillin family contains both narrow and broad-spectrum antibiotics. Ruling out this family and its “cousins” when we don’t need to can limit the choice of antibiotics and increase the chance of making other antibiotics less useful.

Can I get tested?

Under the guidance of your doctor, it is possible to be tested to see if you’re allergic – or still allergic – to penicillin.

A skin “scratch” test involves injecting a small amount of penicillin and monitoring for a reaction. Rescue medications will be on hand in case you do have a severe reaction. Your GP will probably refer you to an allergy specialist to get this done.

Read more: Common skin rashes and what to do about them

If you have been told you’re allergic, you should first try to find out when the reaction occurred and what happened in as much detail as possible.

Let your GP know all this information and he or she can then decide whether a skin test might be appropriate.

Do not try a test dose at home – the risk of a life-threatening reaction is not worth it.

And if you believe you are allergic to penicillin, the most important thing to do is tell each health professional (doctor, pharmacist, nurse, dentist, etc.) you come into contact with.