The Morrison government’s pre-election budget has not been the bonanza some predicted. It is a fairly modest affair.

But calculations by the the National Centre for Social and Economic Modelling, based at the University of Canberra, show the budget will widen the gap between rich and poor. This is because changes to the tax and welfare system most benefit those paying tax. Those who don’t earn enough income to pay tax benefit least.

The centre has calculated the impact of the the federal budget’s tax and welfare transfer changes by families, age groups and Commonwealth Electoral Division.

The threshold on which no income tax is paid remains the same, at A$18,200. 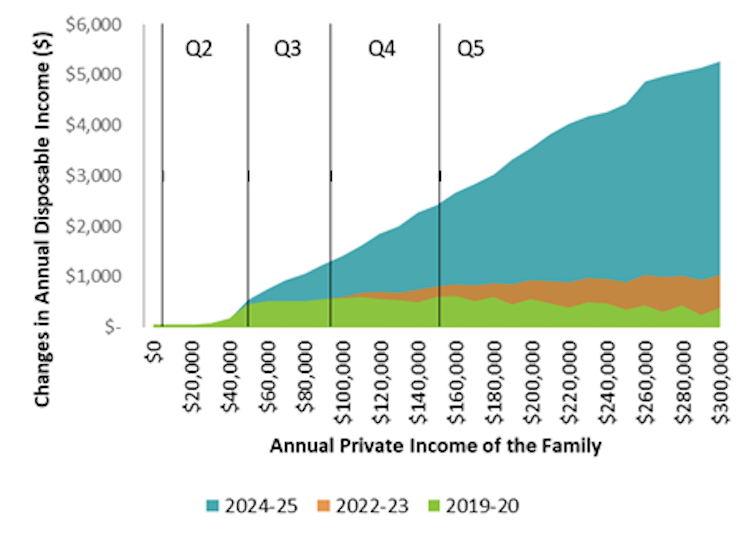 Figure 1: Impact of 2019-20 tax and welfare system changes by income and year of impact. NATSEM, Author provided (No reuse)

The important point to note is that changes to marginal tax rates and the income tax offsets affect anyone paying tax. There is absolutely no benefit to anyone not paying tax. Which is why there is very little gain for those on incomes below $40,000 (the top of the second income quintile in Figure 1). The gain for those in the first income quintile (who mostly earn no private income) is even lower. 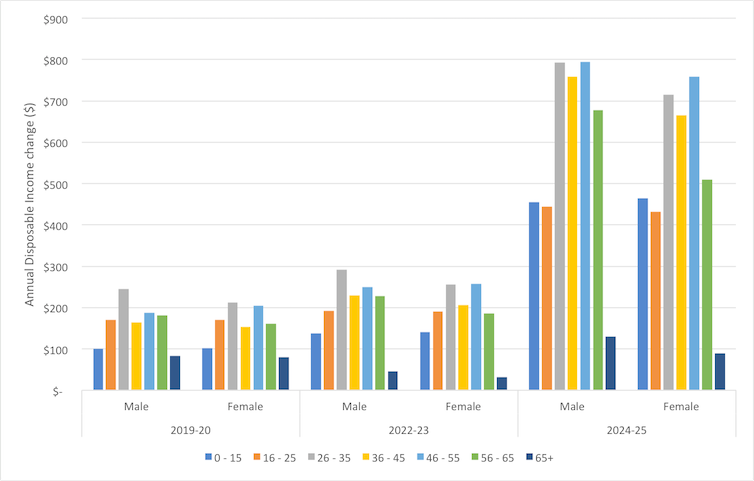 Figure 2: Impact of 2019-20 budget tax and welfare system changes by age group and year of impact. 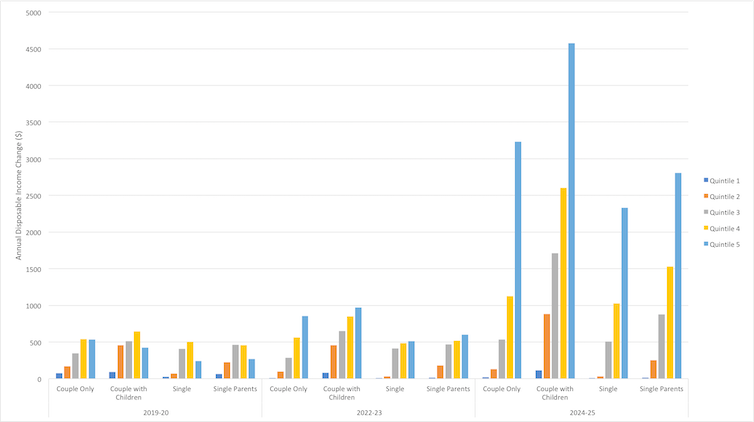 The main reason for this is that couples with children commonly have both parents working and paying tax, therefore tax changes benefit these families more.

When it comes to the impact by Commonwealth Electoral Division (Figure 4), we can see that by 2024-25 urban areas gain the most, and regional areas the least. 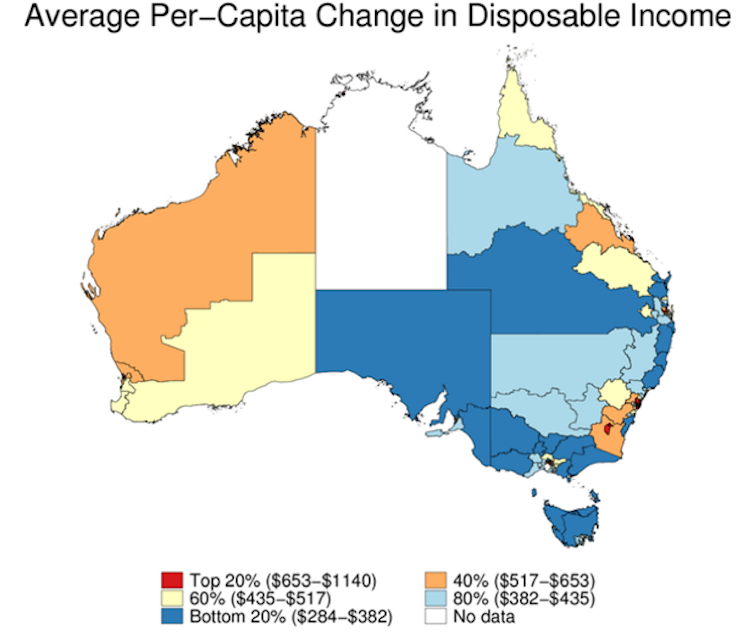 The budget’s effect on the poverty rate – the proportion of households living on less than 50% of median income – is to reduce it by 0.2 percentage points by 2024-25. This is a fairly small reduction. But due to the tax cuts in 2024-25 raising the net incomes for high-income households, this means income inequality will be higher.

Read more: Future budgets are going to have to spend more on welfare, which is fine. It's spending on us

The 0.2 percentage point decrease compares to an 0.8% percentage point reduction that NATSEM’s modelling estimates would result from raising the Newstart allowance by A$75 a week from what it is now.

The message from this analysis is that the changes to the tax and welfare system in this budget benefits those with higher incomes and who are paying tax, with little to no gains in future years to some of those low income earners who aren’t paying tax.