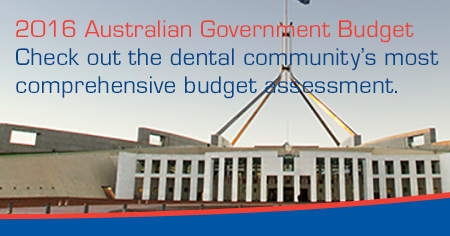 Changes to company tax rates for small and medium-sized enterprises set out in this week’s budget deserve bipartisan support according to the Australian Dental Industry Association (ADIA), the peak business organisation representing manufacturers and suppliers of dental products.

“The company tax plan in the budget set a clear path over ten years to reduce the tax burden on business. To provide business with the confidence to use these new policy settings to make business decisions, we call on all sides of politics to support the plan,” said Troy Williams, ADIA Chief Executive Officer.

“Two thirds of ADIA’s members have turnover of less than $10million per year and it is these businesses that stand to benefit most from the changes to company tax set out in the budget. It will provide both the funding and incentive to reinvest in their business so that they can grow, create jobs and operate sustainably,” Mr Williams said.

“For some time ADIA has had an established policy position that the business taxation should be no greater than the OECD average. The ten-year goal to reduce company taxation to 25 per cent achieves this,” Mr Williams said.

About The Australian Dental Industry Association —