Tapping Elbows is not the answer to Coronavirus 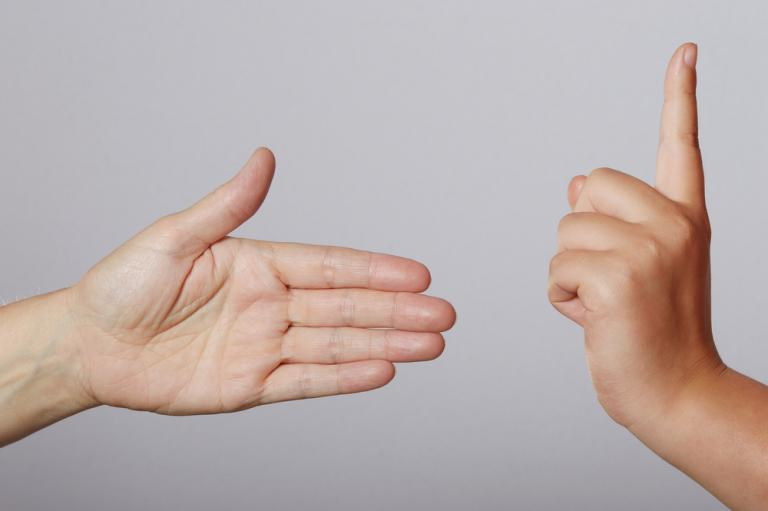 Coronavirus has spelt the end of the handshake for the time being. But what now? The elbow bump has become the move of choice, but is that the answer?

You know things have gone sour when the handshake has taken a tumble. This 2,500 year old ritual has been threatened before, for instance, during the SARs epidemic, when the World Health Authority recommended the fist pump. But the handshake never rests for long and our challenge is to simply find a temporary alternative.

People are getting creative. Prince Charles was seen adopting the namaste greeting when meeting Pierce Brosnan at the Princes Trust Award and then swiftly forgot when he met Sir Kenneth Olisa.

Prince Harry used the elbow bump at the Commonwealth Day service and a myriad of prominent Americans from Vice Presidents to late night television hosts have followed suit.

Quite frankly anything may be a better choice than a handshake from our Australian Prime Minister, Scott Morrison, given his recent charades with the technique.

But the elbow bump as the solution is not a great one.

The reason for the lack of adequacy for this form of greeting is three-fold.

Firstly, no matter how hard you try, the elbow knock is emotionally unsatisfying.

Elbows are boney. They are hard. No one rubs their elbow for enjoyment and there is nothing to show that tapping in that area raises the much needed cortisol levels.

Secondly, Agreeing with English behaviouralist, Mark Bowden, elbows are not seen as warm fuzzy tools of greeting, but rather, tools of aggression. “When people put their hands on their hips, they’re not only trying to make themselves look bigger by expanding their chest area. They’re trying to create bony points with their elbows in order to say, look, if you were to attack me, you’d run into these, sharp pointy things. Often behaviourists liken them to the spines of a lizard that will flash them out around its head area, when under threat.”

Given the current stress levels, anything that triggers a fight response, is probably best left off the agenda.

Thirdly, one could argue that an elbow may carry the infection, but given our lack of ability to get fluids to the elbow most experts claim this is unlikely. Instead, the actual problem is that if it is not six feet, it is not safe.

Andrew Mehle, a professor of microbiology and immunology at University of Wisconsin, reiterated, the major route of infection is through the air. Dr. Mehle suggests that we abide by the social distancing measures that have been touted in recent days, which “urge people to give each other at least a six-foot berth and which have been shown to work in limiting, if not breaking, transmission chains”.

If you want to minimize your risk as much as possible, social distancing has to be the answer. Here are four options to help you make that palpable until our beloved handshake retakes its rightful place.

1. Dr. Philip Tierno, Jr., professor of microbiology and pathology at the NYU School of Medicine suggests ‘Hi’ by raising your hand to a person, or holding your hand over your heart and saying ‘Hi.’

2. Bowden suggests holding your “hello” hand up like you might at a swearing in, at chest or face height. “That’s a signal we’ve had across cultures that says, ‘I’m unarmed. I have no tools, I have no weapons, I have nothing to hide.’”

3. Like Prince Charles, the namaste may be right for you

4. Or like Donald Trump, it is my choice, to engage with the arm wide hug.


Remember, key is to keep a smile, keep your breath low in your body and keep your eye contact with soft blinks. These tips will keep you safe, send warm messages and keep the show on the road in these enormously stressful days and I look forward to shaking hands with you some time in the future soon.

Louise has a PhD in Business, and degrees and masters in Organisational Psychology as well as Music.

She speaks and coaches leaders globally and her program, The Mahler Method teaches leaders the vital techniques to ‘be heard’ in hostile environments. 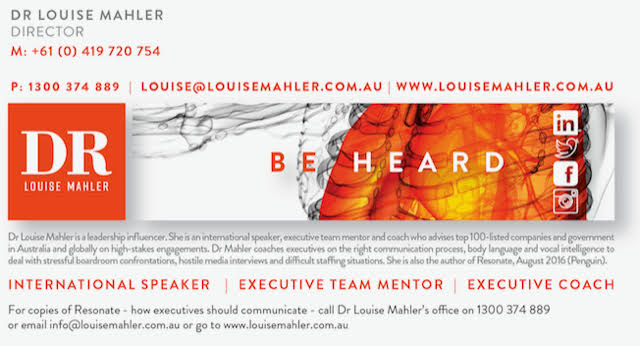