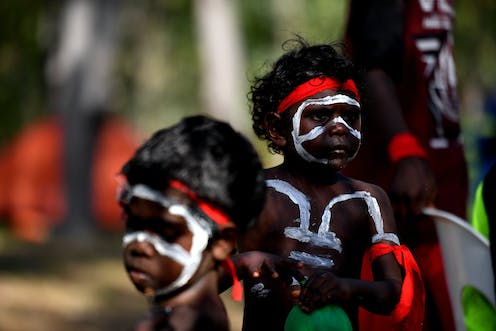 The 2020 Closing the Gap Report was tabled in federal parliament on February 12. It showed there are still significant gaps in almost all of the targets. Only early child education attendance and year 12 attainments were on track.

We believe these goals may be better achieved by comparing outcomes within the diverse Aboriginal and Torres Strait Islander populations rather than comparing them with non-Indigenous Australians. Even better would be to measure changes in the targets – actual improvements – rather than having a sole focus on gaps.

Comparing Indigenous and non-Indigenous populations provides very little information about pathways to improving outcomes. There are several reasons for supporting a different approach.

How the outcomes vary between these populations would be much more informative than just lumping them all together to compare with the non-Indigenous population.

Second, the Closing the Gap pathways, in terms of child mortality, early childhood education, school attendance, literacy and numeracy, year 12 attainment, employment and life expectancy, are complex. They are often a result of forced removals, marginalisation, racism and inter-generational trauma. Very few non-Indigenous people have such complex antecedent problems, so cannot be compared to those who do.

A gap analysis focuses on the negative rather than the positive. We should look at and applaud the percentages of Aboriginal people who are meeting the targets, in spite of all that has been thrown at them in the past 232 years.

We need to acknowledge that if non-Indigenous people had experienced the appalling interventions the First Nations have, we would be in similar circumstances. We could of course compare Australian Indigenous outcomes with similar populations in New Zealand, Canada, the Americas and the Northern Arctic, all of whom have had similar but not identical colonising interventions.

Studies led by one of us (Sandra Eades) include a cohort study of Aboriginal youth called Next Generation, and others focused on infants and children, called Defying the Odds and ICaRe. The ICaRe study is focused on reducing Aboriginal child removals.

All of these projects use a strengths-based approach to analyse why so many of these young people do so well, in spite of their histories of trauma and neglect. We believe concentrating on these positive pathways will inform preventive strategies more than a focus on negative risk factors does.

A comparison between First Nations groups could identify those who are performing well on Closing the Gap targets and those who are not. If we also gathered information on the characteristics of these different groups, it would answer the question of why these groups are achieving better outcomes.

Comparisons between other First Nations peoples in other countries could also help us understand which policies and practices are influencing successes. There is very good evidence from Australia and overseas that major factors in improving outcomes include strong culture (language and events), strong First Nations councils, Aboriginal-controlled services and access to land. It is also important that those services are welcoming, trusted, not racist, and valued by and connected to mainstream services.

When the prime minister presented the Closing the Gap report to parliament, he acknowledged “we” (non-First Nations) had got “it” wrong and that the solutions would only come from Aboriginal people themselves. If ever there was a rationale for having an Aboriginal voice enshrined in the constitution, this is it.

There is really no excuse now for Aboriginal people not to be given the capacity to control their own destinies. It is being called for by the beautiful Uluru Statement from the Heart, which was virtually a consensus of all First Nations across the nation. Why we demand a consensus from such a diverse group of peoples seems ridiculous, given the diversity mentioned earlier. But it happened, and all Australians should respond to this statement with positive intent.

There are national First Nations movements that would enable them to take over the Closing the Gap process. One is the important Indigenous Data Sovereignty movement, which is growing in momentum and capacity around the nation. There are great examples of the success of services when First Nations have control of their own data.

An Indigenous research network is being developed with National Health and Medical Research Council support. This will be a truly national, collaborative and capacity-building group of health researchers funded to manage their own data and research. In other areas of research and policy development, such as education, disability, housing and justice, Aboriginal researchers are increasingly working in key institutions and services to make a difference to outcomes.

Rather than just repeatedly reporting on a facile “gap” year after year, let’s get serious about really improving First Nations chances in this country. We all have so much to gain.