Interest in Aboriginal fire knowledge has been high since last summer’s terrible bushfires. One initiative shows the huge potential benefits of this ancient practice – not just in Australia, but globally.

Australia’s bushfire royal commission is currently looking at how Aboriginal knowledge can be incorporated into mainstream fire management. So let’s take a closer look at how it’s already working in Australia and abroad. 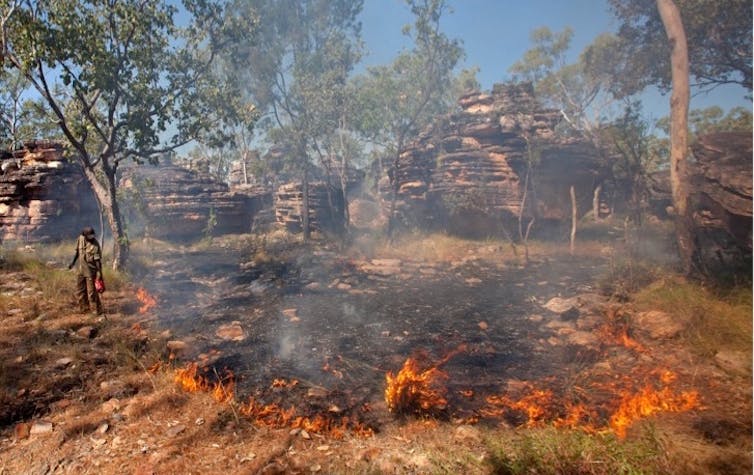 Over thousands of years, Aboriginal people in Australia have used fire to manage natural resources, and as an integral expression of culture.

Burning was often undertaken in the early dry season, when fires can develop gently and be easily controlled. Such burning removed fuels such as grass and leaf litter that might otherwise cause bigger fires. It also retains the canopy and other plant matter, and so preserves habitat for animals.

Over time, following the colonisation of Australia, indigenous land managers were forced off or left their traditional lands. Their absence has allowed large and intense bushfires in the late dry season to increase.

Traditional fire management techniques were first reintroduced at scale in Western Arnhem, in the Northern Territory, in 2007. Now there are 76 such projects – more than half either owned by, or significantly involving, an Aboriginal community.

Since the projects began, the total area affected by destructive wildfires has fallen. This reduces emissions because fires caused by cultural burning are less intense and extensive than large wildfires. This reduction is recognised by the federal government as carbon credits, generating more than A$90 million for communities so far. 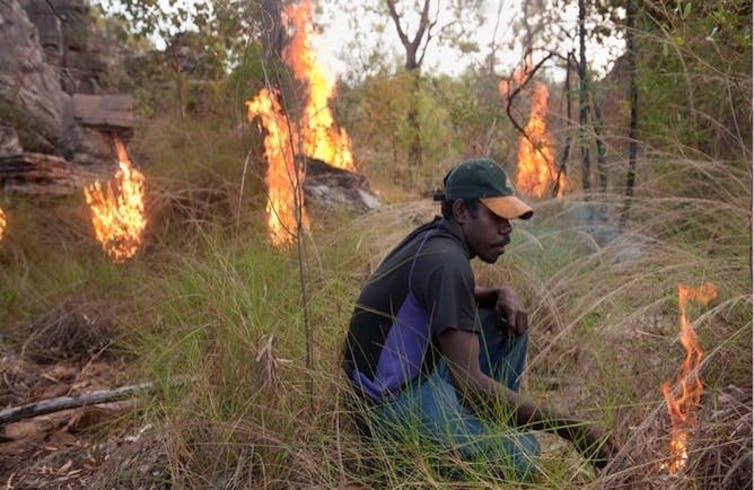 The initiative focuses on fire-prone savanna landscapes which globally account for more than 60% of carbon emissions from fire each year. Principally funded by the Department of Foreign Affairs and Trade, it comprises an active network of indigenous organisations, traditional owners and experts.

Botswana was the first site to prove that transferring this knowledge is possible. Among the reasons it was chosen were its savanna landscapes and a tradition of fire management by its own indigenous people.

The first ranger exchange took place in May 2019, when Indigenous rangers from Northern Australia travelled to Botswana at the invitation of the Botswanan government.

In savannas outside the town of Maun, Botswanan firefighters pitted their controlled burning skills against Australia’s indigenous rangers.

The Botswanans applied European-style fire suppression techniques they’ve adopted over the years. This involved fire trucks and 30 people. They ignited the windward side of their area, let the fire race through and then extinguished the flames.

It was 38℃, the wind was strong and the bush was dry. It was no surprise the fire was intense and all that remained was a charred landscape.

In contrast, two Australian indigenous rangers used hand-held devices called drip torches to weave a path of fire through their area. Their block was gently burnt using the wind, the bush and their skill – clearing out undergrowth and leaving green-topped trees.

The demonstration emphatically convinced the 300 spectators, who comprised most of Botswana’s firefighting community, that the skills of Australia’s indigenous rangers were effective in Botswana’s savannas.

Indeed, the techniques used by the visitors are not dissimilar to traditional Botswanan fire methods. The common ground was reflected when the two groups exchanged almost identical fire sticks when the rangers visited a nearby community.

Last year, Botswana sent a delegation to Northern Australia to learn more about the techniques. 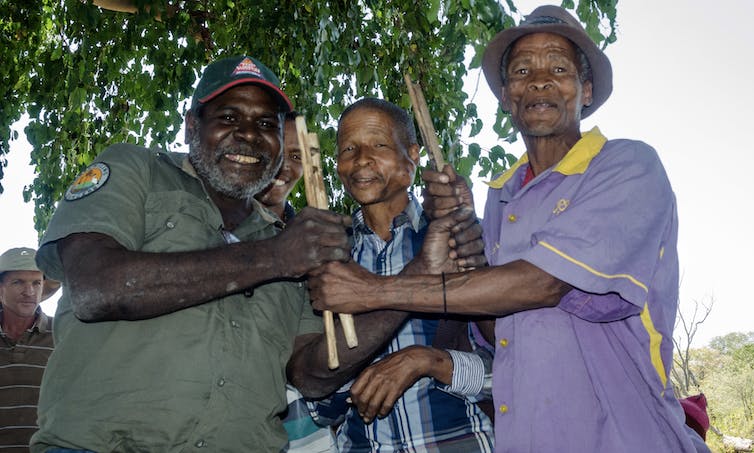 The degradation of savanna landscapes in Australia following colonisation is replicated around the world.

Globally, bushfire management is dominated by the concept of fire suppression rather than prevention. Fighting fire with fire seems counter-intuitive to many people. But the Botswana experience shows these attitudes can be changed quickly.

Another key lesson is that convincing people and communities to use traditional fire techniques requires real-life demonstrations. Trying to make the point through lectures, simulations and written material has limited impact.

And creating networks is essential to connect the few experts and limited resources. Knowledge of traditional fire management around the world is scarce, and experience even more so. In Botswana for example, only a few community elders still have this knowledge. 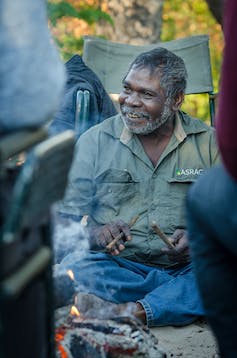 The indigenous Australian rangers quickly convinced Botswanans of the merit in their fire methods. ISFMI

The experiences also show scale is key. A couple of small sites, with a few local people involved, is not enough to manage wildfires effectively.

We are now working on expanding this Australian technology to other promising sites in Angola, Namibia, Zambia, Zimbabwe, Mozambique, Brazil and Timor Leste.

Many other countries are interested in adopting these techniques. New funding, including from the private sector, is needed to scale up traditional fire management internationally.

Read more: Australia, you have unfinished business. It's time to let our 'fire people' care for this land

The following people made important contributions to this article: