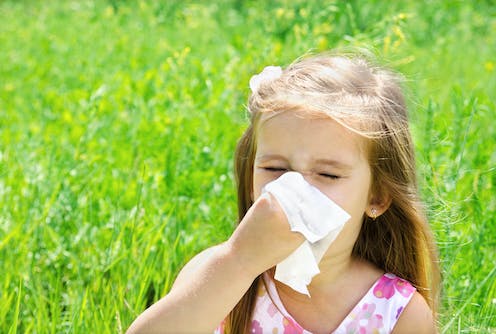 Boogers, snot, bogeys and boogies are the common names for dried nasal mucus. Our nasal mucus is normally a clear, runny substance. However, as it moves closer to the surface of our nose it loses moisture to the air, dries out, and starts to harden.

Boogers, snot, bogeys and boogies are the common names for dried nasal mucus. Our nasal mucus is normally a clear, runny substance. However, as it moves closer to the surface of our nose it loses moisture to the air, dries out, and starts to harden.

Mucus is a stringy and slippery fluid released from inside your nose and other areas of your body such as your lungs and stomach.

This is important as it protects us from breathing in things that might make us sick or may be poisonous.

Sometimes it is runny, or sometimes it looks thick and slimy, or even squishy like chewing gum.

Read more: Curious Kids: Why does my snot turn green when I have a cold?

But why is it sticky?

Mucus has something called mucin in it. Mucin helps mucus stick to unfamiliar things you breathe in like pollen, dust, dirt and some germs.

It stops these things getting into your airways and damaging your extremely delicate lungs.

Your body then clears out the mucus by coughing it up or blowing it out through your nose.

You can also get rid of it by swallowing it. If mucus is swallowed it will end up in your stomach where it will be destroyed by the stomach’s acidic juices. 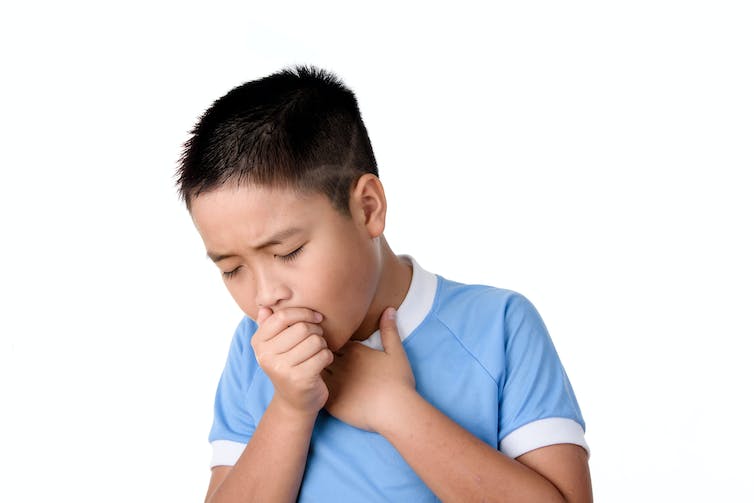 Your body might get rid of mucus by coughing. TinnaPong/ Shutterstock

It usually takes about six hours for your body to clear germs and other unwanted things from your airways.

Read more: Curious Kids: why do I have boogies and why does my nose keep replicating them?

Where can mucus be found?

Mucus isn’t only in our airways. We also have mucus in our stomach and guts.

How it looks and what it does depends on where in the body it’s made.

In your airways it’s thin and moves quite a bit. But in the stomach it’s much thicker. This is because it has other roles, like protecting the stomach lining from acid.

What changes when we’re sick?

A runny nose might make us reach for a tissue. Christian Moro/Author provided

When you’re sick, your body releases chemicals that make your nose runny.

This helps you to get better faster because mucus doesn’t only get rid of germs, it also has special chemicals in it that stop many germs growing.

It also makes you cough which helps you get rid of germs more often.

When you’re sick your mucus may be full of germs. Be sure to use a tissue, throw it in the bin and wash your hands after you blow your nose.

But mucus is not always easy to clear out.

Sometimes mucus can become very thick, which makes it harder for your body to get rid of. This may be because of germs, or just because you need to drink a bit more water.

Drinking enough water helps to keep mucus moist so it can do its job. It also helps clear the germs and unfamiliar things from your body faster.

Things like herbal teas, a steamy-hot shower or chicken soup also might help when you’re sick, as warmer temperatures soften the mucus and help it move more quickly. 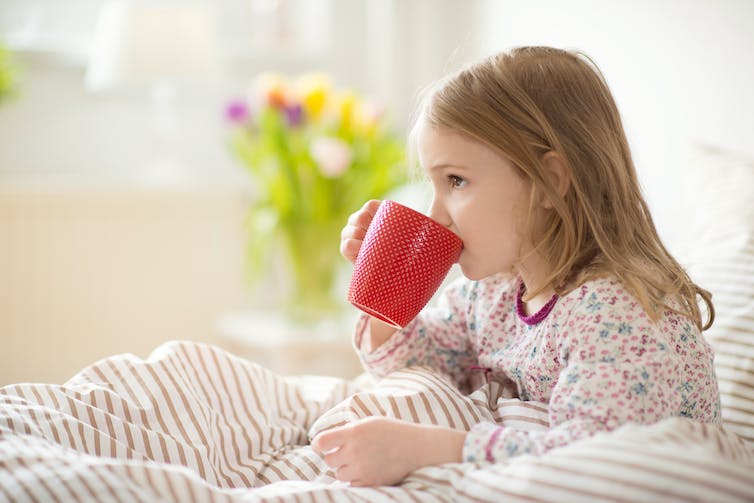 Read more: Curious Kids: how does our blood fight viruses like chicken pox and colds?

But what about the colour?

If you’ve looked at a tissue after blowing your nose, you might have noticed the mucus you’ve blown out of your nose can be a range of different colours.

These colours give us information about what’s going on inside our bodies: