As a food waste researcher, I’m interested in how humans prepare food, eat and manage leftovers. This interest is not just confined to Earth – it extends to other planets.

I recently spent two weeks at the Mars Desert Research Station in the US state of Utah, and experienced the intimate and challenging conditions of a Mars mission simulation. I was part of a small, isolated team of four with limited choice of food, preparation and cooking options.

I wanted to know how these conditions would affect the food waste we generated. This research is particularly pertinent now, as COVID-19 forces people into social isolation and raises the (real or imagined) risk of food scarcity. 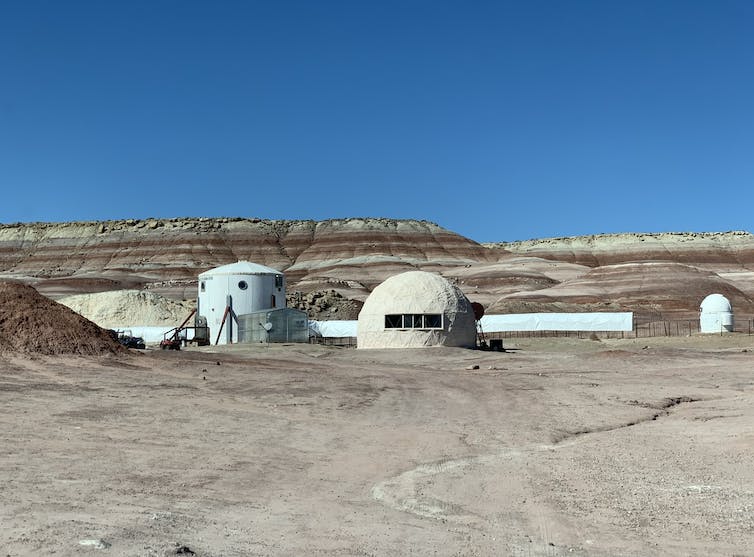 According to the latest figures, in 2016-17 Australia produced 7.3 million tonnes of food waste. And every year, each one of us sends almost 300kg of food to landfill.

Meanwhile, an estimated 5% of Australians experience food insecurity – inadequate access to, supply of and use of food.

Food waste in landfill produces methane, a potent greenhouse gas. Tackling this is a key part of taking action on climate change.

The Mars Desert Research Station is run by the Mars Society, a volunteer-driven non-government organisation dedicated to the human exploration and settlement of the red planet. 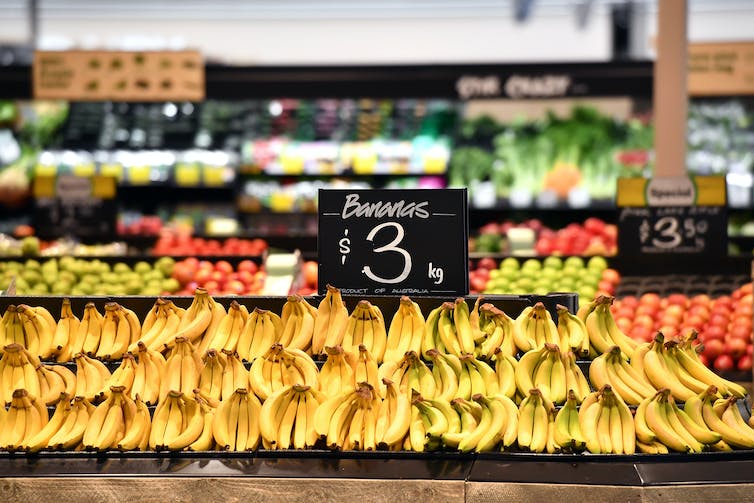 My research involved detailing the quantities and nutritional profile of our food waste over the fortnight, comparing inputs with the waste generated.

I collected data for spoilage, preparation and “plate waste” – the food served but not eaten. It was a painstaking process. For each meal, I weighed chopping boards, pots, pans, dishes and utensils containing food scraps. I then washed, dried and reweighed them. 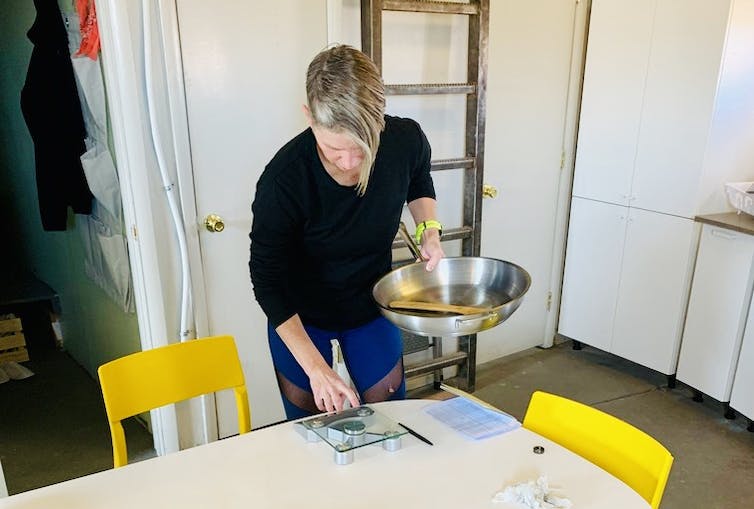 The author weighed pots and pans to gather her results. Supplied by author, Author provided (No reuse)

Australian households waste around 1.325 kilograms of food each week; our crew produced less than one-tenth of that.

This is not surprising as the food supplied was not perishable, being either dehydrated or tinned. Most waste (86%) was produced during preparation (for example, thick soup stuck to a pot) and 12% was left on plates.

The need to rehydrate food and then cook large meals suitable for sharing (such as rice and pasta) meant food was commonly left in pots and pans. They are stickier, and the food is more commonly overproduced.

Carbohydrates were wasted more than fats or proteins. Carbohydrates such as rice, spaghetti and flour comprised 57% of the total food supply but contributed 63% of waste.

Read more: 'I could sow the seeds of a new civilisation': Mars One hopeful's vision of a stellar future

This is not unusual – carbohydrates provide less nutrient density but more bulk than protein or fats, and are often cheaper. We value individual items in a meal subjectively, and sometimes consciously ensure the most valuable components are fully consumed.

Affluent societies, where food is assured, may not see reducing waste as a necessity, or may value time saving, illness prevention, or freshness over waste avoidance.

But research has shown less waste occurs when food availability is constrained, such as during economic downturns. But even then, some food is still wasted. 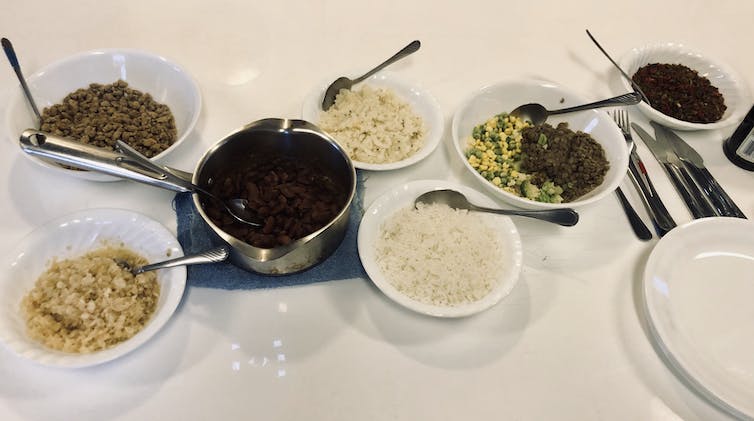 Getting the results right

I didn’t want my own low-waste food behaviour to influence my fellow crew members. So unlike them, I consumed a protein shake-based meal for every meal. Monotonous, but necessary to avoid skewed results.

But my colleagues knew I was monitoring them, and they modified their behaviour - a phenomenon known as the Hawthorne Effect.

One crew member said he was conscious to waste less food during preparation and dining. Another said being observed liberated him to dine like he would at home, cleaning his plate entirely, rather than leaving some uneaten (a social custom in some cultures).

Read more: Melbourne wastes 200 kg of food per person a year: it's time to get serious

The third crew member began keeping water used to rehydrate one meal, and using it to rehydrate the next meal – something he might not have done if not being observed.

This indicates my results probably underestimated how much food would be wasted in an unmonitored scenario. 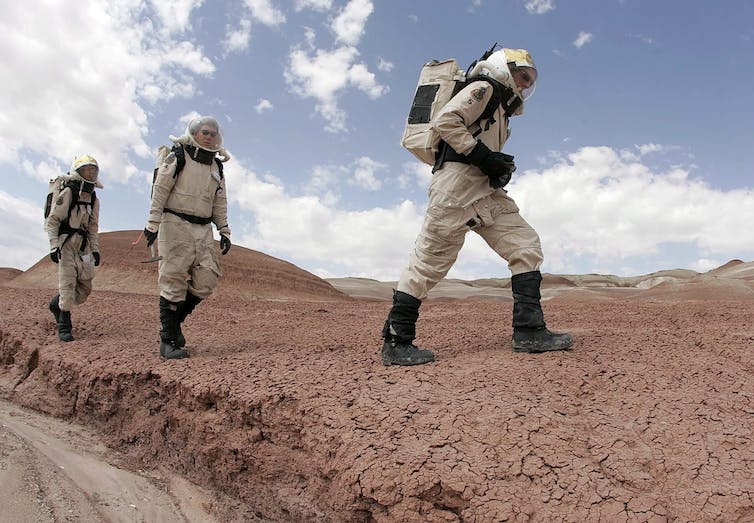 My research highlights that non-perishable food can create less waste in constrained circumstances - a finding highly relevant during the COVID-19 pandemic. Also, waste is more likely when preparing meals that alter in form (such as cooking dried rice) and/or combine multiple ingredients.

Also, waste is generated differently due to individual human behaviour responses and our socioeconomic background.

These lessons are timely. Member states of the United Nations, including Australia, aim to halve food waste by 2030. These steps can help:

• buy only what you need, and will use

• if you run a food business, divert excess consumable food to food rescue organisations and charities that feed the hungry

• where possible, give food waste to animals, such as backyard chooks

• composting food in your backyard or a community garden

• Allow ample time to eat, as more waste is generated during rushed mealtimes.

Humans crave a variety and abundance of food. But self-interest should not allow us to deplete what is actually a shared, limited resource.

Read more: Before we colonise Mars, let's look to our problems on Earth