The coronavirus pandemic means public spaces the world over have been temporarily abandoned. Major roads are all but empty and public squares are eerily quiet.

In response, nature is in some cases “taking over towns”. Some reports – such as dolphins spotted in Venice – are fake news. But others are legitimate.

A puma has been spotted roaming the streets of Santiago and wild turkeys are gallivanting in Oakland, California. Monkeys have reclaimed city streets in Thailand and deer are wandering through train stations and down roads in Japan.

Of course, COVID-19 has taken a devastating toll on humanity, and this is nothing to be celebrated. But as Australians stay at home and our streets fall quiet, let’s consider how wildlife might respond. 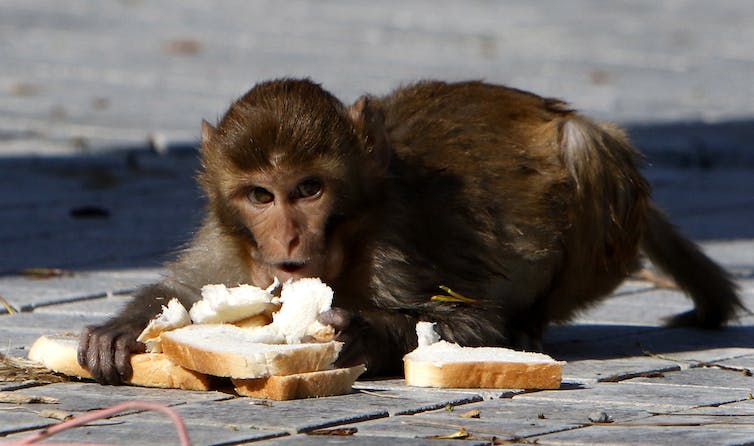 Animals the world over are creeping back into cities deserted due to COVID-19. SOHAIL SHAHZAD/EPA

The resilience of nature

Throughout history, nature has shown a propensity for reclaiming land once humans have departed.

At Chernobyl for instance, radiation has not been enough to suppress populations of gray wolves, raccoon dogs, Eurasian boar and red fox.

Likewise the Korean demilitarised zone has become a refugia for numerous threatened species, including red-crowned cranes.

Ecological succession can occur when humans abandon cities. This is where short-lived “pioneer” species initially occupy sites and are replaced over time by shrubs and trees, ultimately supporting more diverse wildlife.

It’s hard to predict exactly how healthy and biodiverse these systems can become, but they will almost certainly be examples of “novel ecosystems”, having crossed irreversible thresholds due to human impact, such as vegetation reclaiming an abandoned building.“ 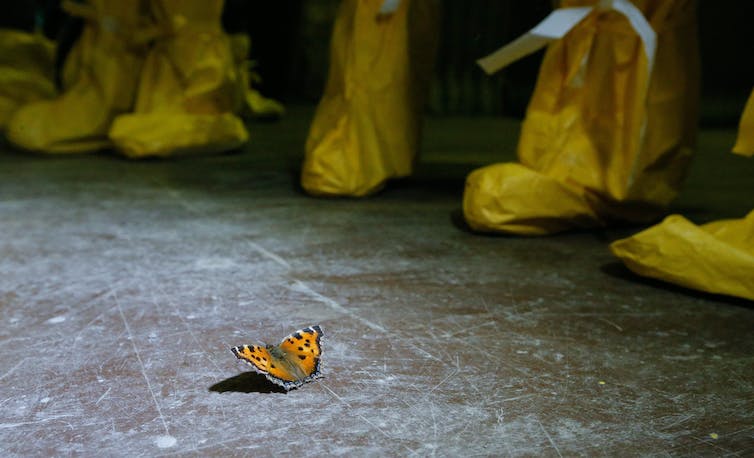 A butterfly on a floor in front of visitors in protective shoes at the Chernobyl nuclear power plant in April 2018. SERGEY DOLZHENKO/EPA

Cities can be hostile places for urban wildlife due to fragmented habitat, pollution, road collisions and disturbance from and conflict with people. But under a coronavirus lockdown, these threats are greatly reduced.

For example, decreases in economic activity in Europe and China have led to improvements in air pollution, which is known to badly affect urban birds. However this effect might not last long enough to allow for recovery of sensitive bird species; emissions in China are already back on the rise.

Light pollution may also fall in cities as a result of coronavirus – such as if office buildings turn off overnight lighting and sportsgrounds are empty.

This would benefit nocturnal species such as moths and bats. Artificial light can interfere with reproduction, predator and prey interactions, and migration.

At the end of March, traffic congestion in Sydney and Melbourne was reportedly down more than 30% on last year. Fewer cars and trams would benefit species that communicate acoustically (such as frogs and birds). 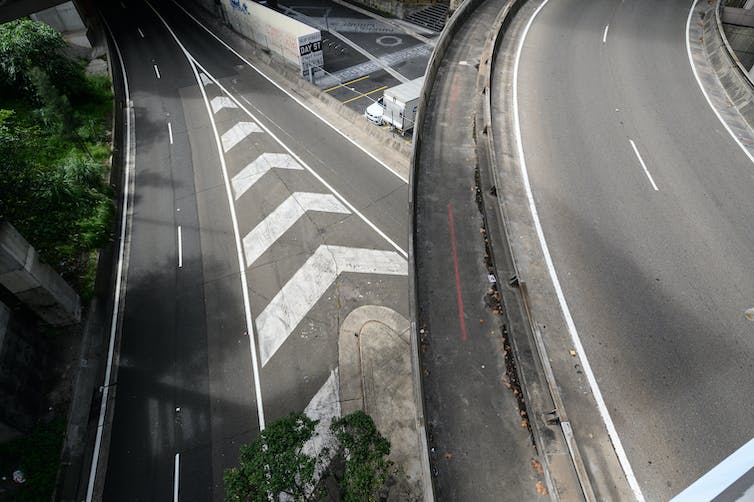 Empty roads near Circular Quay, in Sydney on March 27 this year. JAMES GOURLEY/AAP

Depending on whether authorities see weed control as an "essential service”, streets may soon look a bit greener.

Weeds often get a bad rap for taking over gardens and roadsides. However some, such as dandelions, provide excellent flowering resources for native bees, butterflies and birds.

Deserted roads could potentially add to existing wildlife “corridors” or strips of vegetation along rivers and streams. This would allow species to move from one place to another – potentially recolonising areas.

Once traffic returns to levels observed before the pandemic, we should preserve observed animal movements using safe passage strategies such as vegetated overpasses that connect bisected habitat or adequately sized underpasses to allow wildlife to safely cross under large, busy roads. 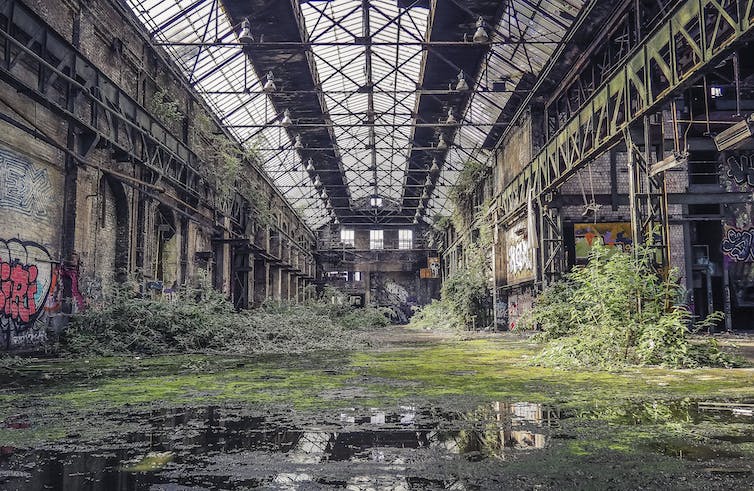 Nature can reclaim places that have been totally abandoned for years, creating novel ecosystems. Pixabay, CC BY

In the longer term, this crisis may bring innovation in business communication and human behavioural change – including reduced work travel. This could influence land use changes in cities, potentially giving space back to nature.

The current need for people to stay at home might be triggering a human disconnection from nature. In some cases, this can lead people to become emotionally distanced from what happens to their natural environment. This could be ameliorated by exercising in local parks or other natural environments.

You can also use your time at home to positively contribute to wildlife in your urban area. If you’re looking to keep kids entertained, try developing a “re-naturing” plan that aims to care for, or bring back, a species or ecosystems.

There are also many ways to retrofit your home, garden or balcony to help plants and animals.

Or discover the incredible species living alongside us by simply paying attention to nature near your home.