Prime Minister Scott Morrison this week announced sweeping measures to stop the spread of the coronavirus in Australia, including bans on indoor gatherings of more than 100 people and a warning for Australians not to travel anywhere in the world.

However, Morrison’s press conference is still grossly inadequate when it comes to the government’s overall response to the pandemic. The problem, from the beginning, has been a lack of clarity and structure.

In principle, most of what the prime minister said this week would have been far more relevant last week. It’s too late and not enough.

Not a role for politicians

The prime minister should not be the front-man for this effort. This was clear from the government’s response to the HIV/AIDS crisis in the 1980s, and it’s clear now.

The only role of the federal government in a health crisis, as we found in the HIV response in the 1980s, is to understand there has to be national response instead of everyone doing their own thing in the states and territories.

Back in the 1980s, the federal government brought everyone together and got the experts who knew what needed to be done to figure it all out in the spirit of cooperation. And the politicians just got out of the way. Then-Prime Minister Bob Hawke and opposition leader Andrew Peacock understood that completely.

Had we done this in January, when the coronavirus began to spread in China, we would not be in this mess now.

Read more: Trust in politicians and government is at an all-time low. The next government must work to fix that

This is not a national response, with the best interests of the Australian people at heart. This is a response created for political reasons by politicians, and it’s been deeply deficient.

The government should have turned to virologists, epidemiologists, public communications experts in January and told them to use their expertise to make recommendations in the best interests of the county.

We should then have had one address to the nation by the governor-general putting in place a committee of non-partisan, trusted experts to direct all aspects of the public health response.

Politicians should convene the experts and implement their recommendations.

While Morrison is loved by his supporters, he’s not loved by his opponents. There is no reason for the prime minister to take this on, unless the person standing next to him is the leader of the opposition.

Inconsistency on messaging leading to chaos

Another major problem with the government’s response thus far has been its inconsistency on messaging.

For example, on Friday, the recommendation of the government was to limit mass gatherings to 500 people, but the prime minister decided this ban would only take effect on Monday. Morrison said at the time he still planned to go to the football on the weekend – a decision he later backtracked on for fear his attendance would be “misinterpreted”.

For the public, this kind of messaging leads to deep confusion and lack of clarity as to what is really going on. There should be no gatherings of any size whatsoever – and this should be implemented as soon as possible. 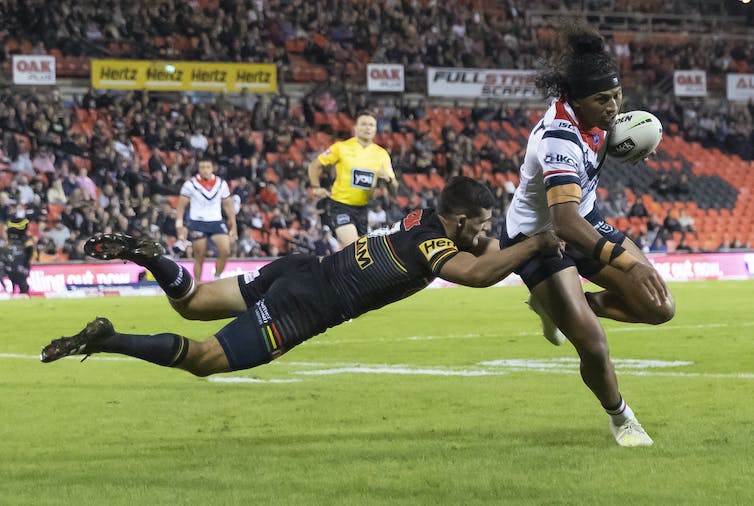 The government caused confusion by announcing a ban on gatherings to take place after a weekend of rugby games. Craig Golding/AAP

As for the broader public awareness campaign around the virus, there has been none. There’s be no campaign of the sort that’s been happening since the end of January in Taiwan, Hong Kong, South Korea and Singapore.

Read more: Why Singapore's coronavirus response worked – and what we can all learn

There’s been no mobilisation of the public, no sanitisation or disinfection of busses, trains and airports. All of this should have taken place since the end of January, when Asian countries saw what was coming and started putting precautions into place.

There is also still no clarity about testing in Australia. You cannot get a straight answer from people about how many test kits there are in the country.

Australia’s chief medical officer, Brendan Murphy, wrote to doctors on Friday that in some regions of Australia, they have run out of test kits completely.

The public doesn’t know what’s going on, the truth has been held from them. As a result, it is time for rationing of food in supermarkets and for the presence of police to be sustained at supermarkets and hospitals.

The government is promising a multi-billion “safety net” package, but many young people who are about to be, or have already been, sacked from their work don’t know where their next paycheck will come from.

What Australians can do

The Australian people must now take control of this crisis. It is time for the people of Australia to take control in a caring, sharing and loving way. We need to refrain from panicking, to restore order in our communities, our supermarkets and our hospitals.

There has got to be a consistent national approach. And we need to depoliticise the response.

People don’t trust the politicians. They need to just get the people who know what they’re talking about and get out of the way.