creMost of us are probably familiar with the concept of psychological trauma, the impact on an individual’s psyche caused by an extremely distressing event.

But there’s another kind of trauma. A collective disturbance that occurs within a group of people when their world is suddenly upended.

Consider the Buffalo Creek flood of 1972, in which a dam burst at a West Virginia coalmine, inundating the town and killing 132 people. Visiting the region the year after the disaster, sociologist Kai Erikson noticed that in addition to ongoing personal trauma, there was a “collective trauma”. The community as a whole appeared to be in a permanent state of shock.

As Erikson noted in his book, Everything in Its Path, the floodwaters left more than physical damage in their wake. They also damaged the relationships and routines that had defined life for generations. Without these social anchors, the community struggled to find meaning and purpose and became disconnected in ways that outlasted the effects of individual psychological trauma.

Collective trauma is a term that’s gained prominence in communities and the media in the wake of the unprecedented Australian bushfire crisis. 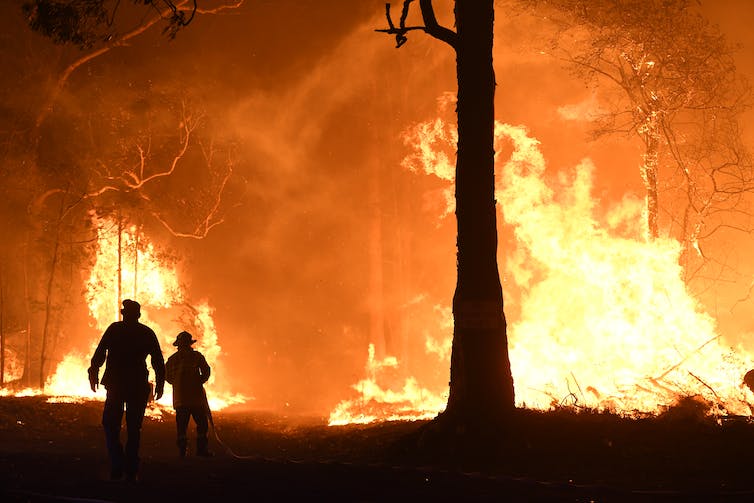 The concept of collective trauma has risen to prominence in the wake of Australia’s bushfire crisis. Dean Lewins/AAP

What do we mean by collective trauma?

The concept of collective trauma has its roots in the work of French sociologist Émile Durkheim. He suggested that our norms, values and rituals are the foundations of social order. They provide the basis for connectedness and social cohesion, pillars of what we now call resilience.

Collective trauma occurs when an unexpected event damages the ties that bind community members together. It’s easy to see how a town-levelling flood might have this effect. Not only are communities physically destroyed, but the social ties that bind them together are also damaged.

The damage inflicted by this summer’s unprecedented Australian bushfires can be viewed through a similar lens. We know events like these can challenge the way we think about the world, undermine our perceptions of safety, and rupture social bonds.

Australian trauma expert Rob Gordon believes social disconnection or “debonding” causes profound disruptions to community life. This undermines the social fabric of the community, which is one the most important recovery resources we have.

The effects of the bushfire crisis may be particularly profound for Indigenous Australians who have unique needs given the cultural relevance of land, as well as pre-existing health inequalities.

Connection is key to treatment

Over the years, there have been a range of interventions used to help reduce post-traumatic symptoms among groups of traumatised people. Many of these approaches have been community-based interventions that aim to facilitate psychosocial recovery.

Collective trauma is not currently a diagnosable condition in the Diagnostic and Statistical Manual of Mental Disorders (DSM), which is a handbook used by health care professionals to assist in the diagnosis of mental disorders.

However, in the latest version of the DSM, the criteria for PTSD was updated to include indirect exposure as a potential source of traumatisation. While this was an important step forward, there is still a considerable gap between what the DSM views as indirect trauma exposure and what history has taught us about collective trauma. 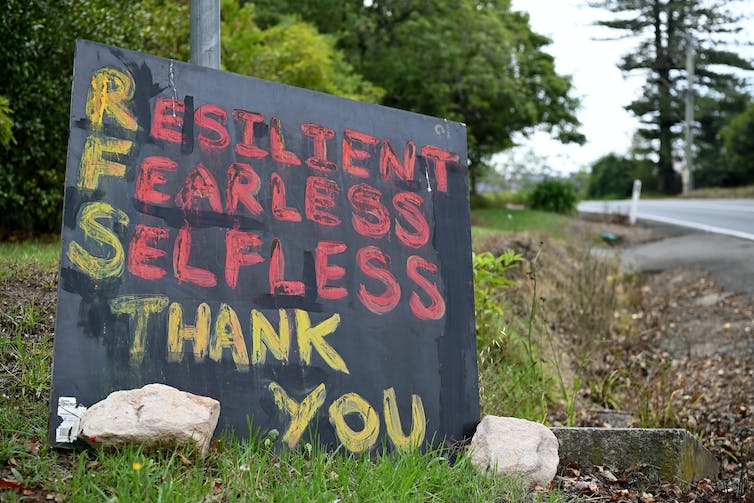 Recovering from the bushfire crisis will take more than just rebuilding physical structures. We also need to repair the social bonds that uphold communities. Joel Carrett/AAP

While concrete policies for the treatment of collective trauma are still largely absent, organisations such as the Australian Red Cross have developed guidelines for supporting communities before, during and after collective trauma events.

We know that connection to community matters for those who have experienced trauma. Recognising the power of connection for healing and finding ways to make that happen is key to improving well-being and resilience.

Read more: Rebuilding from the ashes of disaster: this is what Australia can learn from India

This can be achieved through community-based therapeutic interventions like “social reconnection groups”, which have been used to help communities recover from disasters such as the Ebola crisis, prolonged war and conflict in the Middle East, terrorist events, and natural disasters.

Unfortunately, community-based therapeutic interventions are not well understood. The effects they can have on the recovery of the community at large need to be studied further.

What have we learned?

Australians have experienced several significant events that have taught us important lessons about collective trauma, including the Port Arthur Massacre (1996), the Black Saturday bushfires (2009), Sydney’s Lindt Cafe Siege (2014), attacks on pedestrians on Melbourne’s Bourke Street (2017 and 2018), and a mass shooting in Margaret River in Western Australia (2018). 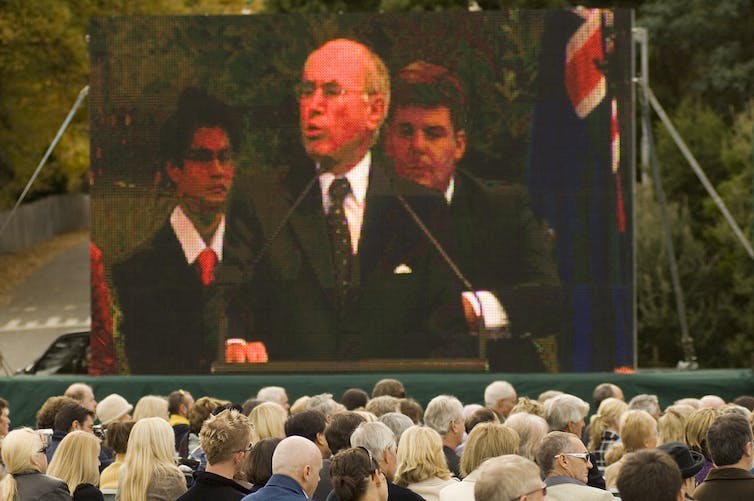 Events like the Port Arthur Massacre in 1996 have challenged us to think about how we can restore community bonds as well as treating traumatised individuals as part of our response to disaster. Matthew Newton/AAP

After such events, mental health professionals and community organisations can play a crucial role in providing support. They can empower people to identify and meet their basic needs, and promote a sense of safety and social connectedness. Psychological First Aid and Mental Heath First Aid are useful tools for building resilience, enhancing empowerment, and breeding hope.

To recover from the bushfire crisis, we need to harness these approaches. And if experiences from other collective traumas are any indication, it will likely take years and a great deal of imagination for us to figure out where we go from here.