But then it began to rain, and rain. Sydney water storages jumped from 41% in early February to 75% now – the highest of any capital city i...

But then it began to rain, and rain. Sydney water storages jumped from 41% in early February to 75% now – the highest of any capital city in Australia.

This is great news for the city, but it comes with a big caveat. Floodwaters will undoubtedly wash bushfire debris into reservoirs – possibly overwhelming water treatment systems. We must prepare now for that worst-case pollution scenario. 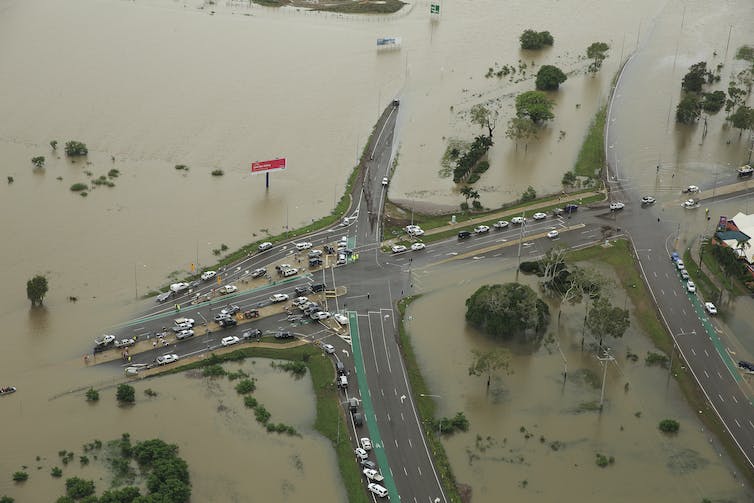 Water in Sydney’s dams may be polluted from heavy rainfall, meaning people might need to boil their drinking water. Andrew Rankin/AAP

Other Sydney water storages, including Nepean and Tallowa dams, are now at 100%. WaterNSW report that 865,078 megalitres of extra water has been captured this week across all Greater Sydney’s dams.

This dwarfs the volume of water produced by Sydney’s desalination plant, which produces 250 megalitres a day when operating at full capacity. Even at this rate, it would take more than 3,400 days (or nine years) to match the volume of water to added to Sydney’s supply this week.

The Warragamba Dam before the drought and after the recent heavy rains.

But then comes the pollution

Thankfully, the rain appears to have extinguished bushfires burning in the Warragamba catchment for months.

But the water will also pick up bushfire debris and wash it into dams.

Waterways and ecosystems require nutrients like phosphorous and nitrogen, but excess nutrients aren’t a good thing. They bring contamination risks, such as the rapid growth of toxic blue-green algae.

Drinking water catchments will always have some degree of contamination and water treatment consistently provides high quality drinking water. But poor water quality after catchment floods is not without precedent. 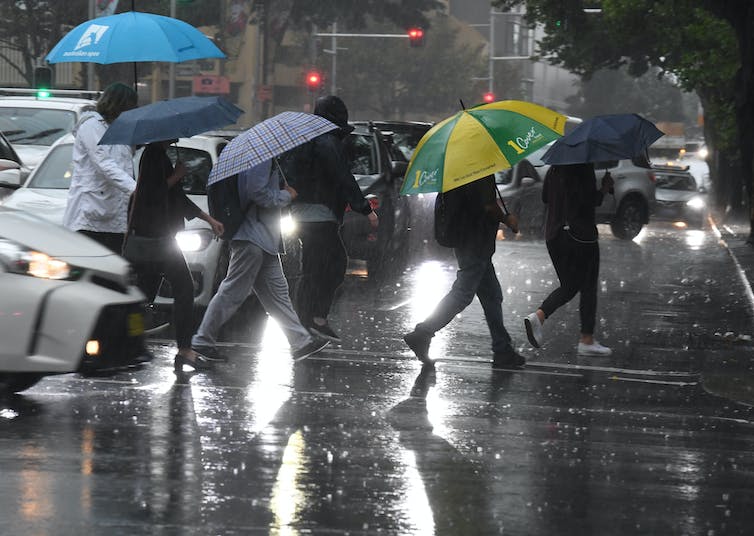 Sydney’s welcome rain may have unwanted side effects. Peter Rae/AAP

We’ve seen this before

This triggered the Cryptosporidium crisis, when the protozoan parasite and the pathogen Giardia were detected in Sydney’s water supplies. It triggered health warnings, and Sydneysiders were instructed to boil water before drinking it. This event did not involve a bushfire.

The Canberra bushfires in January 2003 triggered multiple water quality problems. Most of the region’s Cotter River catchments, which hold three dams, were burned. Intense thunderstorms in the months after the bushfire washed enormous loads of ash, soil and debris into catchment rivers and water reservoirs.

This led to turbidity (murkiness), as well as iron, manganese, nitrogen, phosphorus and carbon in reservoir waters. The inflow of organic material also depleted dissolved oxygen which triggered the release of metals from reservoir sediment. At times, water quality was so poor it couldn’t be treated and supplied to consumers.

The ACT Government was forced to impose water restrictions, and built a A$38 million water treatment plant. 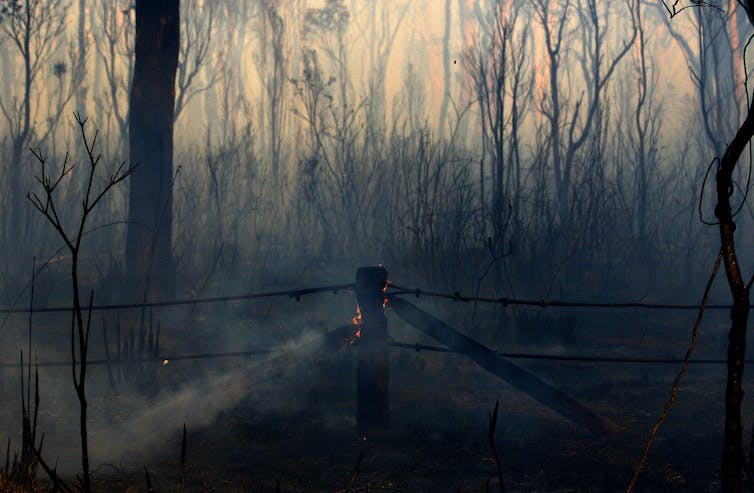 Sediment from burnt land can wash into water supplies. AAP

Have we come far enough?

Technology in water treatment plants has developed over the past 20 years, and water supply systems operates according to Australian drinking water guidelines.

In December last year, WaterNSW said it was aware of the risk bushfires posed to water supplies, and it had a number of measures at its disposal, including using booms and curtains to isolate affected flows.

However at the time, bushfire ash had already reportedly entered the Warragamba system. 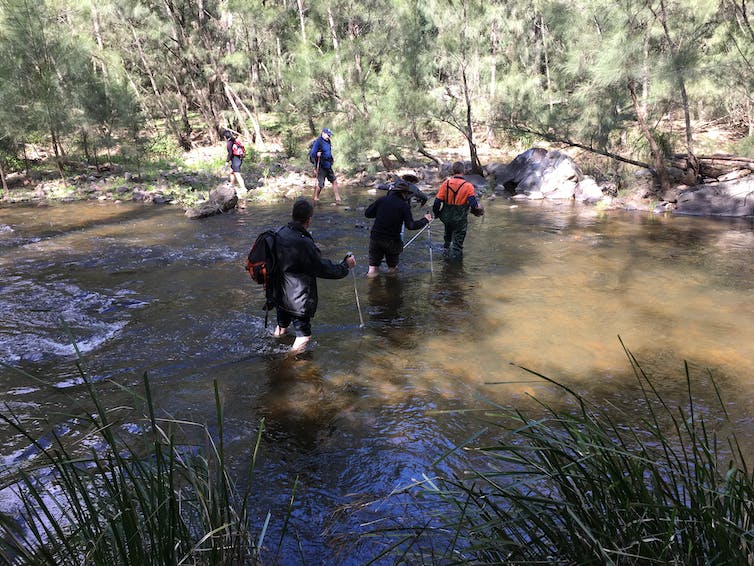 Sydney’s water storages may have filled, but residents should not stop saving water. We recommend Level 2 water restrictions, which ban the use of garden hoses, be relaxed to Level 1 restrictions which ban most sprinklers and watering systems, and the hosing of hard surfaces.

While this measure is in place, longer term solutions can be explored. Expanding desalination is a popular but expensive option, however greater use of recycled wastewater is also needed.

Read more: 80% of household water goes to waste – we need to get it back

Highly treated recycled water including urban stormwater and even treated sewage should be purified and incorporated into the water supply. Singapore is a world leader and has proven the measure can gain community acceptance.

It’s too early to tell what impact the combination of bushfires and floods will have on water storages. But as extreme weather events increase in frequency and severity, all options should be on the table to shore up drinking water supplies.